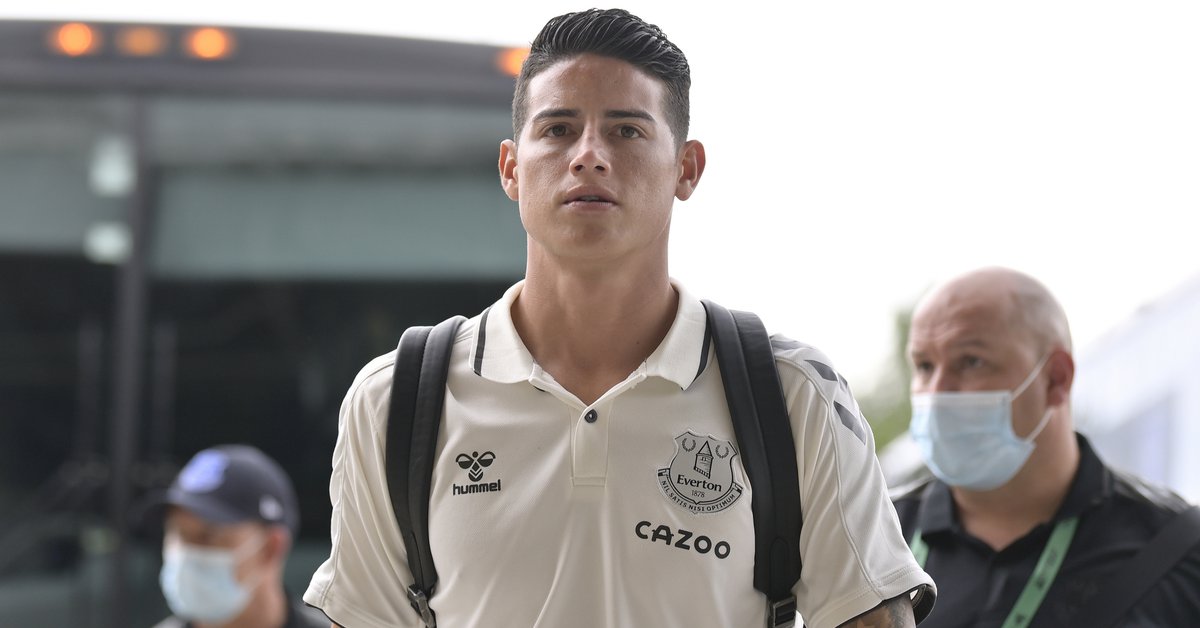 James Rodríguez is waiting to define his future for next season – Photo: Twitter @EvertonESP

With the arrival of Rafael Benítez at Everton, rumors about the future of James Rodríguez have not stopped. This week there was talk that Başakşehir, the Turkish team, was interested in signing the Colombian 10, but the player market closed this Wednesday and nothing was finalized with the midfielder.

This proposal became known after the Turkish journalist Yagiz Sabuncuoglu commented that the Basaksehir would have presented a formal offer for the midfielder, which seemed to indicate that they would request the loan of the player for this season.

Now, this same journalist mentioned this Wednesday, September 8, that the two clubs reached an agreement, but that the player was not convinced to go to that country. “Although Basaksehir signed with Everton for James Rodríguez, so far they have not been able to convince the player,” he said through his social networks.

And likewise, the Turkish journalist assured that after several negotiations the Turkish club could not reach an agreement with either James or his representative, Jorge Mendes. On the other hand, the English newspaper Liverpool Echo published that: “The Colombian has been the object of interest of Basaksehir, but with the closing of the Turkish window on Wednesday, it seems likely that he will stay at Goodison,” the publication reads, which added that there was also an option in an “anonymous club in the Middle East.”

Now, it should be noted that salary is one of the obstacles for the player to join another team. Who wished for the former player of the Real Madrid and the Bayern Munich it should have the financial capacity to pay 8.3 million euros a year more variable. For clubs like him AC Milan from Italy This was a high value for the age of the player, who turned 30 in 2021.

On the other hand, it must be taken into account that another obstacle is the sum of the constant injuries suffered by James Rodróguez. Although he was able to complete the full preseason for the 2021-2022 season with Everton FC, the Colombian in the last Premier League missed several games due to a series of injuries that, according to the player’s own words, did not allow him to be 100%. James has not been taken into account this season after having close contact with a positive case of COVID-19 that forced him to isolate himself for 15 days.

Now, it is true that currently his relationship with Everton is complex, because in addition to the problems already mentioned, he missed the first two games against Southampton and Leeds and did not play the third against Brighton, as he had few training sessions.

Finally, it must be taken into account that with the arrival of Rafael Benítez, doubts about his ownership in ‘Los Toffes’ and his future intensified, because when the Spanish coach directed Real Madrid and James was playing the ‘Merengue’ team , Benítez did not take it into account. In addition, after his arrival, the Spanish was always reserved about the future of the Colombian, since he limited himself to saying that he had him until August 31, although he was never very interested in keeping him.

James Rodríguez: they are the women who accompanied him on a yacht in Ibiza, Spain
Santa Fe took away an unbeaten eleven game from Nacional after beating it 2-1 in the quarterfinals of the BetPlay Cup