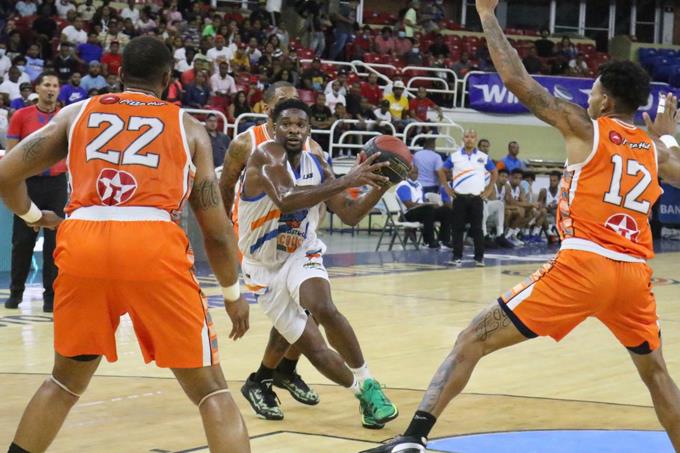 The National District Titans reached their third final in the era of the National Basketball League (LNB) by defeating the Cañeros del Este 81-68 in a series B game held at the Virgilio Travieso Soto of the Olympic Center.

With the victory, the Titans win the series 3-1 and will face the Leones de Santo Domingo in the final that begins this Sunday, from 6:00 in the afternoon, at the Virgilio Travieso Soto.

Richard Bautista flirted with a triple-double with 18 points, eight rebounds and the same number of assists, while Luis Montero contributed with 18 points, five rebounds and four assists, and both players were decisive in the victory of the Titans, who return to a final for the third time. They had already done it in 2013 and 2014.

Achraf Yacoubou also contributed 13 points and 10 rebounds, while Tyrone Nash finished with 12 points and nine balls recovered by the winners.

For the Cañeros, who shot for 31 percent from the field (22 of 69), Jeison Colomé had 21 points; Jeffery Allen scored two with 12 rebounds; Isaiah Swann finished with 15 points and eight rebounds, and Trey Freeman 11.

The Titans dominated at will on the fast break 31-14 and the points in the paint 34-20, shooting for 41 percent from free throws against 65 percent of their rivals, who lost 18 balls to 16 from the locals.

“We went out to look for the final. When they underestimate us that motivates us to go out and give it our all. This team always comes from behind to execute the plan, ”said Richard Bautista after the game.

“I must give credit to the team and the motivation that we had since I arrived. This will be a good series against the Lions, ”commented Luis Montero.

The Titans capitalized on the counterattack very well, with 13 points against the Cañeros’ nine, as well as in the paint, who dominated 22-14 to go into halftime with a nine-point advantage (47-38).

In the third quarter, the Cañeros executed an individual pressure on the entire court and combined with the eight shots missed in the period by the Titans, it allowed the locals to discount to win the quarter 20-15 to get closer by four points (58-62).

The final series of the National Basketball League (LNB) starts this Sunday, at 6:00 in the afternoon, between Lions and Titans at the Virgilio Travieso Soto of the Olympic Center.