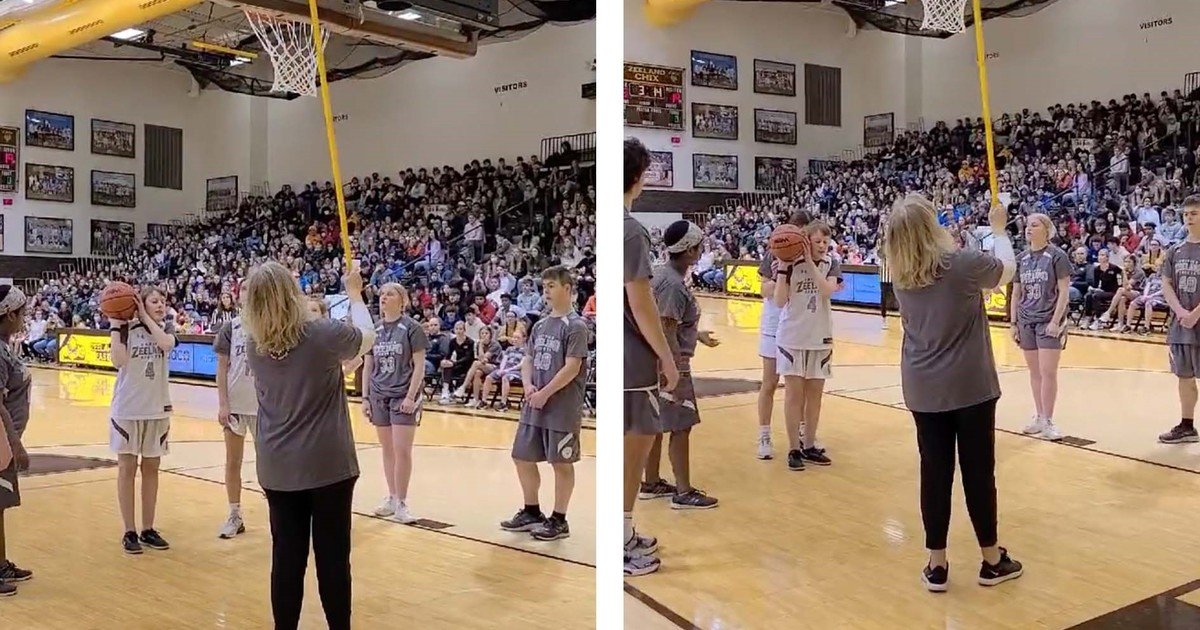 School and university sports have a particular thrust in the United States. The students, from an early age, perform in different disciplines with sacrifice and competitiveness and this generates that, in addition to the parents, the different events on that scale have a large number of followers.

The Zeeland East High School, a secondary school in Michigan, in addition to having an important offer of disciplines, proposes an inclusion project for students with different disabilities. The objective? The inclusion of everyone equally with sport as the main tool.

Jules Hoogland is a member of the establishment that is part of the high school. She is blind, so her participation in school tournaments is reduced: can only participate in competitions with other blind people. However, a project promoted by the school produced an unforgettable moment for her.

The teenager was invited to participate in a free-kick before a full stadium and in the middle of a match with her schoolmates. All the spectators remained silent while an assistant hit the board with a stick so that the girl would have a notion of where she was. In addition, a teammate placed her in front of the hoop.

Hoogland shot and pocketed the ball: the silence immediately turned into an explosion of applause from all who were present, even players, who celebrated and applauded the student’s task. In total, there were 2,500 people present, including collaborators and supporters.

An idea of ​​those that generate smiles that last forever. “I was like, ‘wow,’ I didn’t expect that. And then the applause!” Jules told ABC.

The tender gesture with a blind student in a basketball game