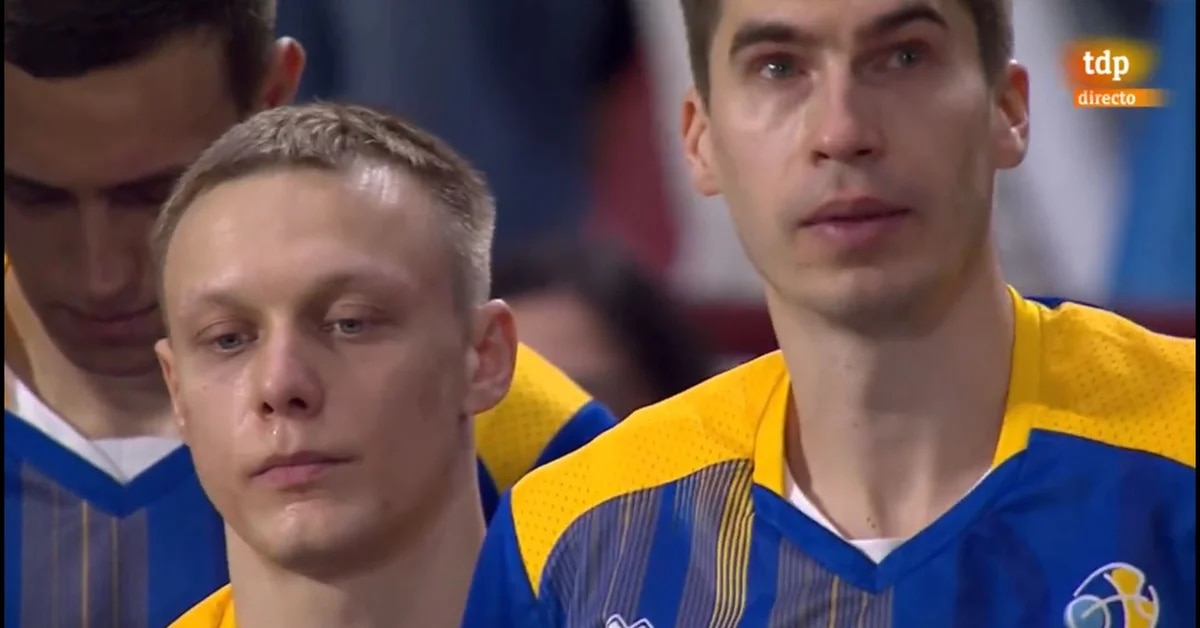 The 2023 Basketball World Cup qualifying game Come in Spain and Ukraine It was held under deep sadness and concern. The visiting cast, against their will to face this game, could not contain the tears in the minute of silence.

From the host, both the public of the Spanish city of Córdoba as his sports authorities gave him several tributes and displayed banners with messages of support Due to the Russian military invasion of Ukraine.

The team when it left the concentration he was fired by applause from the public in the street. This act was repeated when he arrived at the Palacio Municipal Vista Alegre stadium in Córdoba and at the end of the match. The videos were shared by the journalist Lucas Sáez-Bravo.

Before, during and after the match for the World Basketball Qualifiers, the team received strong support due to the recent military invasion of Russia

Spain prevailed without problems by 88-74. However, the sporting result hardly mattered due to the serious problems facing Ukraine. According to the Spanish press, the ukrainian players did not want to play the match. Many of them even they don’t know how they’ll get back to their homes. “No War” It was the message that the pivot showed on his face Artem Pustovyi.

It is worth remembering that the party Ukraine also had to face Spaincorresponding to the qualifying phase for the 2023 World Cup and which was scheduled for Sunday February 27 in Kiev, was postponed and it will finally be played in the next June-July window “because of the insecurity of the current international situation,” reported the Spanish Basketball Federation (FEB).

The message of the Ukrainian pivot Artem Pustovyi, during the World Cup qualifying game against Spain

“The Ukrainian Federation has finally accepted one of the alternatives offered by FIBA, which was to move it to the dates of the next window in June-July, when the context is expected to make it possible. In the previous weeks, and depending on the circumstances, FIBA ​​will set the date and venue of the match”, added the FEB.

“The next window, in which Ukraine-Spain will fit in, is set for the end of June-beginning of July, and in it, in addition to the match against Ukraine, Spain will receive North Macedonia on Friday, July 1 and will visit Georgia on Monday 4. With these three games, the first qualifying phase for the 2023 World Cup will close. The second phase, already reduced to 24 countries, will start weeks later, at the end of August, a few days before the Eurobasket”, indicated the FEB.

The Premier League reacts to the Russian invasion in Ukraine: they will punish the owner of Chelsea and Manchester United will end the contract with a sponsor
The “error” that Xavi observed in the statue of Maradona, the tribute to Diego and the request to stop the war: the little pearls of Napoli-Barcelona
He was world heavyweight champion, knocked out Mole Moli and enlisted in the Ukrainian army to repel the Russian invasion