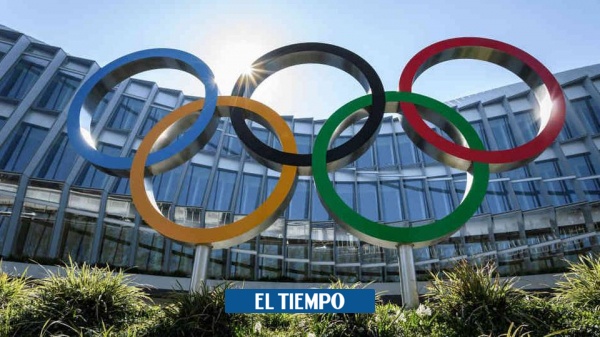 We invite you to read: (Amid the uncertainty, James returned to practice with Everton)

With almost half a million followers on Instagram, Newman confessed that many of them asked him to open a profile on the adult site. Finally he made up his mind, he did it and he communicated it on his social network with a striking phrase: “Your wishes are orders,” says the posting of the suggestive image in which she is shown leaning on a counter and with a bouquet of flowers.

The Canadian assured that she will publish a lot of content on the platform and will do so in exchange for $ 30 a month for each of the subscribers she gets.

In any case, she is not the first athlete to open an account on this site for adults: footballer Madelene Wright and Australian pilot Renne Gracie, for example, have already ventured into this virtual platform.

It is worth noting that the IOC will allow the Tokyo Olympic athletes to make expressions of a political, solidarity or social nature on the field of play before the start of the competition or during their presentation, either as an individual or team athlete, before the test in which they will take part.

The Executive Commission of the organization approved this Friday, following the recommendations of its Athletes Commission, the guidelines of rule 50.2 for the Tokyo Games, which soften the position maintained to date by the IOC regarding the prohibition of this type of demonstration on the pitch and in competitions.

“The new version of the IOC Guidelines provides more clarity and guidance to athletes competing in Tokyo this summer on the wide range of opportunities they have to express their views, including on the field of play before the start of the competition.” the agency said in a statement.

During the Games, athletes may express their points of view on the field of play before the start of the competition or during the presentation of the individual athlete or team, provided that the expression or gesture is consistent with the fundamental principles of Olympism.