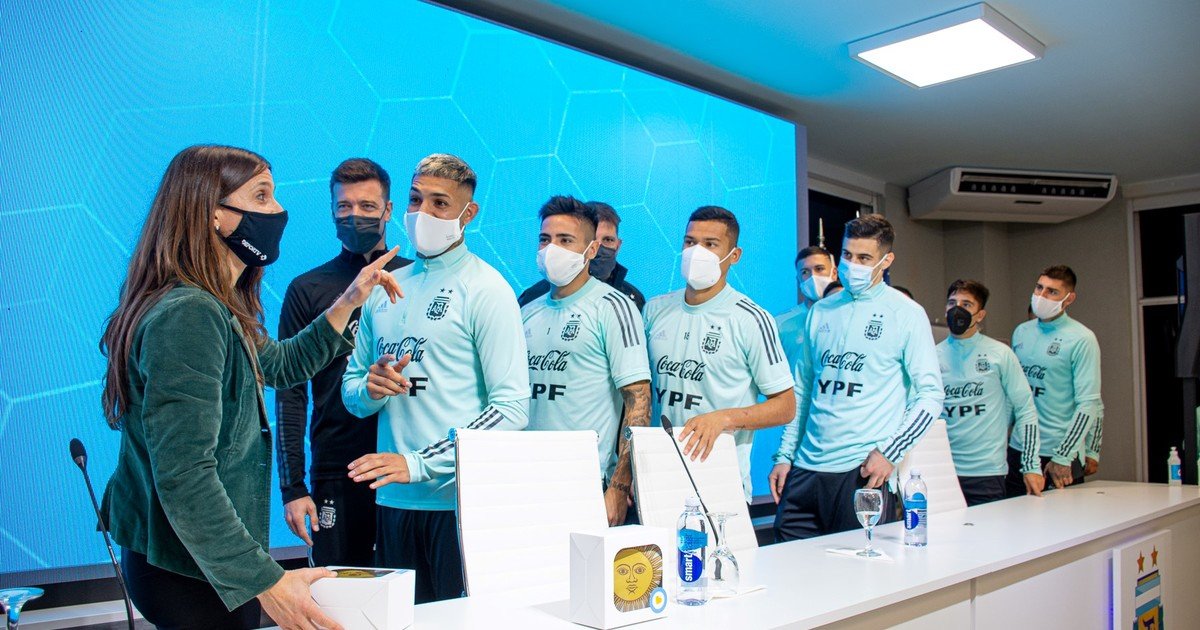 The Tokyo Olympics they are getting closer. This Thursday, the Argentina U23 team He travels to the Republic of Korea to face that country, where he will play his last match prior to participating in the Tokyo Olympics. So, the Secretary of Sports of the Nation, Ines Arrondo, fired the Argentine team at the Ezeiza property. The players of the team led by Fernando Batista received the flag of our country

Arredondo and Fernando Batista before traveling to Korea.

What did the Secretary of Sports of the Nation say?

.The former Las Leonas player, regarding competing in an Olympic event, expressed: “Living the experience of an Olympic Game is special for each athlete, even for those who play sports that have large event patterns, such as soccer. They are going to be part of a bigger team, the Argentina team, along with other great athletes from our country. They are going to live a unique experience, unlike any other. We appreciate the effort and dedication they put into wearing the shirt of our country and the institutional commitment of the Afa to prepare for # Tokio2020 ”.

The Secretary of Sports handing over the Argentine flag to each of the footballers.

Argentina will debut on July 22, one day before the opening ceremony, against Australia -from 7:30 am in our country- in the framework of Group C. Meanwhile, their second game will be facing Egypt on Sunday 25 at 4:30 and will close the first phase on Wednesday 28, measuring against Spain, from 8 o’clock.

The players present at the visit of the Secretary of Sports of the Nation.

Who are those summoned by Batista?

The Albiceleste coach, Fernando Batista, was part of the event, in which Esteban Solari and Damián Ayude, technical assistants, also participated. Each player had his flag, lto the same that they will defend with sweat and soccer in the next Olympic Games.

Adolfo Gaich, one of the great figures of the Argentine team.

Arredondo greeting Gaich, one of the great forwards of the team.