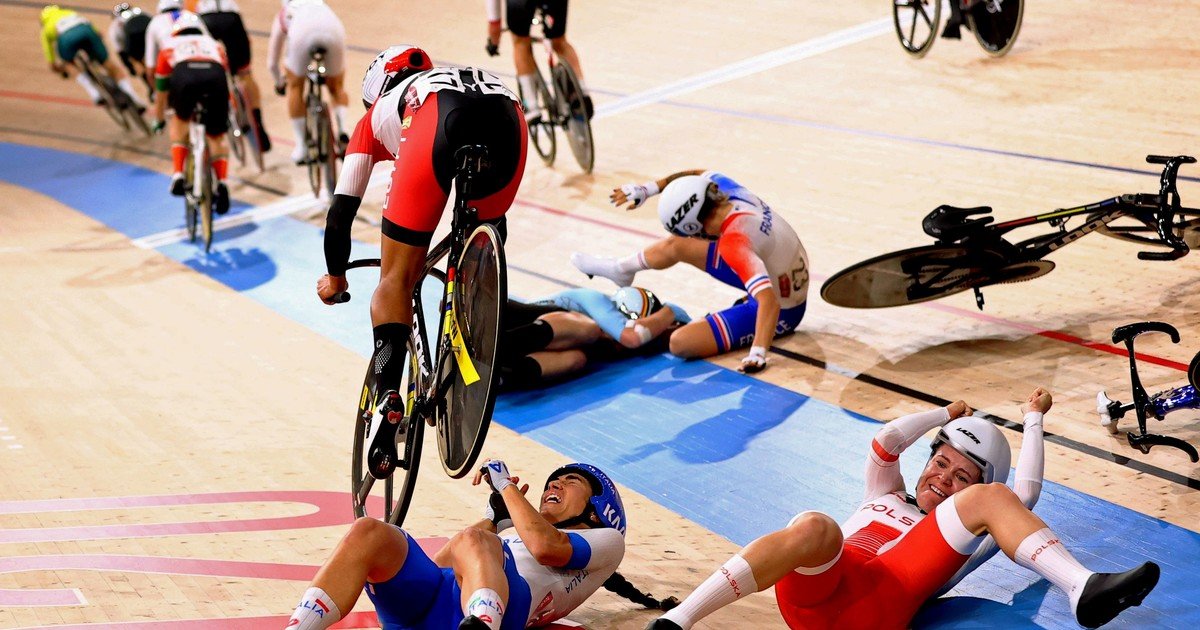 The Olympic Games came to an end, another edition of a very exciting competition was finished that left great stories and feats. Even so, this Sunday at the close of Tokyo 2020 a shocking scene occurred.

During the women’s track cycling final in the omnium event, which combines scratch, tempo, elimination and points, there was a multiple fall that left several athletes injured on the floor. While the end of the scratch was passing, nine cyclists had to leave the competition due to the blow they suffered.

The sequence began when the Italian Elisa Balsamo lost control of her bicycle and hit the Irish Kay Emily and the Japanese Yumi Kajihara. When he fell, he generated a kind of domino fall that ended with the competition of nine athletes including the favorite, Laura Kenny who did not suffer any injuries but had to leave.

When she fell, Balsamo finished in the center of the track and the Egyptian Ebitssam Zayed could not stop and collided with the Italian. Even one of the track officers suffered the impact and had to be removed on a stretcher from the scene.

Elisa Balsamo being treated after the impact.

How did the race end?

American Jennifer Valente won the gold medal after obtaining 14 points and a total of 124 in women’s omnium. In second place was the Japanese Yumi Kajihara and the bronze went to Kirsten Wild.

Valente was one of the last athletes to win a gold medal in Tokyo along with Canada’s Kelsey Mitchell and Britain’s Jason Kenn. Mitchell was proclaimed Olympic champion in the individual sprint, while Kenny won his seventh Olympic medal and maintained the title obtained in Rio 2016 in the keirin test.