Since the start of the tournaments in 2021, the Santafesina Association has a system of electronic spreadsheets that generates greater transparency in all divisions and provides a flow of data that enhances the development of the players and their respective teams.

The control tables of the local clubs incorporated tablets to load the data of each match. Credit: Manuel Alberto Fabata

Technological advances are a reality in all areas of our lives and it is impossible to escape from them. The need to adapt and the opportunity to take advantage of them are one of the points that force changes. In the provincial capital, the Santa Fe Basketball Association (ASB) not only opened to the arrival of the “future”, but also proposes projects based on the digitization of statistics and Big Data.

Since the start of the tournaments in 2021, the ASB has the license of the “Swish” platform created by the Spanish company NBN 23, which allows it to keep a virtual and digital record of all official matches of all competitive categories from the city.

It is an unprecedented case in the province and the country. The Basketball Federation of the province of Buenos Aires uses a similar brand for the senior category and some specific events, but only the Santa Fe institution carries it out comprehensively in all its divisions.

Taking into account that basketball is a sport nurtured mainly by the numerical, this means a change that facilitates access to data for any user who has the application, provides greater transparency to the competition, leaves behind the almost obsolete and unsustainable paper system, and also brings local sport closer to a status similar to that of the best leagues in the world.

The operation of the application

Swish is a platform whose main objective is to transform “Big Data” into “Smart Data”, that is, to provide users with quick and simple access to detailed statistics of players and teams of different competitions, as well as the matches live.

The application developed by NBN 23, with headquarters in Valencia, is found in the different application stores and has free access. Through this you can instantly see what happens in each local basketball game.

Within the app, each user can manage the competitions and clubs they want, having access at all times to the data processed by the system itself. One point to keep in mind is that Swish has two program levels regarding statistics. The most advanced is used in the first division and the simple version in inferiors.

In the “paper age”, the scoresheets only recorded the points, fouls and the entrances to the court of each player. They required the use of physical cards and the signatures of each team member on them. From now on, the control table must record all the actions of the match. While the authorizations and signatures are done digitally. 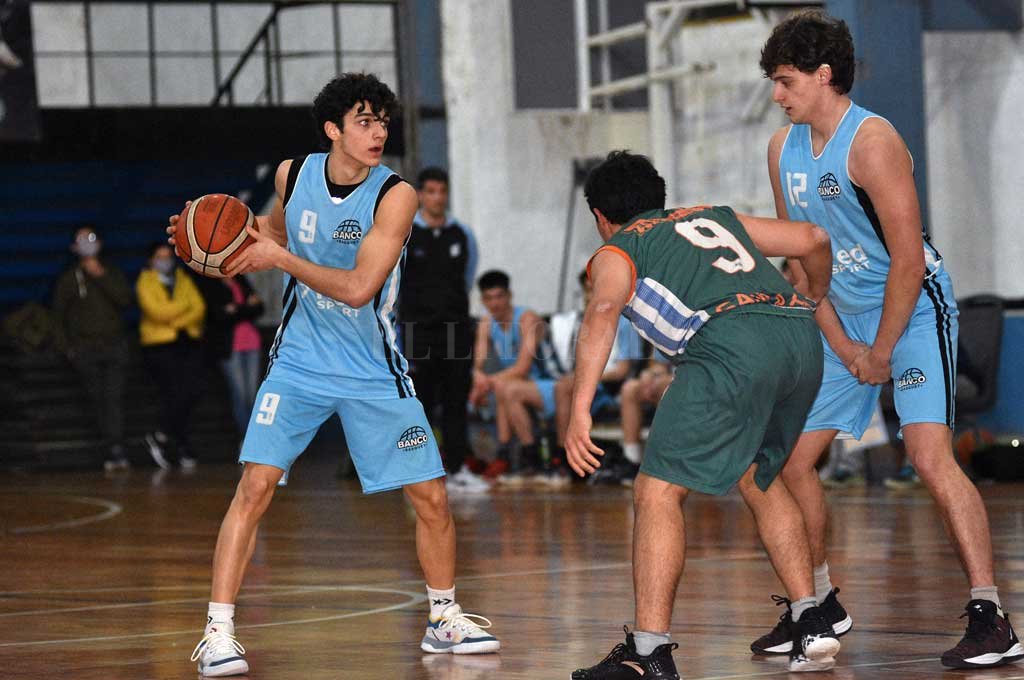 The decision from the ASB

Regarding the technological leap, César Chemez, president of the ASB, declared to El Litoral: “We had been working on it in the Executive Committee, mainly at the idea of ​​Miguel Sasía (secretary of the ASB). We had to give a twist to the issue of the paper spreadsheet, it was a bit outdated. ” Another point that motivated him was the Talent Project, focused on youth from Santa Fe. “The idea is to work a lot in statistics. Now as an Association we can access all the information that is uploaded ”, added Chemez.

Regarding the choice of platform, former basketball player Gabriel Darrás was the link with NBN 23. “He came up with the idea and worked with me for a long time. He is the representative of the Spanish here. Gabriel introduced it, we saw it and we tested it in some national team matches at the time. We liked it because it was what we were looking for and as it is difficult to develop our own software, we decided to buy this system ”, said the association leader.

Although it became an appropriate format for the global context that is being experienced as a result of the coronavirus, the president explained: “We had started it before the pandemic, it actually delayed us. We started working with the outpost and we were cut off. So later we had to retrain all the people ”. This last aspect represents one of the main challenges.

The former leader of El Quillá said: “We did a great training session, but the amount that was left to cover all the games is fair. We would have to find new people who allow us to have a little more air because there are many competences between female, male, promotional and training, it is complicated “, he also explained:” We have a generation gap, people of a lot of age find it difficult to the younger they get faster ”.

Posing for the future

Currently, in the Senior Opening Tournament the advanced system is used that provides a complete statistical overview of points, rebounds, assists, percentage and position of shots, steals and caps, among other individual and group items. For the rest of the categories, the system is limited to the converted points, minutes and throws.

Chemez explained: “After a year of continuous use they all have to be advanced, it is just a preliminary step. For that, the operators, previously called scorers, have to be confident and trained “, and also added:” In the future, to be able to compete in all categories (including PreMini and Mini), you will have to go with your DNI and be enabled within the digitized card system. Everyone has to have the medical check-up and other requirements. If they appear in green on the scoresheet, they will be able to play ”.

The technological leap also represents a new challenge for coaches, who must now help themselves to use more information. “Clubs can have the information too. You have a detailed analysis of the rival or even of your own team. Not only for the national teams, but also for the clubs. Therefore, the technicians will have to do a training to be able to take advantage of all this because otherwise they will be left behind ”, explained the president of the Association.