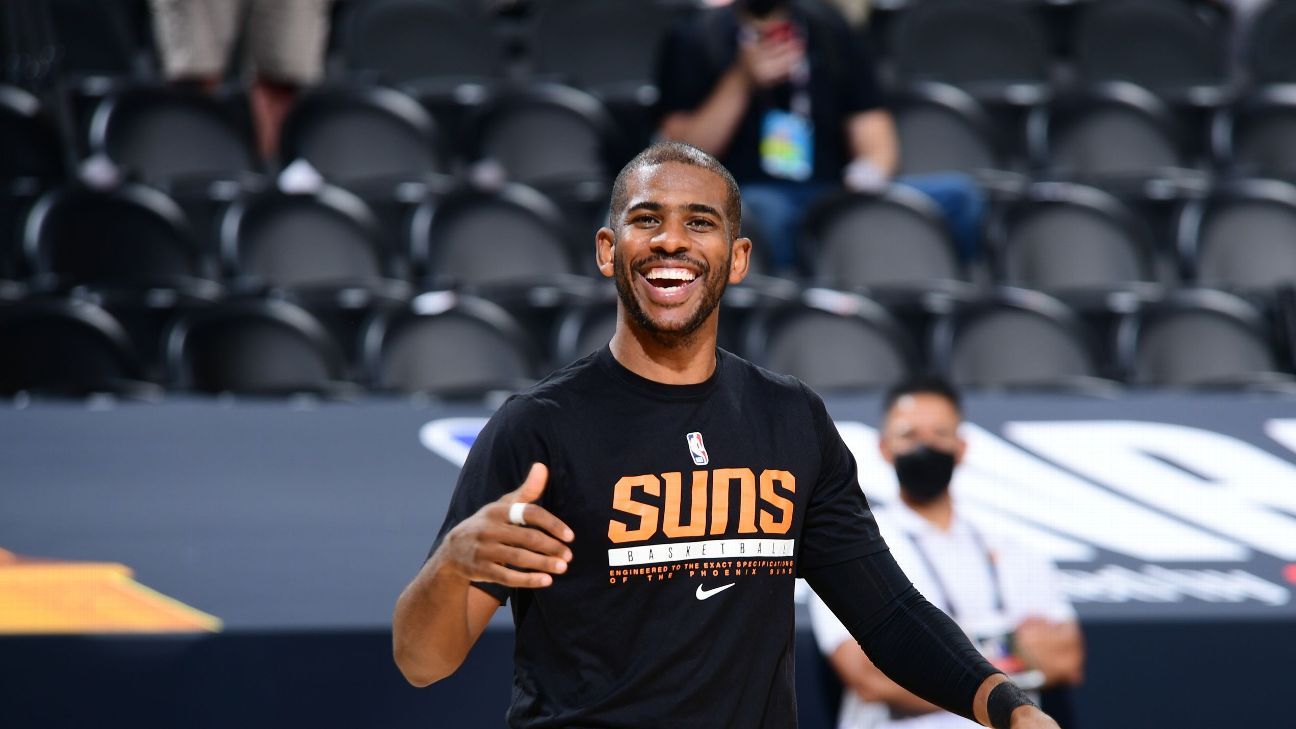 It’s horrible getting old. It is often said that over the years experience and wisdom are gained, but it is not enough. It is not just the commonplace of seeing if wrinkles appear, watching hair fall out, or detecting, in the best of cases, if the hair is flooded with gray. What hurts, what affects, what has no turning back is the systematic, recurrent, progressive loss of ceasing to belong to what was once ours.

We no longer run so fast, we no longer listen to trendy music, we are no longer as resourceful as we once were. The world we knew already belongs to others.

Here we go, accommodating as we can to the progress of the shift. To the technologies that are detached from each other at a gallop. If before each change occurred years apart, now it is a matter of months. Who is that guy who has 2 million followers? A new social network? How does it work? Do we have to press here? I never thought this moment would come.

But here we are.

Maybe this is the real reason I want Chris Paul to win the NBA championship. His 16 years of drought, his lack of fortune with injuries or his ongoing sports redemption do not keep me awake. It has to do with something else. For me it is the resistance of a world in danger of extinction against another that inflates its chest to take everything. It is an unequal, obtuse, absurd fight, but it is worth it: squeeze your hands hard for a while so that what moves you does not seep like sand through your fingers.

Chris Paul plays base in an NBA that writes, tells, assures, that this position is about to disappear. Giannis Antetokounmpo, in front, is the present, and surely also the future. The old against the new, the retro against the prevailing. Why deny it. The duel, then, is on the table: Can Paul endure this struggle of what is leaving versus what is coming?

These Finals hide this intrinsic secret in their veins. It is the army of nostalgia against the worshipers of progress. The boys of 35 and up pushing a beautiful, romantic and perhaps utopian idea, against the ought to be. Against what surely will be. Rocky Balboa getting up off the pavement to tell Tommy Gunn that he hasn’t heard the bell yet. That we are going to fight one more round. That we are not going to let this movie end yet, that there are still things to say. And we are going to say them now.

Paul is, then, a symbolism. It is not a base. Or rather, it is not just a base: they are all the bases together united in one person. In the same container that represents them, contains them, identifies them. The flag of the short ones who think against the ruthless pragmatism of muscles and inches. The basketball of the 80s and 90s against the extreme multifunctionality that attacks like a tsnunami. Supreme intelligence versus all-do-it-all versatility. Reflection and restraint against the video clip culture.

Let me dream a little more, don’t wake me up. Let me feel that time, damn time, hasn’t passed yet. That we are young, that we are free, that we are beautiful. That that world still exists. That that music continues to sound, that those idols are in force, that what once fell in love with us still lives on.

Here goes Chris Paul and his hopeful search. You do not know, but you play more than a championship. Much more. The flag in the wind flies in the hands of CP3. From the armchair, with tired muscles, we accompany your outpost like never before. Yes, dear friends: in this deep feeling, which at times tears, you are not alone. Who said everything is lost? Ideas, in short, never die.

All future tense will be better. Is a lie.

And we are going to prove it.