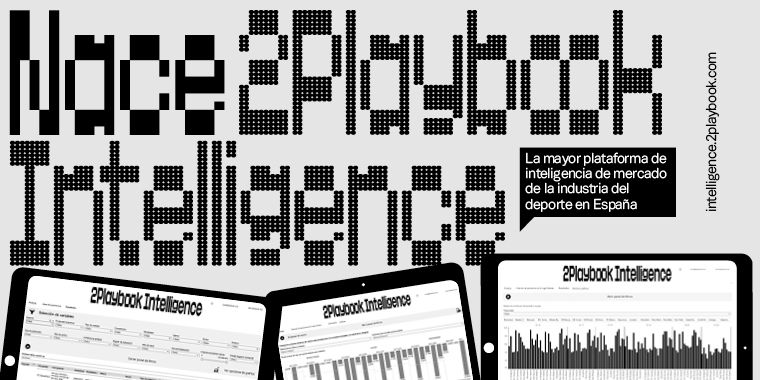 The Real Betis of basketball opens a new stage after tying the permanence. The Verdiblanco club has signed a new commercial director on the World Padel Tour (WPT) who will be exclusively dedicated to this section, with the aim of boosting own income and moving towards economic sustainability. It will be officially incorporated in August, a date by which the new title sponsor after the end of the Coosur contract, whose renewal is still expected, as explained to 2Playbook its general manager, Miguel Ángel Jiménez.

At the moment, the club prefer not to communicate the origin of their new executive, who still has a contract with his current company. The incorporation of him is already tied and pending the completion of said contract. The objective is to advance in the signing of exclusive commercial partners for the basketball section or shared with other sports divisions.

It is a strategy that other clubs have followed recently. FC Barcelona signed Chris Russell as director of sponsorships for the sports centre, with special focus on the basket. Real Madrid, the other club along with Betis and Blaugrana that hangs from a LaLiga club, has signed Autohero as new title sponsor and it will be exclusive to basketball.

“We are starting to work much more autonomously within the section, and the sales team is key to generating more of our own income,” Jiménez underlines. It is unknown if his landing will arrive with the new title sponsor already closed or if this will be one of your first targets.

Betis ends its contract with Coosur and the renewal is not guaranteed. Jiménez highlights that “the relationship between both parties is excellent, all the image and sporting objectives have been met and, in the event of not continuing in the namingWe will seek to continue with another type of sponsorship”. Different options are being considered on the table in case of replacement, although the priority is to tie up its continuity.

The rest of the companies with which the club negotiates are unknown. Last year even has already signed Herbalife as a sponsor and title sponsor of its eSports section at the beginning of this year. The nutrition brand already had this asset in the ACB with CB Gran Canaria until 2021, and gives its name to the 3×3 Series circuit organized by the Spanish Basketball Federation (FEB).

A budget of 3.5 million euros

Increasing own income is key to the Betis project. Its budget last year was around 3.5 million euros. Jiménez affirms that, “although we had many changes in the squad, the departures of some players allowed us to compensate for the signing of others, and there was only a small deficit in that sense”.

From San Pablo they assure that the budget will be similar again in 2022-2023. “If we want to increase it, we have to generate income, because football cannot contribute more right now,” he says. “Betis is going to continue betting on basketball because it considers it a strategic pillar in its project, but part of the budget as an entity depends on the transfer market, and that is going to take a few years to fully recover from the pandemic.”

The basketball section consolidates its accounts together in Betis’ annual balance sheet. Basketball will close the year in losses again, although Jiménez does not reveal how much they will amount to. The red numbers will be absorbed by football, which lost 42.86 million euros in the two years of the pandemic.

In fact, global sponsorships are still managed by the football structure. As with Real Madrid, a large part of the commercial partners of the basketball section are global agreements, which cover all sections of the club.

Increasing the budget will also depend on growing in other key lines. The first, the ticketing. The club launched its subscriber campaign last week and hopes to exceed the number of pre-pandemic members. “We want to get the city back, it’s been a long time since basketball has been talked about so much and so well, that’s why it’s not just aimed at Betis members, but to get Seville’s basketball fans back”.

For this, a deep remodeling of the pavilion, San Pablo, where it plays under a concession regime, is also key. The venue has more than 7,500 seats, but with 35 years of history it has become outdated to host large events. Except for the 2014 World Cup, the last Copa del Rey was in 2004, while three editions have already passed through Malaga since then and another one through Granada this year.

“Several reforms have been carried out and it is a large pavilion. At the time there were public-private collaboration projects to renovate it or build a new pavilion that never materialized, but it is clear that other large cities have advanced to have better venues and in Seville there is no facility that allows large indoor events such as La Cartuja with football”, he laments.

The pavilion is owned by the City Council. Betis will begin this month the works of its new sports city, where a multipurpose venue is contemplated. Jiménez advances that “in one of the last phases a pavilion is contemplated, although in principle it would be for training, without ruling out making a game pavilion.”

Finally, the last lever to activate the income will be its quarry and the network of schools. This has continued to grow despite the pandemic, and the FEB ranking places it in fifth place. The project is managed through the foundation and has been financed with its own resources generated by the entity itself.