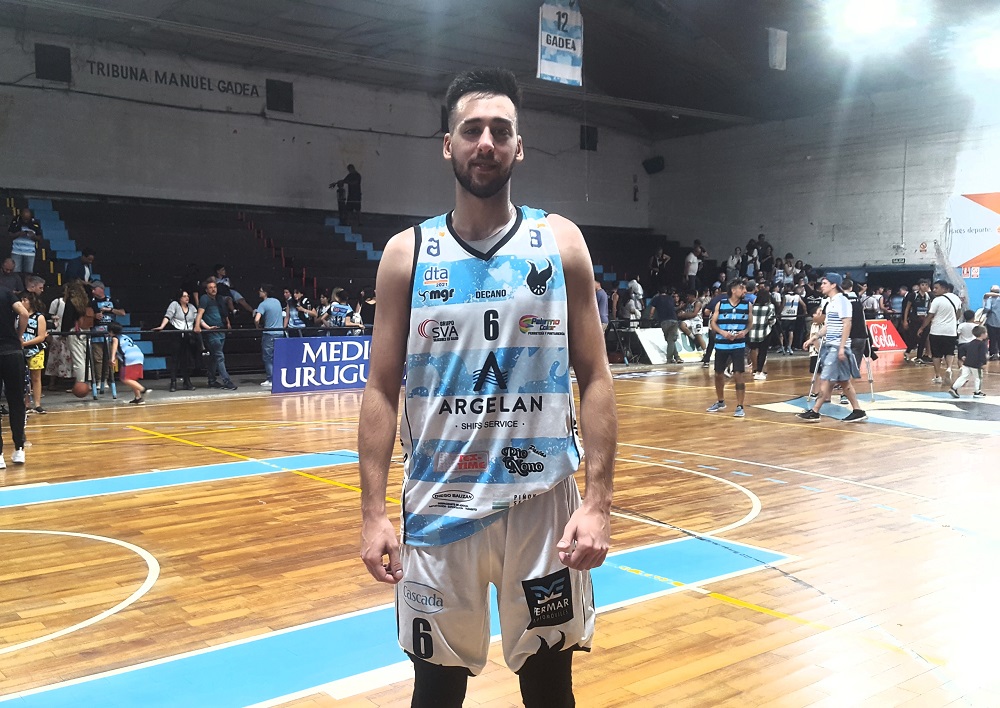 Nahuel Santos was one of the great figures of Athens in the victory against Welcome. After the game, he stopped to talk to Básquet Total about what it was like to play with the Athens public as a local, the high percentage in the outside shot and how he took this possibility of showing himself after not taking place in Aguada.

On the victory, Santos commented: “Perhaps from the outside you could see that we had lost it and we ended up winning it. All the games we played were tight, there were some that we defined in time, like that game on the court by Larre Borges against Larrañaga with 40 seconds left and we were six points down, we turned it around and won it. I’m not telling you that we are used to these situations, but it is good to play these finals because we prepare for what is coming. We haven’t won a game by 20 points yet, it’s all level, we deserved to win on the return to the court in Athens ”.

“It is nice to play with the people in favor. It gives you an extra plus, capable if it was the other way around and it was played only with a Welcome audience, we didn’t have it. The push of the people was felt, you hit a triple and everyone yelled at you, it’s beautiful to play like that. This emotionally helps the team ” declared number 6 of the black wings while celebrating with the public.

On the keys to victory, he analyzed: “I think we did all the things right, what was planned went, we had been shooting very badly with three points, that’s the reality, with horrible percentages. It was quite the opposite, the field played its role, it is where we train every day, we hole a lot, I don’t have the percentage, but I know we hole a lot. The key was in the defense and forward we put the points that we had to put ”.

“They have defined great players, but with the collective defense that we did it was key. And forward we passed the ball, we shouted all the goals of each one and we got a very important game ” Santos said about the good defense at the time protecting the basket of Atenas.

Although they came with some adverse results, on how much it weighed to stay with the game against the undefeated of the contest, he commented: “A lot, we took the unbeaten one that weighs a lot, we came to play as one more game, we were convinced that we were going to win it. It was a victory that emotionally for us and the people is very important ”.

“Personally, with the Monday newspaper, I tell you that I should have left Aguada four years ago, it is reality. Aguada is a team that has been very well trained in recent years, had great players, and it is very difficult to steal minutes from Fede Pereiras, Leandro García Morales or Davis (Dwayne), it is very difficult to be able to play there. Maybe if I had played in third three years ago, today I would have a better level or capable than not, nobody knows, but what has been done, it is already and here we are ” He indicated how complicated it is to show up in a club like Aguada, which has good formative players in other clubs (Ignacio Núñez, Agustín Ramírez), and that only now has Lucas Silva with a few minutes in the main squad.

“The push of the people was felt”