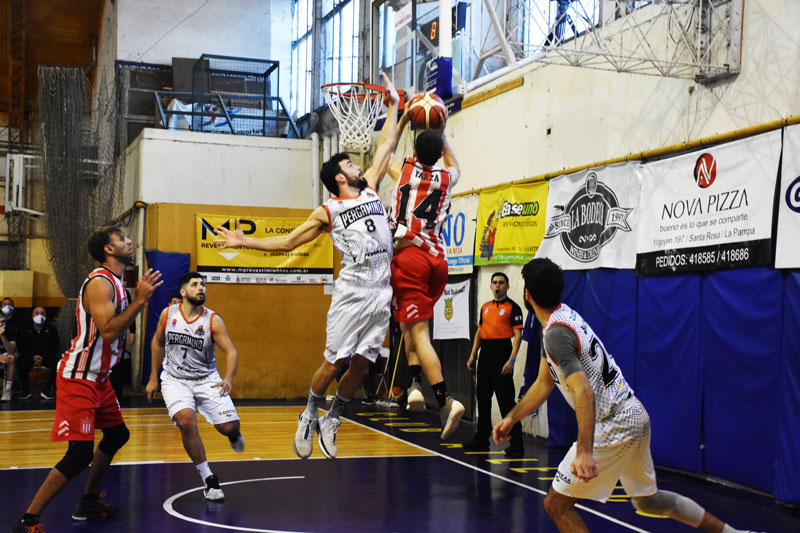 He passed the round of 16 home run of the Federal Tournament and Nicolás Pérez makes an analysis after three days.

Last weekend the instance that awarded two tickets to the quarterfinals of the Federal Basketball Tournament was experienced at the Aquiles Regazzoli. We enjoy first-rate teams that shaped Group G, such as Pergamino Básquet, Estudiantes de La Plata, AD Centenario de Neuquén and All Boys de Santa Rosa, as the only representative of the Pampas.

The quadrangular game format, where everyone played against everyone, gave a special seasoning to the championship that, undoubtedly, benefited those long teams, where rotations happened not only to involve the largest number of players. In this tournament no one could relax too much because 3 games were played in 3 days, leaving the classic playoff where there are series of games between two teams (best of 3, 5 or 7) with longer rest time.

If we punctually analyze the home runs, the schools in the Buenos Aires Zone were the most prominent. Both Estudiantes de La Plata and Pergamino took the seats of the Santa Rosa headquarters, while in Quadrangular H, Unión de Mar del Plata and Zárate Básquet were the winners, relegating the hopes of Pérfora de Plaza Huincul and Independiente de Neuquén. Against this background there will be an instance of the quarterfinals to be played probably in Mar del Plata with Buenos Aires teams.

In the Pampas headquarters there were teams built and designed to fight for promotion to the second category of national basketball. Consisting of a good structure, with great specific weight in each of the lines and on both sides of the playing field.

Hierarchy reinforcements are used to playing defining instances as something natural, mostly with players accustomed to leading, with perhaps a more intense pace of play due to the importance demanded by the area. The strawberry of the dessert was undoubtedly the figure of Pergamino, Tomas Zanzottera, his aesthetics in the game was always hand in hand with efficiency, that is, even doing actions of high acceptance for any fanatic, he always uses necessary resources for his team , leads, leads, scores and makes play, his influence is of marked descent, demonstrating why he is one of the most sought-after guards in the National League.

On the side of the Patagonian schools, they proved to be up to the task, being competitive in each of the commitments. Centenario was reinforced by betting on the inside game, understanding that from there he could take advantage. And in fact in several passages of the game his two inmates hurt the low post, in particular, Leo Catelotti. In his first performance he defeated Pergamino demonstrating high-level game passages. But the illusion lasted only that afternoon.

All Boys went from youngest to oldest. Without having incorporated reinforcements, he maintained a style trying to impose his rhythm of the game through speed, finding quick annotations in his key players, being also reference points as the main game generators. Its weak point was perhaps in the shortened use at the time of rotation, and it was occasionally an instance in which the rivals focused a lot on the inside game, hurting from the painted area.

Beyond everything, we lived a weekend full of emotions, where until the last date he kept us expectant, in an edition of the Federal Basketball Tournament made up of 69, that only 2 achieved that long-awaited promotion to the Argentine League.