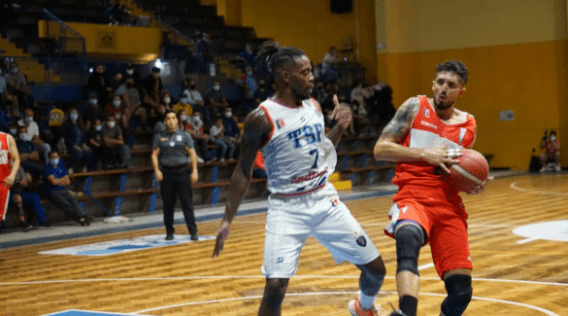 starting with the Americas Basketball Champions League, It is necessary to highlight the good role that the Quimsa team from Argentina performed. It is that they beat Nacional de Montevideo 95-72, thus ensuring second place in Group B, they even guaranteed their place in the Champions League playoffs, playing a fairly complete offensive game.

On the other hand, Mouth was able to close the group stage with an exciting victory, it is that they were able to beat the host UdeC 84-72, thus finishing the first phase with a record of 4 wins in 6 games. Among the most outstanding players of the game, we must recognize the good performance of Boccia with 14 and Schattmann with 13, being the pillars in the offense against the Chilean team that had no chance.

Doing an impeccable last quarter, with a run of 36 points, including five of his 12 triples throughout the game, they were able to close it in the best way. So much so, that up to seven men of Quimsa they had double digits in points, such as Thomas who accumulated 17, Anderson 16 including 11 rebounds, Terry, Brussino and Baralle with 13 each. For the losers, Dominique Morrison was able to contribute 23 units.

talking about the Argentine National Basketball League, we have to talk about the good role Gimnasia did to emerge victorious in a rather complicated game against Olímpico. The game was very close from start to finish, everything could be defined in the end with a vibrant 75-74, among the most outstanding players was Mencia, with 18 points and 8 rebounds.

In this way, Gymnastics He resumed the victorious path in an extremely even match against Olímpico de La Banda. As mentioned before, the final score was 75 to 74, this victory means the fifth victory in a row, just before the tour that will begin next Tuesday the 22nd against Peñarol in Mar del Plata, so they arrive inspired and full of trust.

We also have to review the performances of the Brazilian teams in the Americas Basketball Champions Leaguesince the team from São Paulo in its second match was able to beat the Nacional from Uruguay, with a resounding final score of 101 to 81. The team from Brazil was able to establish a strong defense and good use of the offense in the second quarter, which allowed him to have a favorable score from 40 to 32.

For the victorious, the star pivot stood out Bruno Caboclo with 30 points and 16 rebounds, which allowed him to be the most efficient player in the competition. Another of the Brazilian teams that saw action in the Basketball Champions League of the Americas was Flamengo, which was able to beat the Boca Juniors team from Argentina, in a very exciting duel.

Led by Yago Mateus with 20 points, 5 rebounds and 4 assists, the team from flamingo He was able to get an important victory, in a game that was quite disputed from start to finish. Despite the fact that the Flamengo team was able to take a small advantage over Boca Juniors, at the end of the second quarter the 3-point baskets entered and they went into the break 44-32. This helped the Brazilian team open up definitively and finish the game 79-72.

Going into what were the most exciting games of the National Basketball League in Brazil, we must talk about the Paulistano vs Unifacisa. The Paulistano team gave the big surprise and overwhelmingly beat Unifacisa 83-64, with an almost perfect third quarter they were able to take off on the scoreboard and finally come out with the victory.

Among the most outstanding players for the winning team, I figure Barnes with 19 points, while Cauê was able to follow him with 16 points and 5 rebounds.

In regards The National Basketball Championship in Chile, or better known as La Liga CDO+ by Cecinas Llanquihue, gave us an interesting Saturday session in which the visitors took advantage. On the one hand we have that Basket UC was able to return to the victorious path after beating Tinguiririca SF, on the other hand we have that Colegio Los Leones continues to win and closely follows the leader of the classification after its victory over CEB Puerto Montt.

the cast of Basket UC He was able to get a fairly wide victory 70-89 against his similar from Tinguiririca SF. In another order of ideas, in the Municipal Gymnasium on Lota Street, the Los Leones School club took a hard-fought match against CEB Puerto Montt, the final score was 80-84, a stellar match to close the Saturday day, this victory means for Basket UC momentarily left last place accumulating two games won and seven lost.

Ending with the Uruguayan Basketball League this LATAM basketball news, the Goes team beat Urupan 95-89, accumulating ten games without losing at home so far this season. Placing a partial up to 15-2 in the opening minutes, doing damage in the paint with Colmenares and also standing out from the outside with triples from Osimani and Villegas, they were able to get the victory, Martín Osimani was the most outstanding player with 22 points and 7 assists .

Another of the most exciting games of the day was bigua against Aguada, highlighting a Donald Sims again on offense. The final score was 91-84, this allows the Biguá club to position itself in first place momentarily, once again the foreign star Donald Sims was the most valuable player with 35 points.

The news of LATAM basketball enters a decisive phase