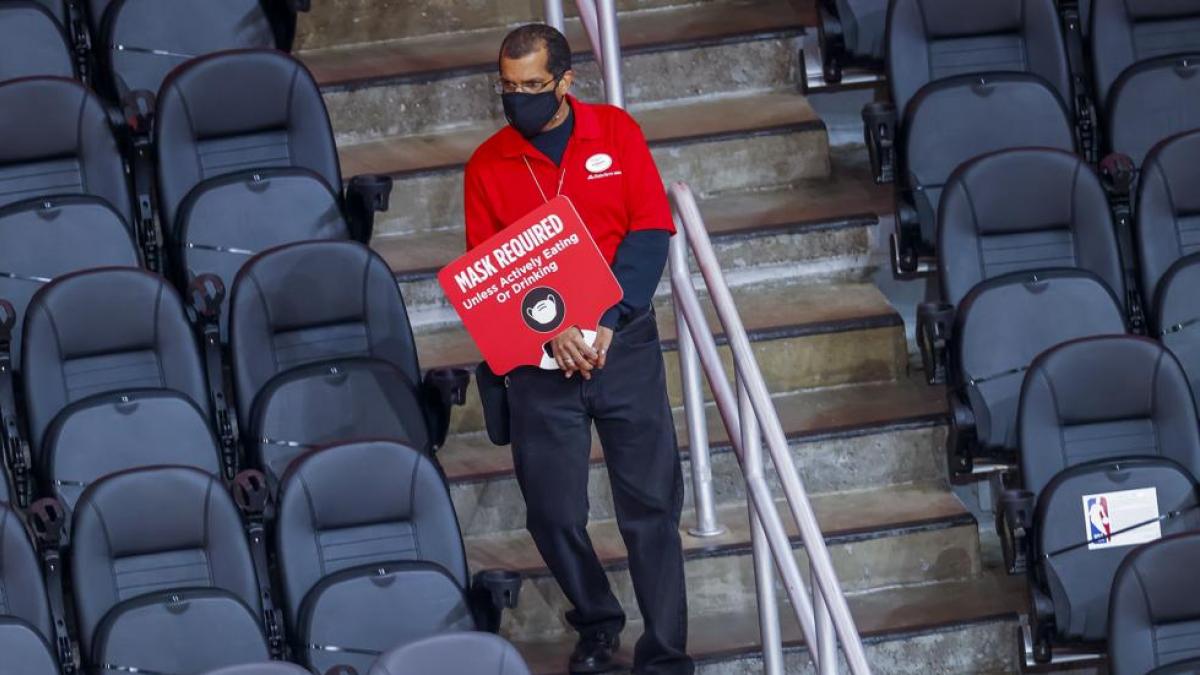 The NBA has said enough and immediately recovers the use of mandatory mask in its official activities and diagnostic tests for match days for all players and members of the franchise coaching staff.

The decision comes with several teams dealing with out of control outbreaks and with a total of 55 positive cases registered in the month of December, 22 of them registered this week and in just two days, Wednesday and Thursday.

Given this significant increase in cases, which has forced the Chicago Bulls to postpone two games, the league has agreed with the players association (NBPA) to increase the number of diagnostic tests – there will be one every match day – and to restore the mandatory use of the mask from December 26, coinciding with the Christmas holidays.

At first, the new prevention measures will be maintained valid for at least two weeks from your application. The only exception contemplated by the regulations is for players and team members who have received the booster dose of the vaccine or have recovered from the virus in the 14 days prior to the application of the new protocol.

After months without a mandatory mask on the band or in the training venues, The mask will be mandatory both on the benches and when traveling by plane of the teams. It will also be at the franchise training facilities.

The Omicron variant lands in the NBA

97% of NBA players have been vaccinated against the coronavirus, with more than 200 players (more than 60%) having also already received the booster dose strongly recommended by the league.

According to information from The Athletic, the competition recorded this week the first infection of the omicron variant in a player. The CDC estimates that this variant is still a minority in the United States, and its representativeness is 3% of the total number of cases.

The Nets, Bulls, Hornets, Lakers and Kings They have been the main teams affected by outbreaks of covid-19 in the workforce. In the midst of being affected by the virus, franchises value making hiring even more flexible due to setbacks of a health nature.

The main objective of franchises and competition is not having to interrupt the season at no point despite the spike in cases affecting the league, the United States and the rest of the world.