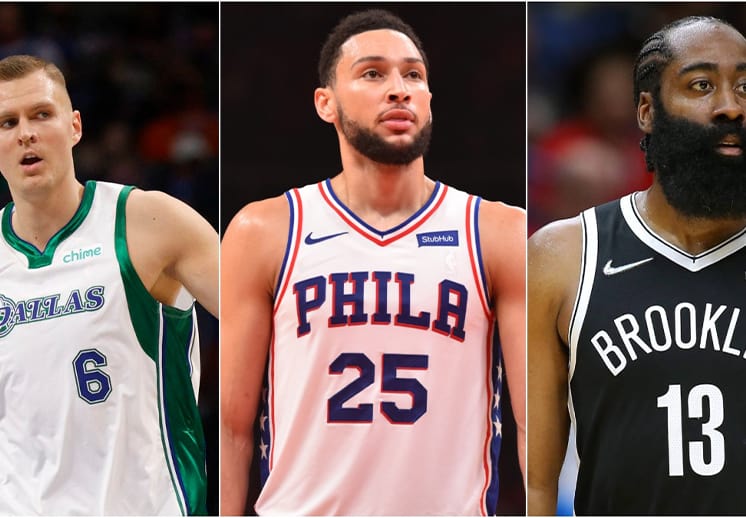 The last hours were crazy in the NBA and finally some of the expected changes took place, highlighting of course, the exchange between Nets and Sixers for James Harden and Ben Simmons, in addition, Kristaps Porzingis said goodbye to the Mavericks.

James Harden went to the Sixers

Very close to the closing of transfers, Philadelphia and Brooklyn made the most important and expected move. James Harden finally fulfilled his whim and was traded to the Sixers along with Paul Millsap. In exchange, Ben Simmons, Seth Curry, Andre Drummond and two first-round college picks arrive in Brooklyn. A change with many implications where, in the end, it seems that the two teams obtain pieces that will serve them in the final stretch of the campaign.

The Mavericks decided to change Kristaps Porzingis, who between injuries and rumors of a bad relationship with Doncic, could not consolidate in Dallas. The one from Latvia went to Washington, while the Wizards sent Spencer Dinwiddie and Davis Bertans in exchange.

READ ALSO: THE LIST OF THE BEST COACHES IN NBA HISTORY

One of the moves on the last day involved four teams. The champion Bucks acquire Serge Ibaka from the Clippers for Rodney Hood and Semi Ojeyele, and Milwaukee sent Donte DiVicenzo to the Kings for second-round draft picks. Sacramento sends Marvin Bagley III to the Pistons and gets Trey Lyle and Josh Jackson.

The Hornets get Montrezl Harrell from the Wizards and send Vernon Carey and Ish Smith.

The Celtics trade Josh Richardson and Romeo Langford to the Spurs, who part with Derrick White, a somewhat surprising move for the Texan team.

Sticking with San Antonio, the Spurs sent Thaddeus Young, Drew Eubanks and a second-round pick to the Raptors in exchange for Goran Dragic and a first-round pick. It seems that the Spurs will not keep Dragic, who ends his contract at the end of the campaign.

And in another reported move, the Rockets are sending Daniel Theis to Boston for guard Dennis Schroder, Enes Freedom (Enes Kanter) and Bruno Fernando.