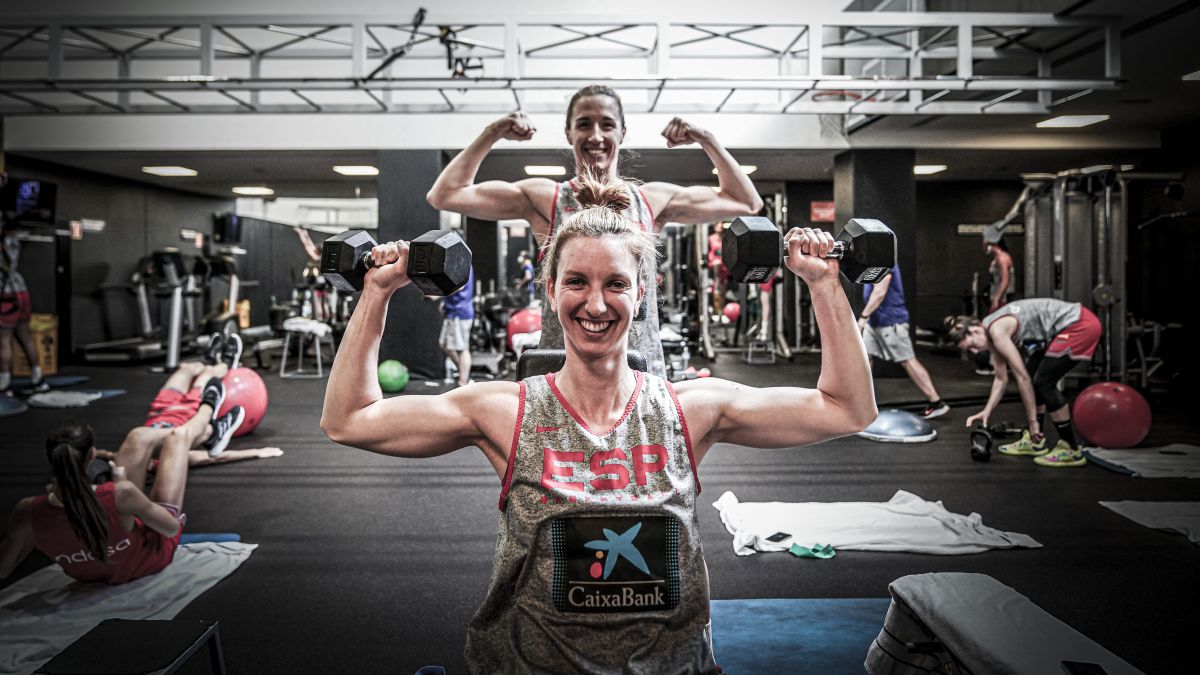 The Female selection he has a second bullet in the chamber for not closing his first medal-free summer in a long time. After being hit by the Eurobasket in Valencia, he has activated his Olympic dream. “Rarely can you compensate for such a hard blow in such a short time”, confesses Lucas Mondelo, Spanish coach. The pandemic and the postponement of the Games to 2021 have caused Spain to have its second official tournament in five weeks and that on August 8, a concentration that will last almost three months will close. “It is exciting, but at the same time demanding”, acknowledges Jordi Aragonés, physical trainer of the National Team since 2012.

Spain concentrated on May 15 in Madrid. The players of Valencia Basket (Cristina Ouviña, Queralt Casas, Laura Gil and Raquel Carrera) and Perfumerías Avenida (Silvia Domínguez, Maite Cazorla and Leo Rodríguez) had only eight days off after the end of the LF Endesa, while others had finished long before the competition … or they were still going, like Astou Ndour, who joined later because he was contesting the WNBA with Chicago Sky. “We always try to get everyone to a similar level”, explains Aragonés. “We try to individualize each case so that Lucas, when the concentration begins, can have the players in a similar state”.

Aragonés, who began working in women’s basketball in 1999, acknowledges that The professionalization is very noticeable because they all arrive with their homework done. “Today they are very aware that they have to work, that they cannot stand still. When I was in Extrugasa some players reached the preseason after spending four months standing. Now instead almost all of them have a personal fitness trainer or if not, they do the job you send them. They know what is at stake”.

Despite the disappointment of the European, where Spain fell in the quarterfinals against Serbia and said goodbye to next year’s World Cup in Australia, the championship has given the national team “A physical and technical-tactical base to continue in the Games”. The team paid for the uncertainty and anxiety generated by the positives of Alba Torrens and Tamara Abalde six days after the start of the Eurobasket. “The tension, the fear affected us. We tried to get the players to have a physical job in the rooms, when we couldn’t train because there was a danger of an outbreak, but they could do rather little. Even from that tension, some of them had heaviness in their legs. It was hard”remembers Aragonés.

Another added problem in the planning of the work is that the players do not always have the same calendar either. The Europeans are played just after the course, in mid-June, while the World Cup is at the end of September. “I prefer the dates of the European, maybe a week later would be the ideal, so that some player would have more rest. The World Cup thing is a bit more complicated. You have to start the preseason with them in August. And after the World Cup, they no longer have time for anything else “.

The National Team, which only had a few days off (and to clear the mind, as Leo Rodríguez recognized) After the Eurobasket in Valencia, it met again on July 5 in Malaga. Double confrontation against France, I work in Madrid and headed to Tokyo. The last stop of the most demanding summer.