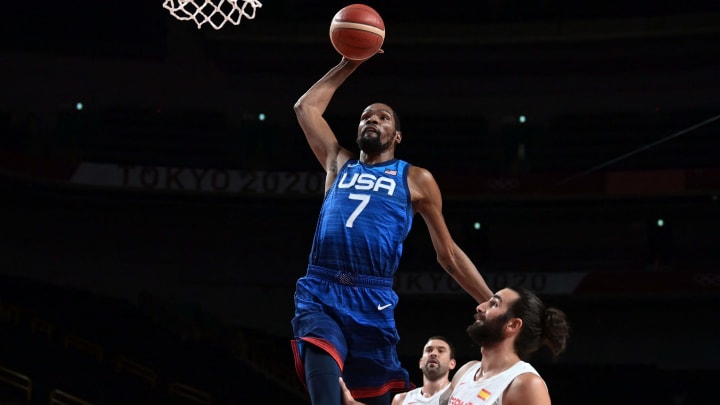 The International Basketball Federation unveiled the best players of each position in the competition of the Tokyo Olympics, a list that was composed entirely of players from the NBA.

Here we present the ideal quintet of the universal appointment.

Ricky Rubio had games of 20, 26, 18 and 38 points. He also set a new scoring record for his country in a game and the most goals by a Spaniard against the United States since they began playing with professional athletes in 1992. Their averages were 25.5 points and 6 assists per game.

Patty Mills recorded a 42-point, 9-assist game in the bronze medal game against Slovenia. In addition, he served as the undisputed leader both on the court and in the Australian dressing room, a fact that allowed him to boost his team throughout the event.

Luka Doncic had the first triple-double in the Olympic tournament since the 2012 edition and was the third player in the history of the Olympic Games with his 16 points, 18 assists and 10 rebounds in the semifinals. The Slovenian nearly averaged a triple-double throughout the event with 23.8 points, 9.7 rebounds and 9.5 assists.

Kevin Durant now has three Olympic gold medals and was also the MVP of the basketball tournament. The star of the Brooklyn nets, who could look for a fourth gold medal in three years in Paris. he finished his journey with an average of 20 points.

The pivot of Utah Jazz dominated Italy in the quarterfinals with 22 points and 9 rebounds. He then added 9 points, 16 rebounds and 4 blocks, in the semi-final against Slovenia. In addition, Rudy Gobert finished with 16 points and 8 rebounds in the final against the United States, confirming himself as an international star.

Although the US bench was packed with good players, the performances of Khris Middleton, Jrue Holiday and Devin Booker were vital to occupying the top of the podium at the Tokyo 2020 Olympics in both defense and attack.