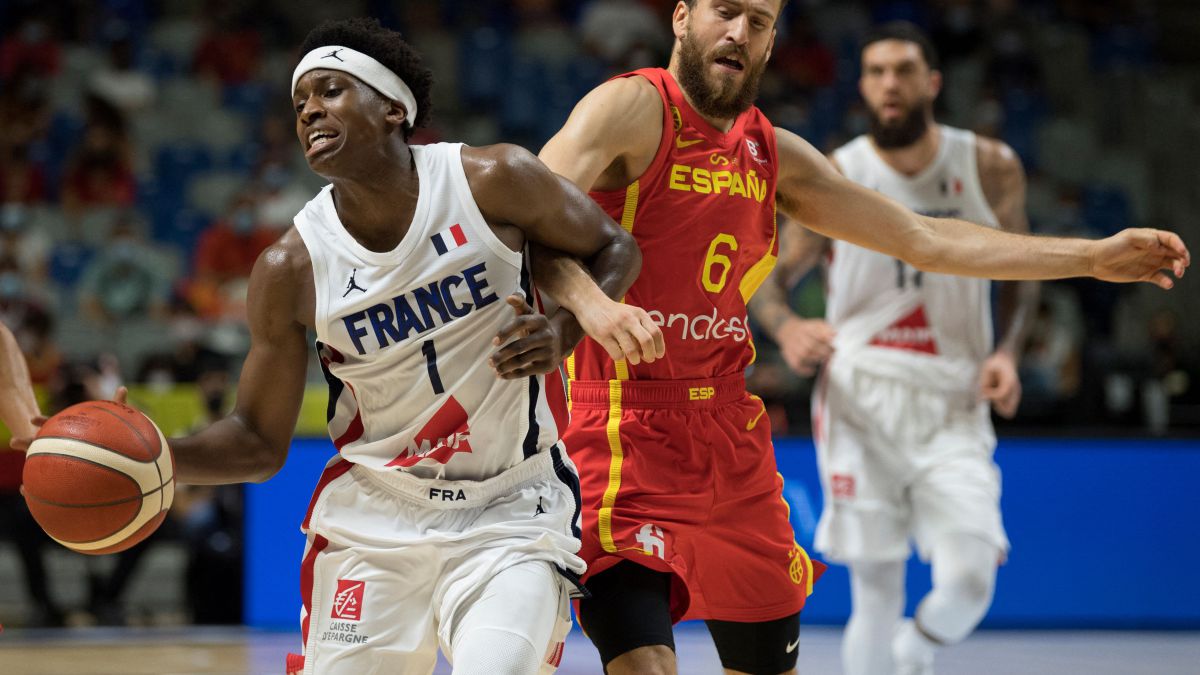 Of the top 12 selected in the 2017 draft, only three remain on the team that selected them. A terrible fact. One is already a great star (Jayson Tatum), another has the ropes to be one (De’Aaron Fox) and the third seems like a first-rate player whose injuries are preventing him from giving his true version (Jonathan Isaac). In the choice of the top 10 there were up to five bases and only one (Fox) is still in his first NBA team (Sacramento Kings).

Markelle Fultz, after a terrible shoulder injury that even led to speculation about his retirement, left the Sixers and is looking for his way into the Orlando Magic. Lonzo Ball, who also arrived with traces of a superstar, went from the Lakers to the Pelicans and this summer he has gone to the Bulls. They were the first two chosen, ahead of Tatum. In number 5 Fox came out, and in numbers 8 and 9 two bases with crossed paths. The Mavericks were expected to pick Frenchman Frank Ntilikina with the number 9, but the Knicks took the lead with the number 8 and the Texans took Dennis Smith Jr.

Neither of them was lucky. They shared a dressing room with the Knicks when Smith Jr. was part of the trade from Kristaps Porzingis and Tim Hardaway Jr. to the Dallas Mavericks. But none of them settled in Madison. Dennis Smith Jr has already had one foot out of the NBA, which he now clings to with an invitation to be in el training camp from Portland Trail Blazers, where he must earn a place for the regular season. So far he has not achieved it in the Mavs or the Knicks or the Pistons.

Ntilikina has just committed, with the market already squeezed, with Dallas Mavericks, after even his return to Europe was already on the table. The Belgian-born Frenchman (Ixelles) is 23 years old and has spent four at the Knicks, where he has shown he can be an excellent guard defensive but has not established himself as a stable player, basically due to his tremendous limitations in attack. Neither with Tom Thibodeau nor with a competition formed by Derrick Rose, Elfrid Payton and Immanuel Quickley. In fact, last season almost completely lost the site and he sank in games played (33 when his minimum was 43), in minutes on the court (9.8 when his minimum was 20 and as a rookie he played 21.9) and in statistical production: 2.7 points, 0.9 rebounds and 0.6 assists. Numbers that leave the averages of his career for now at 5.5, 2, 2.7.

So Ntilikina comes to the Mavs, the team he seemed destined for in 2017, already as reclamation project: one of those players who have lost the thread and are trying to reactivate their career in a new destination. His fit is interesting: the Mavs continue to prioritize Luka Doncic having good shooters around him but they are still looking for good defensive players heading into the playoffs, especially. In that sense, Ntilikina will seek the role in which Josh Richardson, who has now left for the Boston Celtics, was very disappointed. Jason Kidd, new coach of the Mavs, will try (although the substitute point guard will remain Jalen Brunson) Doncic and Ntilikina can share minutes of backcourt, one as an obvious catalyst for the attack and the other as bulldog defensive, in charge of making life difficult for the rival base. If he manages to solidify his outside shot, the Frenchman could end up being a good 3 + D (shooter and defense player), but first he has to show that he can be a viable player in attack and a stable piece in an ambitious rotation such as that of some Mavs who do not want to lose the step in the complicated Western Conference.