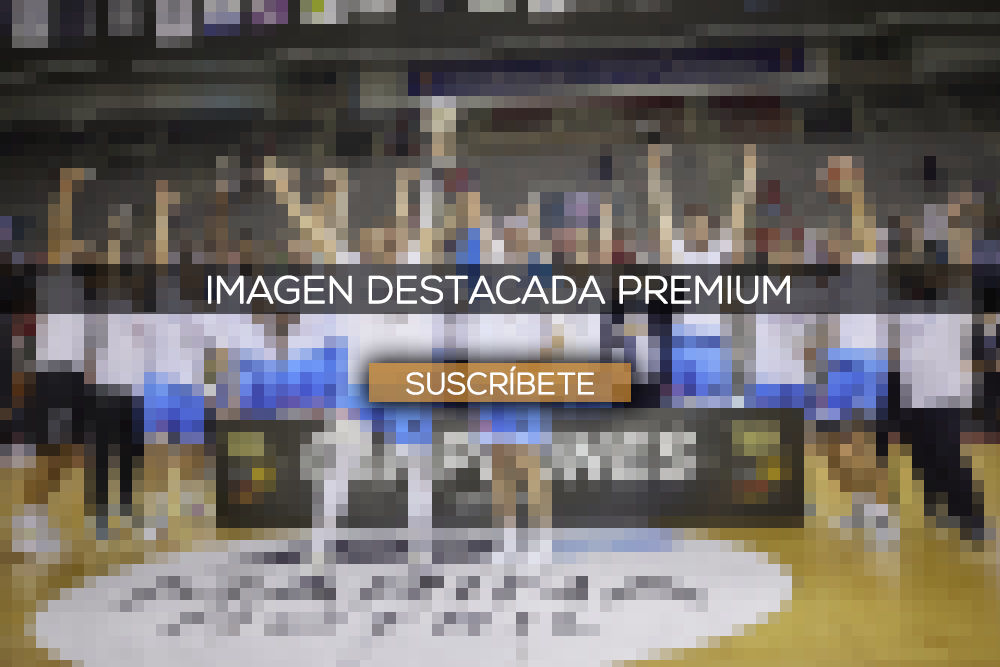 It was a very real possibility, but it took us by surprise. You will have to go through the box to see the LEB Oro on LaLigaSportsTV. Undoubtedly, the general trend of the comments has been towards the negative: on the one hand, charging for a competition that has few followers, closing the door to “new fans”, and, on the other, not meeting the minimum quality parameters (unstable signal, performance problems with Chromecast …).

The prices of the LaLiga platform are 19.99 euros per year and 2.99 per month. With the promotion of paying one month and getting three months Premium, if you want to pay month by month the section of the competition (October-June) would be more expensive than the annual one, costing a total of 20.93 euros with the initial promotion.

Personally, the annual price does not seem expensive to me. In addition to the LEB Oro it includes more sports (handball and futsal, among others) that, although I understand and respect that there are people who do not care about this aspect, they are interesting and sometimes when there is time they are seen in passing or even followed with interest. . At this time, myself as a fan of the OCB of LEB Oro I have paid in less than a week 20 euros (10 / game) to see two friendlies of my team. It is clear that it was live basketball, but for the price of those games, which were not official competition, I would have already paid the subscription to LaLigaSportsTV. To put us in real life mode, 20 euros per year is less than a 33 cl bottle of beer in the bar next to the pavilion per month (at a unit price of 2.10 euros it would mean 25.20 euros per year). For the more coffee growers, a coffee in the center of Oviedo is around 1.40 (16.80 per year, price similar to the subscription). With this I want to lead you to understand that the price itself does not seem expensive to me. Another thing is the content.

If it is paid, it is time for the level to rise. We have suffered a year of dubious realizations, with losses of the current game due to dull replays. We have suffered cuts in decisive moments with the frozen image and, to top it off, we have not been able to follow the league on all devices. It is true that the evolution over the years is good, although it really seems incredible that in the middle of 2021 we are like this. I explain. We have gone from a CanalFEB with cuts, stops and viewing angles for sufferers to a platform (What was it like? Guruu?) That was scary. From there it was passed to the agreement with LaLigaSportsTV, which televised a few games, leaving us 19/20 in a media blackout, which was only fixed on 20/21, I think, because it was the post-covid season and because the FEB and the teams were “sold” to the ACB allowing only one promotion instead of two, in exchange for an economic injection from the ACB that, in theory, had an impact on the teams to improve media coverage and be able to see all the games if one wanted.

After this evolution, now is the time to checkout, even if it is symbolic. Two years ago you could not see it and now you already pay for it. But what audience does this measure have? Who’s going to pay? The first thing is that we must be aware that we live in a totally opaque world. Some seasons ago we knew the LEB audiences and now this data is passed internally to the Silver teams, for example, but they are prevented from making it public. The data is not at all promising in the little one of the LEB, hovering an average of 400 spectators approximately in each emission (in addition, a final of competition does not even reach 3,000). Years ago, when they were public, there was little difference between Gold and Silver, and I don’t think that with the passage of 3-4 years this difference has increased between both competitions. Is it real then the pool of public who can bet on this service? Will there be 300-400 fans from each team who pay for the service? Can the coronavirus generate fear when going to the pavilion -closed area- and be more comfortable to see it at home? The reality is that we are at a time when there is an offer of everything. We see how the audience in ACB plummets and how it costs the Euroleague, remaining only the NBA and growing due to the exquisite treatment of the product (all of them are paid). In Europe, many other leagues are paid, and this condition can change each season, but in the end it is a common practice.

Is LEB Oro an interesting league beyond the fans of each team? It is clear that this course can be special. Having Movistar Estudiantes in the category is a claim and it shows the great fans behind it supporting it, but this competition already had teams like Bilbao with that weight. Even the hypothetical arrival of Marc Gasol could bring more attention, but let’s not kid ourselves: the LEB Oro is a long league and in January-February everyone disconnects from the networks, you start to miss a game of your own team and now you only see the decisive phase.

Another issue that we discussed earlier is that, if it is paid, the product must be improved (quality of the broadcast). This is not just to put summaries, a TOP5 of the day and some spectacular play. You have to go further: make an information board, preview … Offer content. The rights are theirs and the small national user who tried to disseminate in a humble and unpretentious way has been reminded that it cannot be done and that those rights do not belong to them (as is logical and by law), but the people of Gold want more . Can LaLigaSportsTV satisfy our thirst for LEB Oro content in a satisfactory way?

It also remains to be seen what will happen to the local platforms / televisions, which used to be in charge of the realization in certain cases and what Ramón Juan was talking about in an excellent entry on the subject. In the end, asking the protagonists themselves for the benefits of the rights to LaLigaSportsTV or for the money to sacrifice a promotion to the ACB is to create an uncomfortable silence. As a simple hobbyist, as with other issues in life, it is better neither to know nor to see.

The reality is that the LEB Oro is a competition that has a hard time reaching an audience beyond the specific one, which has been mistreated for years and that you only have to see the scarce creation of content from the website itself, the responsibility of the FEB, that each course goes to less. It is worth mentioning that the market table for this season has been released almost at the end (with almost 200 signings already announced) and that the official guides have been falling little by little, reducing their own contents to the effort of some titan that within of the federative writing tries to continue creating content.

In the end, the reality is that the opinion of the fans weighs little, no matter how loud it is. The rights belong to LaLigaSportsTV, which does what it sees fit. It is in our power to pay or not, as well as to look for alternative formulas. I will pay and pray that there is a leap in quality, which I doubt I will see, although in my retina there will be the memory of two seasons ago, when it was not seen and you had to pull the radio.

NOTE. Basketball Zone I don’t know holds responsible of the opinions spilled on the previous text.