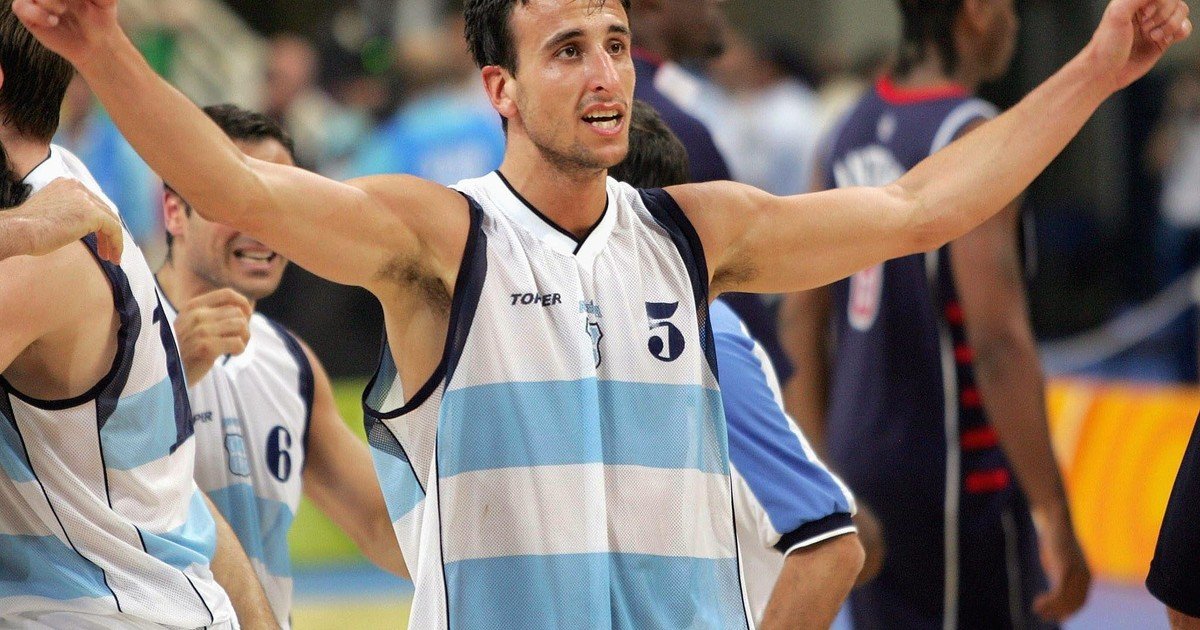 The United States is always the great candidate to win the gold medal in basketball. The Dream Team kept six of the seven golds since NBA players are allowed to participate of the competition, back in Barcelona 1992.

But of course, there is only one exception so far: Athens 2004. In the edition played in Greece, the North Americans hit each other in the semifinals, when they fell neither more nor less than to Argentina’s Ginobili and company.

It was on August 27, after the team of Magnano beat Greece in the quarterfinals and for the United States to do the same with Spain. But nobody thought that on that night, Manu and his companions would have an inspired and historic day.

The Spurs crack completed 29 points, accompanied by the 13 that Chapu added Notioni, in addition to 10 others that Luifa contributed Scola, the only survivor who is still part of the team and will say present in Tokyo. On top, Walter Herrmann appeared, who was key coming off the bench to add 11 points and four rebounds.

Stars like Tim duncan and Allen Iverson, in addition to young players who were beginning to shape their careers as Lebron James and Carmelo Anthony. But They could do nothing before the Golden Generation, who would complete their feat a few days later, when they took the gold by beating Italy in the grand finale, with a beating from 84 to 69. For his part, The United States ended up on the podium by getting the bronze medal.

The defeat of the United States with France

This Sunday and in its debut in Tokyo, the Dream Team could not with France, which gave the great surprise and won 83 to 76. And that the team of Gregg popovich started in advantage. After the first half, the United States finished in front 45-37, after you’ve mastered those initial 20 minutes.

But of course, the European team reacted in the third quarter and turned it around, from the hand of his great figure, Evan Fourier, author of 28 points, four rebounds and an assist.

In this way, France reached the last quarter with an advantage of 62-56, a distance that it was able to maintain in the remaining 10 minutes, which were very even. In the end, he ended up winning 83-76 against the team of figures such as Kevin Durant, Bam Adebayo and Keldon Johnson, among others. On the side of the North Americans, the great figure was Jrue Holiday, who completed 18 points, seven rebounds and four assists.

“Basketball is an international sport, there are a lot of good teams in the group, it shouldn’t be surprising. The talent gap has narrowed. France worked well, they were consistent on both sides of the court, it’s as simple as that, “the American coach explained in the conference after the historic defeat.

Now, the Dream Team is preparing to raise its head in the early hours of next Wednesday, when it is their turn to face Iran. Meanwhile, France will collide with the Czech Republic, the same day but a few hours later. The Gauls, who started on the right foot, have already made history in Tokyo. And they want more.