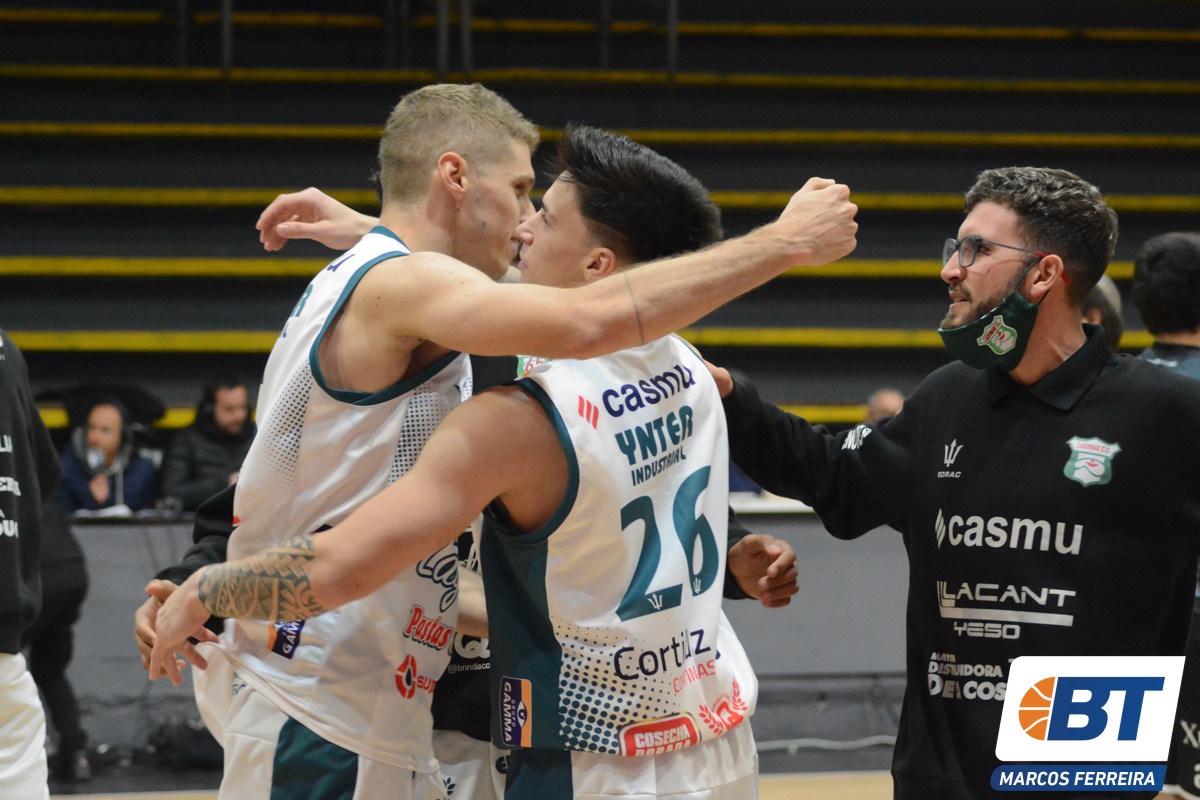 The young Danubian cast surprised the movement with intensity behind, forcing losses that generated court runs for Álvarez and Andreoli that put him early in front. Lagomar was pure nerve and haste, until he improved his aim a little and equalized the game, without playing well but with an interesting entry from Larrea to join Couñago and Macanskas, Lake closed the first winning 18-16.

Seba Álvarez and Andreoli found important triples to keep Danu in the game, but the Green reacted as usual with the entry of its captain Cardozo, who together with Bruni and Larrea, gave the Canarian team greater defensive intensity, and from there everything it was easier for Rodríguez’s for a while. But the strip did not leave the script, it overcame the complicated moment and again from the hand of Andreoli and “Tati” Fernández with pumps came into play, and even happened with a great closing of Varela that left things 44-41 to Danube’s favor at halftime.

Those from the coast seemed to come out with another intensity to complement, but Álvarez destroyed that moment with two bombs (one with a foul included) to return the leadership to Danu. After that spicy start to the period, the game entered a great plateau and got ugly, but especially Lagomar totally confused the roads and continued to abuse the shot; While the band beyond all its limitations managed to continue complicating now with the Grolla-Mujica duo charging down, those of the Curve went to the last break up 58-54.

The process remained stuck and dull in the game, although the one that best accommodated to this harsh moment was Guido’s team, with a Grolla getting bigger in those frictions. Until Danubio with bad offensive decisions brought Lagomar back to life, who found a couple of quick attacks with the “Kitten” to be within range again. As the game deserved (not for good but for even), the night would have a closed end. The free games were key in the closing, Couñago got one and missed the other, leaving the last chance for Danubio losing by one; but the fringed could not put it on the court, it ended in one more robbery of Cardozo and unsportsmanlike on him, who did not hesitate and defined this laborious triumph of Lagomar by 71-67. Without playing well and suffering more than necessary against a diminished rival, but starts winning thanks to the reaction he brought from the bench with Cardozo and company.