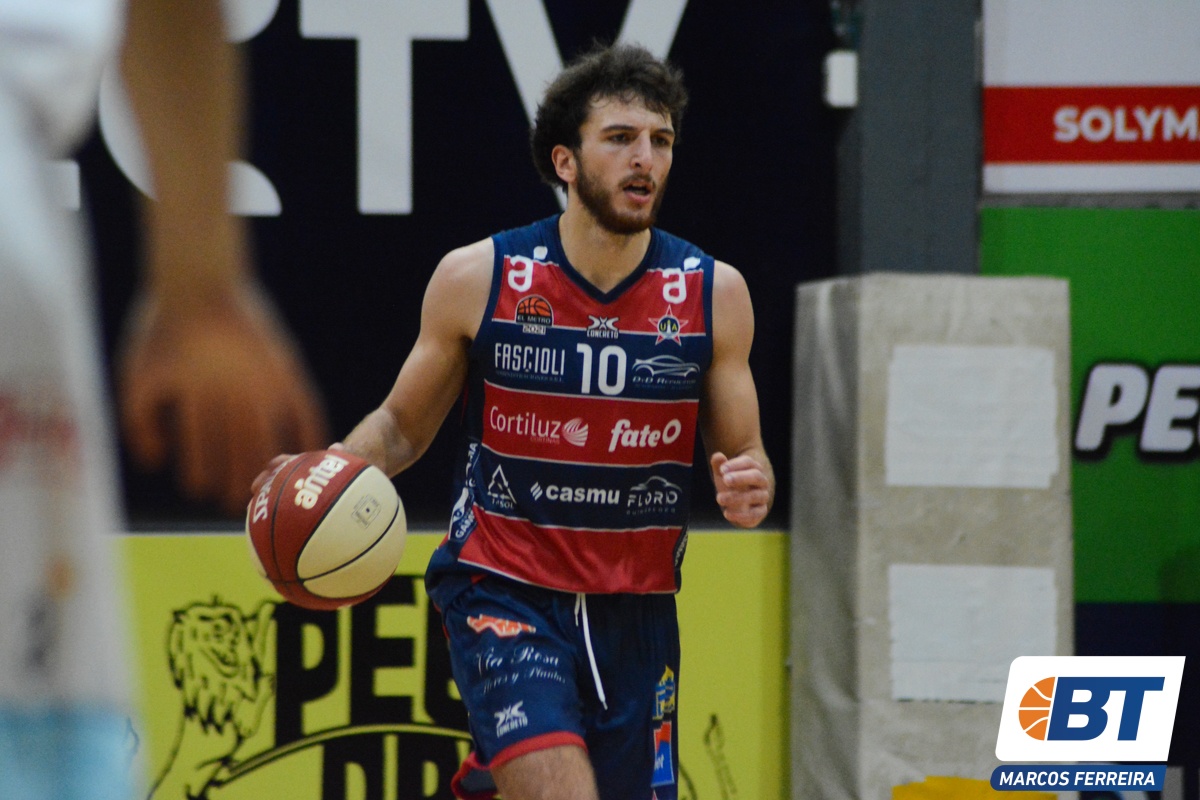 Unión Atlética obtained its first victory in the tournament. After the first-hour duel at the Union, Básquet Total spoke with Joaquín Dios.

“The truth is that we came out on the right foot and determined to raise what we worked on. Luckily the result came from a fairly solid defense, and I think this was the key to taking us this game “; stressed. “The popular jargon says that a coach who makes his debut doesn’t lose, and luckily we were able to win our first game. Lovera’s intensity in defense, containing the 1 × 1, made the difference “; Joaquin added.

It was a very dynamic game, with streaks for both sides: “Sometimes we despair and get into their rhythm”, said the young base of Unión Atlética. “That was not our proposal before starting the game, our idea was to start from the first minute, playing as calmly as possible. They They pushed a lot and we ended up losing a lot of dumb balls that in another game would have been avoidable. Personally, I lost a ball from the pitch, to transport the ball and build the team. Then we were able to get within range and get out of the squeeze. And with solid defenses, we were able to get the victory “.

Daniel Lovera in his first Metro game as coach of Unión Atlética, made some adjustments: “We had to look for Emilio Taboada in the low post, but he was loaded with fouls, and Nicolás” Tico “Delgado appeared, who saved us with his game, his pick and roll, he is a class of A with all the letters, he surrenders and we we can support him “God commented.

In the end, the game was given so much to so much, the public that had supported from his place, thus he declared: “For a long time it has been playing without an audience, the people who can access, as in the case of the managers, and some assistant of the team, have a lot of passion for basketball. We are two teams that usually they have too much passion, their fans like their players. In addition, the field was too wide and loud, but at the moment the song of those close to it was lent ”.

On the adjustments for what is to come, he opined:“We have to improve a lot of defensive things and also the offense. Personally, I have to improve my three-point shot. At times I am a bit messy, I would have to order myself to try to order the team more, in hot moments of the game that should be thought more. And the key whether you like it or not is in defense. We are going to take rival for rival, trying to focus match by match, and now to rest that we come from two intense days and with a lot of wear and tear ”.