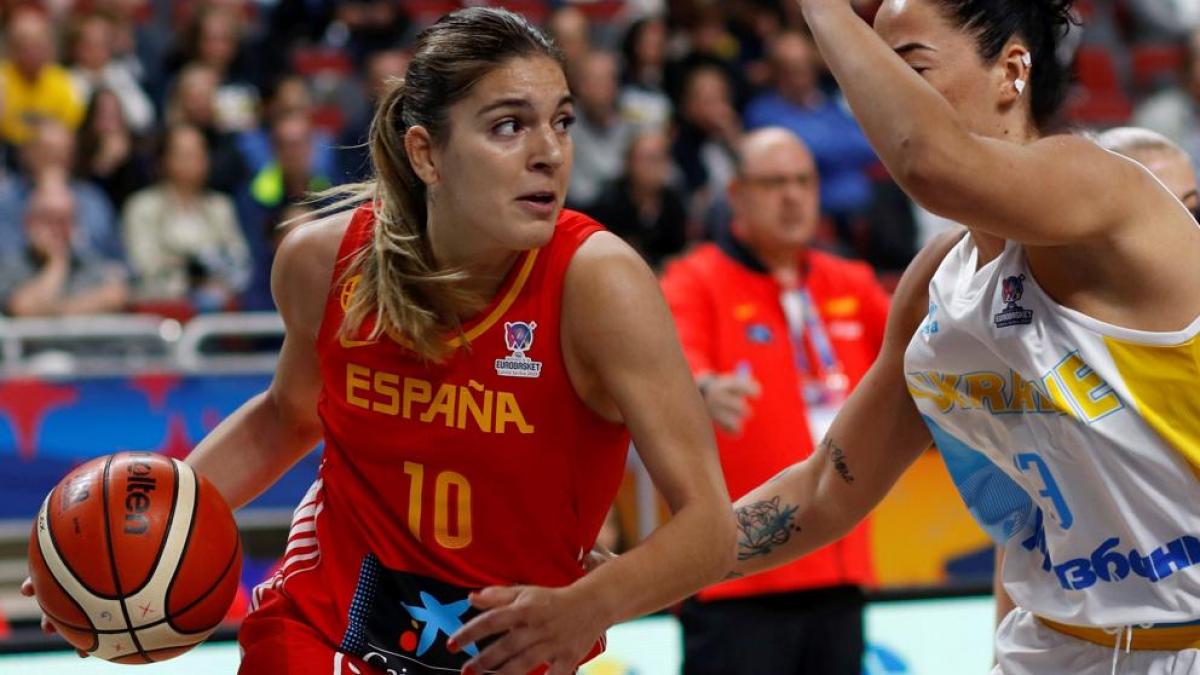 This past Saturday Lucas Mondelo was dismissed as national women’s basketball coach. This dismissal was argued for “the failure to achieve sporting objectives.” But those were not the only reasons that the Royal Spanish Basketball Federation and its president, Jorge Garbajosa, had to dispense with their services.

In an interview with The country, Marta Xargay (30), one of the icons of women’s basketball in the last decade who retired on July 15, has denounced the psychological abuse to which she was subjected by the already former coach, which led, according to her testimony, to suffer from bulimia. His heartbreaking testimony was silenced until after the Olympic Games by Jorge Garbajosa’s call not to destabilize the Olympic team.

I’ve had a lot of problems with food because of this person. “


After 12 seasons in the elite and after having added 14 club titles and seven medals in eight championships with the senior team (147 caps), Marta Xargay is one of the great symbols of Spanish basketball. On July 15, at just 30 years old, he ended his career just before Tokyo 2020. Among others, his reasons were that although “basketball has filled me with life, but all that glitters is not gold.”

Now, in an interview he has revealed what he suffered with Lucas Mondelo as a coach. “The time came when I had to put the person before the athlete. I could not continue to endure unacceptable things. There are limits that must not be crossed and he took me to a very heavy limit. It is hard … I have had many problems with food because of this person. It all started in Russia, in my time at Dynamo Kursk. We were weighed every week and he was always behind watching everything. There were several situations, in team rallies, in which he approached Sonja Petrovic and me and she told us that we didn’t have dessert because we were fat, “says Xargay.

“At that time I weighed 67 kilos, and I am 1.82m tall. I was physically fine, but that made me very insecure, on and off the track. I was constantly telling myself that I was out of weight … This caused a revolution in me physical and mental, “he adds.

She relates that all of this led to the diagnosis of bulimia and orthorexia, an obsession with healthy food. Xargay points out that she tells her story with the “desire to help more than to report. I tell it because I believe that I can help many girls who are going through the same thing.”

Xargay also denounces Mondelo’s constant disrespect and lack of respect: “He has not known how to control his authority. At no time has he respected me, neither as a player nor as a person. He has had many comments, public and private, attacking me and getting to value my life private and my relationships, “he explains.

He has failed to control his authority. At no time has he respected me, neither as a player nor as a person “


Despite this suffering, Xargay won gold with Spain in the 2019 European Championship, and was the top scorer in the final against France. “I don’t know where I got the strength from. It was a: I am bigger than you, I will be able to with you. I was passionate about playing and I wanted another medal, ”he explains.

However, behind the triumph the reality was different. “I felt bad about eating, even if it was a salad… I didn’t enjoy the food, I would eat anxiously and then I would go to the bathroom… My psychologist would not let me weigh myself and in concentration with the selection I followed that control. It made me very anxious. When I knew that they had to weigh us the next morning, at night I did not sleep ”, he recalls.

I lost my sense of reality, of what I was like physically. Whether she was fat or not. If he ate well or not “


“I lost my sense of reality, of what I was like physically. Whether she was fat or not. Whether he ate well or not. Now I love and accept myself again, but there comes a point that that gets into your head. Even today, when I no longer do nonsense with food, I feel that this has left its mark and it will be with me all my life. The thought returns in a recurrent way and the social pressure with the ideal woman prototypes does not stop promoting it ”, he points out.

Xargay’s testimony and resignation are in addition to those of Anna Cruz and Laura Nicholls. “The family is not treated like that. It is very difficult for me to deal with certain things that do not fit with the professionalism of this sport: respect and dignity towards some professionals who have a successful career behind them, ”said Cruz. “The time has come to stop putting basketball before my own life,” said the Cantabrian center. There, a team that had won seven consecutive medals between 2013 and 2019 began to be beheaded.