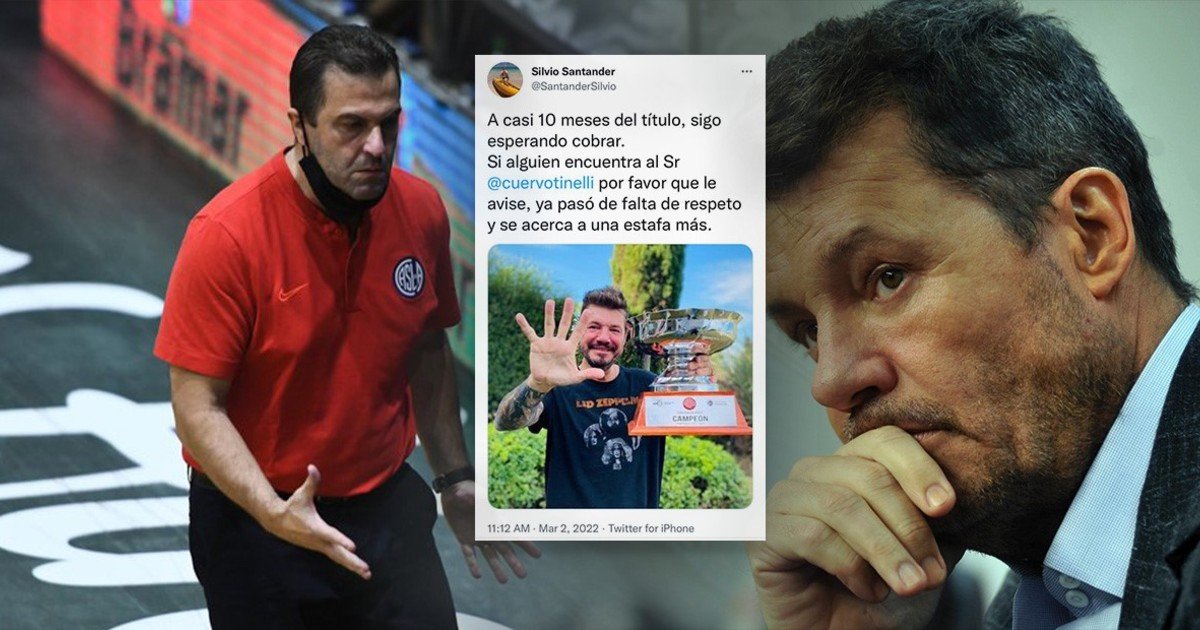 He launched the tweet and the posting quickly garnered more than 3,000 likes and endless comments with signs of support. Silvio Santandercoach who was champion with the basketball team of San Lorenzo, expressed his anger over a debt that the club has with him and aimed directly at Marcelo Tinelli in social networks.

“Almost 10 months after the title, I’m still waiting to get paid. If someone finds Mr. @cuervotinelli please let him know, he’s past disrespect and is approaching one more scam”. Thus, with those very harsh words, Santander showed his fever for not having received the money that he had been promised after the last championship.

The now DT of Guaiqueríes de Venezuela had spoken months ago about the situation with San Lorenzo and had already anticipated the issue of debt. In addition, she had detailed that they no longer even answered the phone. “In my case, there is a very important debt from San Lorenzo, and it is somewhat annoying, it is not something that should happen, many of us are waiting to collect. Every time I try to communicate with someone from the club, they do not answer me. I did everything through my agent, but I didn’t find a solution and I know I’m not the only one,” he said in dialogue with Uno contra Uno web.

Continuing with the topic, he had expressed that he was having patience to avoid making his claim through legal means: “I am putting my best will. It is a situation that worries me and that I hope will be resolved soon. I put my good will into something that exceeded the times and I am trying to do things in a good way so as not to go to trial and not have to resort to FIBA”.

Finally, he closed by reiterating that he no longer had a dialogue with those who should pay him: “Players and coaches have to avoid taking action against the clubs and be grateful to the people who do everything so that it can be played, but if there is something signed it will be must comply. The least one expects is a communication to understand what is happening”.