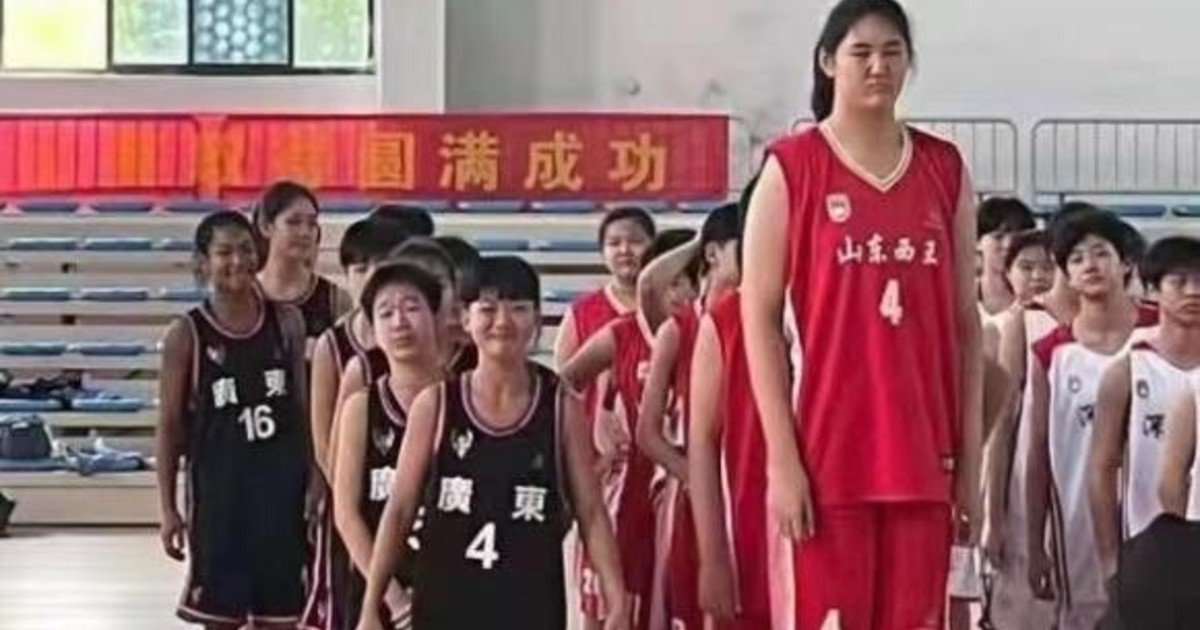 The sports world talks about the new promise of women’s basketball. Is about Zhang Ziyu, the china of 14 years who impressed everyone by his good game and, above all, by his incredible stature. Their 2.26 meters They were key for her to become the star of the women’s final of the National League Sub 15. When the images went viral, users were surprised and even compared her with Yao Ming.

It is clear that it is not a common factor for a 14-year-old teenager, regardless of gender, to exceed two meters in height. However, in China the case of Ziyu became known, who with 26 centimeters more to that line, became one of the figures of the contest and that shows a promising future in a sport where physical characteristics make a difference.

This is how Zhang Ziyu plays

The young woman born in Shandong dazzled with 42 points, 25 rebounds and six blocks And just by seeing fragments of the game through the video released by social networks, she is enough to realize that she has a great advantage over the rest of her teammates and rivals, whom she conditions with just her presence.

The great enigma for the opponents was mainly to decipher how to mark it. Because some did not even extend their arms or jump to block Zhang’s shot, which took the greatest credit for the victory and the championship played in Jingzhou (Hubei, central China).

.Among so many comments by networks out of amazement, users began to compare her with the Chinese star Yao Ming. The ex NBA from 2,29 meters was a figure of the Houston Rockets (where he arrived as the first drafted in 2002), he was the fourth tallest player in the most prestigious league in the world and became one of the emblems of the sport of the Asian country, to the point of being the standard bearer of the delegation in the 2008 Beijing Olympics.

Yao Ming, inducted into the 2016 Hall of Fame

Runs in the family

The conditions of the young woman have a rational explanation and that is that she carries it in her genes. Because as much as his father (2.13 meters tall) and his mother (1.98) They far exceed the stipulated average in terms of height and undoubtedly that contributed to the daughter following in their footsteps, and even exceeding them.

In fact, they are both former basketball players (the mother, Yu Ying, became part of the women’s national team) and without a doubt they imprinted on their daughter’s DNA not just an extra couple of centimeters but also a passion for the sport, Especially basketball, in which, unlike other disciplines, these skills are essential when trying to hole in a hoop located in the heights.