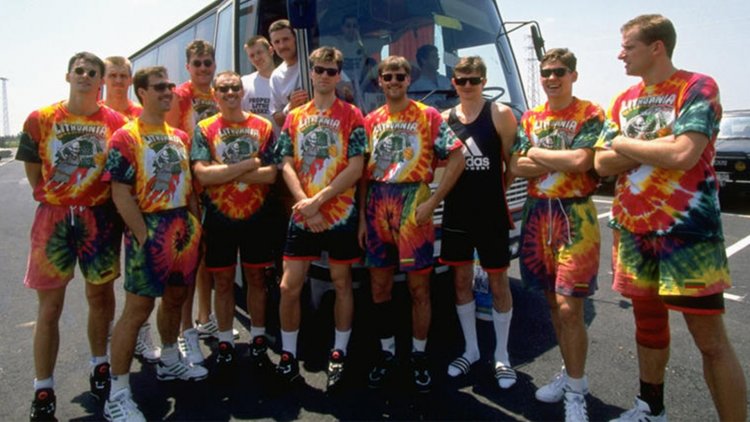 Sometimes it happens that on a court there is much more at stake than a simple game. Amid the glamor and high budgets that professional sports currently go through, it is forgotten that in competition there are stories of struggle that often carry the dreams of an entire nation. And beyond patriotism and nationalism, representing a territory on a playing field can mean a discharge, a relief and a collective euphoria for millions of people.

Examples of this are many throughout the history of the sport, but few are related to rock n roll. In fact, few have to do with rock in the Olympic Games, beyond a promotional song or an artist pending the competitions. But at the 1992 Barcelona Olympics, psychedelic rock group The Grateful Dead joined forces with the Lithuanian basketball team to help a whole country fulfill a dream.

The early 1990s were a turbulent and changeful time for Europe. In 1989 the Berlin Wall fell and with this came the end of the Soviet Union. This meant that many nations became independent from Russia and began a somewhat chaotic transition, but that little by little, it returned to unite countries that for decades were divided. At the World Cup in Italy 90, a unified German team raised the cup, which was a tremendous help to rebuild an entire nation, and therefore, at the opening ceremony of the 1991 Olympics, there was a lot of expectation as several countries were going to parade for the first time with their own flag.

Among those nations was tiny Lithuania, which with just three million people, had become independent after 50 years of Soviet control. Much of the twentieth century, this country spent it being annexed to different powers. It was first invaded by Germany in the First World War; then for Poland; later the Soviet Union took the territory without meeting resistance; But with the outbreak of the Second World War, the Nazis controlled the country and many young people joined the Lithuanian Jewish extermination squads; finally after the victory of the Soviet Union at the end of the war, it took control of the country again until its independence in 1988.

But, apart from the horror of war and a painful wake of death, at the beginning of the last century, another foreign force took over Lithuanian society, but for the better. Basketball has been the great passion of this country since the 1920s, when Frank Lubin played for the University of California team. Even in ’37 and ’39, the Lithuanian team won the European basketball championship, but during their years in the USSR, Lithuanian players represented the Soviet bloc and won several Olympic medals.

But these triumphs were bittersweet for Lithuania, since its people always dreamed of seeing its flag rise on the Olympic podium and Barcelona was the opportunity to prove itself to the world. The problem is that with independence the general bankruptcy also came and the country did not even have the budget to buy uniforms, worse to send the team to compete.

Fortunately, Sarunas Marciulionis, one of the stars of the team, had been recruited in 1989 by The Golden State Warriors, the San Francisco team, and Donnie nelson, one of the coaches, decided to try to give a hand to the Lithuanian team. The man contacted a newspaper and recounted his player’s story in hopes of getting some help.

And help came from an unexpected place.

A good day, Dennis McNally, publicist for The Grateful Dead, opened the San Francisco Chronicle and read the history of the Lithuanian basketball team. He immediately spoke to Gerry garcia Y Bob weir, founding members of the band, who were very fanatical of the sport and decided to give a hand.

But The Grateful Dead did not want to just give money and voila, they also sent some colorful psychedelic uniforms that had the colors of the Lithuanian flag and in the middle there was a skeleton making a basket. These were a rage in Barcelona and a half that overshadowed the great stars of Olympic basketball: the famous Dream team from United States composed by: Michael Jordan, Magic Johnson, Larry Bird and other historical names in the NBA. 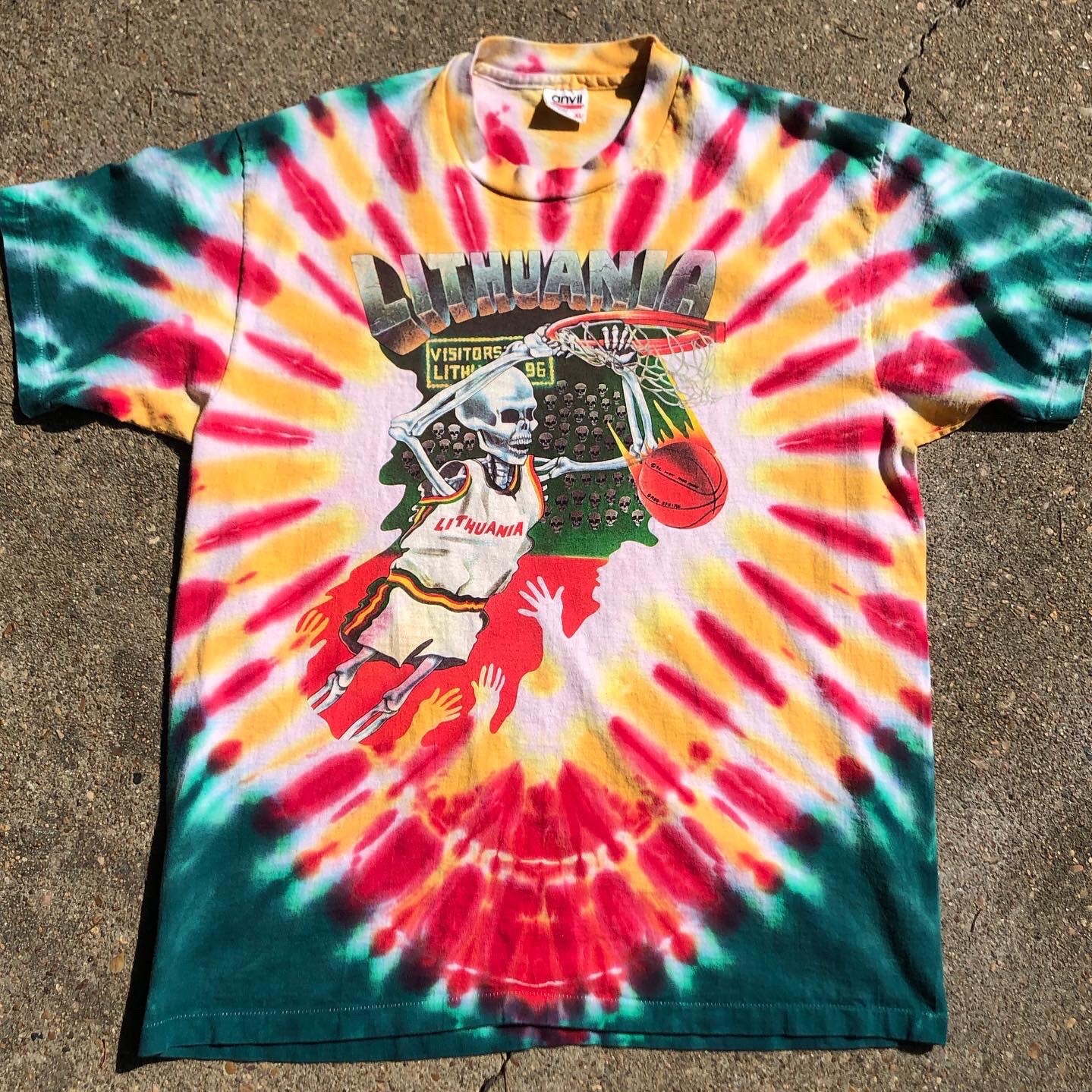 Also when the humble Lithuania began to win, the eyes of the world were on the team that in the semifinals faced Jordan and company. Obviously the Americans won without a problem, 127-76, but if, as it was a whim of fate, in the match for the bronze, the eastern European rock team had to face their former invader.

How boring to see the United States beat Croatia by 32 in the final. The truly epic game of Olympic basketball, and perhaps the most important in its history, was Lithuania against Russia. This was a unique opportunity to heal the wounds of the past and start over as an independent nation.

This was an exciting match from start to finish. Few times has such a close and even match been seen in which the players left absolutely everything on the court. For Lithuanian players this was the most important moment of their lives, perhaps the minutes that gave meaning to their entire existence. The prognosis was reserved throughout the contest and finally, in a heroic way, Lithuania won by just four points.

82-78 was the final score and when the players took the podium, they not only wore the colors of their flag but those of rock n roll. 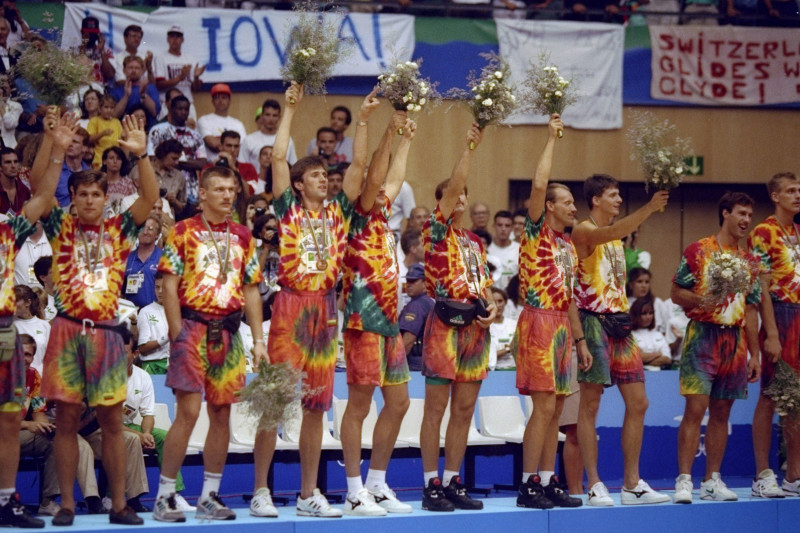