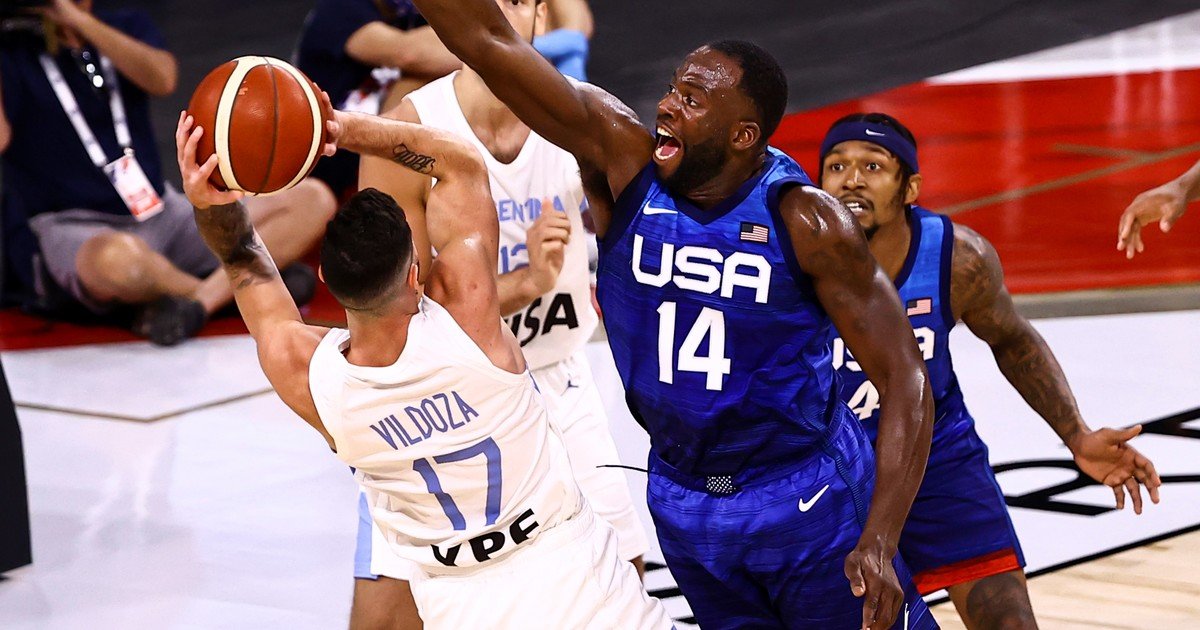 To beat the United States, on one side all the planets have to align and on the other they must be in another galaxy. That happened in the first two friendlies of the Dream Team in Las Vegas for Nigeria and Australia to achieve resounding victories. But against Argentina, right against Argentina, the Yankees were once again those stars that shine in the NBA to prevail by a convincing 108-80.

The friendly before the Tokyo Olympics It started with a dunk from Bam Adebayo. Two bombings of Kevin Durant and a quick 15-4. Added to that was an inspired Damian Lillard, used to shooting 3s from the house. Argentina, as it had happened in the defeats against Australia and Nigeria, had a hard time stopping the opponent’s attacks and was not entirely fine in the face of the basket. The first 10 minutes closed with a resounding 33-19.

Kevin Durant was one of the top scorers for the Yankee team.

In the second quarter, the national team raised their level and came into play. Luis Scola, who finished as the top scorer with 16, and Nicolas Laprovittola, author of 13, were responsible for bringing the albiceleste closer to -9. But the reaction was temporary, because at halftime the United States became a scoring machine and made it clear that Argentina will have to greatly improve its defensive commitment to be competitive in the international event.

Bradley can face the mark of Marcos Delía.

The Yankees quickly went 13-6 in the third period and that brought the score to 71-48, a distance of 23 points. The time-out lost by Sergio Hernández served to connect the team beyond the fact that the game was sentenced. The NBA Lucas vildoza, which finished with 9 points, was important and the selected one finally finished -19 that quarter before the final -28. Facundo Campazzo Y Gabriel DeckThe other NBAs did not stand out: they scored 12 and 10, respectively.

It is clear that neither of them likes to lose, but Argentina did not go in search of results to Las Vegas, but to shoot after almost two years without playing together. The same had happened in the preview of the 2019 China World Cup, when the National Team lost three matches (Brazil, France and Spain) and then showed its character through the points to finish with a historic second place. Now it will be time for Oveja Hernández to draw his own conclusions to choose the 12 that will compete in the Tokyo Olympics.

The ship of the defeat of Argentina.