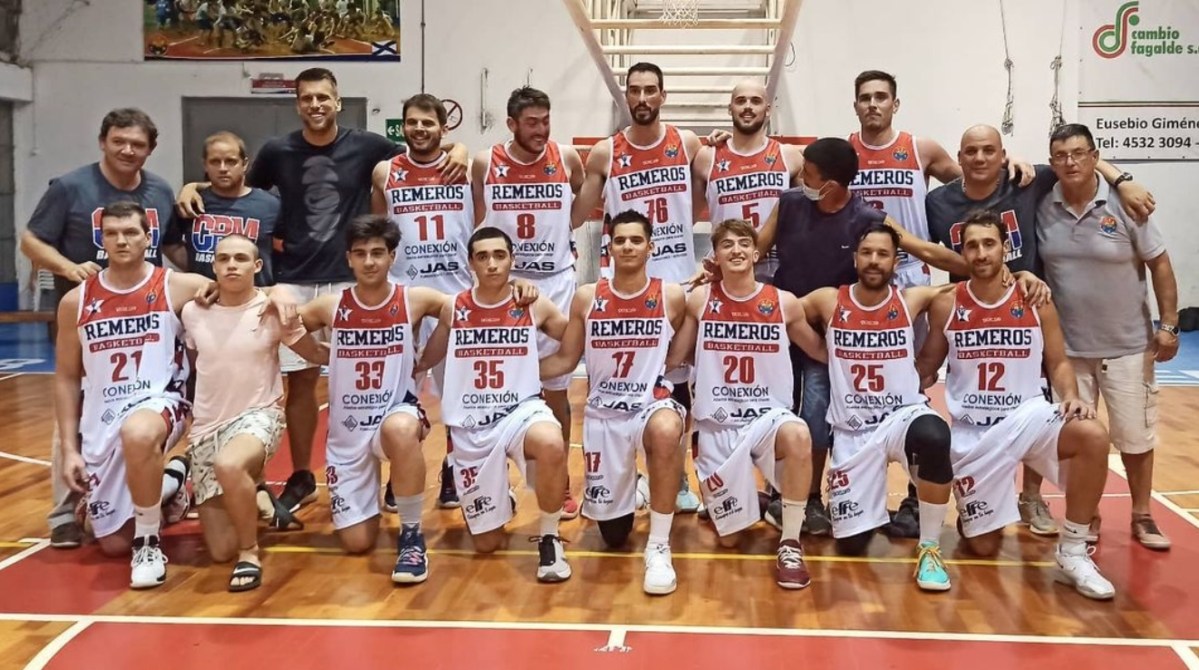 The Soriano Regional Basketball League First Division Competition Cup began. The championship is played between Monday and Friday, with five games per date, one per day except for Wednesday.

The first round a game is played against each team to determine the six teams that will participate in the Liguilla. Those who finish in the seventh and eighth position will stop competing. This League will be played in a round trip regime, the first four will play the semifinals and final for the title.

For this edition and after many years there will be the relegation of two teams, those that finish in the ninth and tenth position of the Competition Cup and together with Peñarol de Dolores will play in the Second Division next season.

The opening of the championship on Monday 15 had the current champion with his people on his stage against Nacional de Fray Bentos, the coastal team had no mercy on his similar from Fray Bentos. The top LRBS winners dominated the match from end to end and there was practically only one team on the court.

It should be noted that several men who defend Rowers have a past in the Uruguayan Basketball League, such as Rodrigo Brause, who was the great figure. The “Coquito” culminated with 22 points, 2 assists and 3 rebounds. In turn, Facundo Ferreira also stood out with 17 points, Facundo Siniestro with 10 and Hernán Pita with 7 points, 5 rebounds and 5 assists. In Nacional, Diego Correa with 12 points, 2 assists and 2 rebounds was the most outstanding.

After the match, Basketball Total chatted with Rodrigo Brause: “The first game with Nacional was very nice, it was beautiful to play again with an audience that I hadn’t been given in a long time. It was a game against a direct and complicated rival but we knew how to get it out well, that is because we have been training great, we had a two-month preseason where we played home runs with teams from Montevideo that helped us to measure ourselves. Since I arrived they integrated me well, with several I played against in Montevideo and I knew myself with Emiliano Giano, the dynamics of the game is similar to what I am used to. Now we will play with Pacembú and Praga who are two direct rivals and it will be nice to measure ourselves and see what we are doing. I’m enjoying it and taking time to improve physically and technically, taking advantage of this opportunity to grow ”.

Tuesday’s day had the current vice champion in the Founding Partners of Fray Bentos at home against Sandú. The funeral team is very changed and decimated compared to the previous contest where it fell in the final with Rowers.

Sandú dominated the actions from end to end and practically in the first half sentenced the game of the hand of the “promotion man” Nicolás Ibarra who culminated with 23 points, 6 assists and 7 rebounds. The former Cordón was well supported by Federico Koster who finished with 16 points, 1 assist and 3 rebounds. On the loser’s side, Federico Suárez stood out with 20 points and 5 rebounds.

After the meeting, Basketball Total spoke with Nicolás Ibarra: “It was a special start, we had a bit of luck on the first date against a very weak Anastasia going through generational and institutional changes, with many young players. Although we also come with changes, Sandú bet on young players from the club such as Nicolás and Federico Koster, other guys from the club and they called me to bring a little experience to this team. The idea is to leave something for subsequent years as they seek to grow with home players ”.

About the contest he commented, “Remeros is always the candidate, he is generally detached from the rest, as for us we add Rogelio De León and Iván Vega at the end, so we have height in the table which was what we lacked and now we are confident in what we can. to do from the youth of the boys both in defensive intensity and with runs and with the height in the painting with De León and Vega ”.

To conclude, he commented: “This date was very important for us, a difficult moment was being played due to the loss of the Koster’s grandfather (Luis Eduardo) and the team was shocked, I was experiencing something very special from another point of view playing with my youngest 20-year-old nephew. that we came together from Racing so living something very special ”.

In Thursday’s game, Dolores’s team won against Esparta in a match that always had it in front. The Papal players changed their squad a lot compared to the previous edition of the tournament and they are looking for surprises. The great figure of the meeting was the former Aguada and Olivol Mundial, Federico Álvarez who dispatched with a double – double 22 points and 10 rebounds added to 3 assists.

Just after the Total Basketball match, he chatted with “Negro” Federico Álvarez: “We knew we were playing against a direct rival, it was one of our three finals thinking about the goal we have to enter the top six. We were facing a tough rival but from locals we have to assert ourselves, we train on weekends to play during the week and we are just seeing the new things that the coach wants, I think that over time the team will feel more comfortable To play, we all know our roles, which is very important thinking about fulfilling our objective. I am very happy because Bella Vista opted for me and for putting together a competitive team to enter the top, we have the objectives well clear and the team is strong, then the rest comes only with training and work ”.

Pacaembú had no mercy for Rojo and beat him at home in a game that he dominated at all times. Precisely the “Paca” is one of the team that was put together to fight the current champion of the Regional Basketball League of Soriano, Remeros and it shows. In the winner, Octavio Medina stood out with 26 points, well seconded by Sebastián González with 18 points and 5 rebounds. In turn, Andrés Aristimuño and Juan Manuel Garbarino contributed 12 units each.

Former Hebraica and Macabi, Octavio Medina chatted with Total Basketball after being the figure of Pacaembú: “We are very happy to play again, there are many colleagues who had not played for a long time, unlike me, I had the opportunity to play some El Metro tournaments during the pandemic. At the beginning we were mixed up but we have a team that allows a rotation, that has several goal lines and many strengths. Once again, the key to the victory was the defense and that we knew how to contain their goal lines in order to get the game out. Now we have to face all the clash with Rowers, which is going to be a nice show considering that it is one more match in the first phase where we hope things will be in our favor ”.

In perhaps the most even match of the date, Prague beat Racing at home and started in the best way in the LRBS. In turn, it was also the most entertaining game played on Mercedarian soil.

The great figure of the match was Agustín Viotti with 26 points, 7 assists and 3 rebounds, well seconded by Emiliano González with 16 points, 3 assists and 5 rebounds. In turn, the former Capurro Martín González contributed 10 points, provided 1 assist and dropped 8 rebounds. On the part of Racing, the former Capitol Iván Simovic stood out with 19 points, 1 assist and 6 rebounds.

After the meeting, Basketball Total chatted with Agustín “Tino” Viotti, the figure of the meeting: “We have just started and we have a lot to improve, we had few practices and we know that it is a short championship. Yesterday it got complicated for us and we didn’t play well but we were still able to get ahead and get the points that were important. We have a competitive team but our objective is to fight to be champion, although we know that we must continue to improve ”.