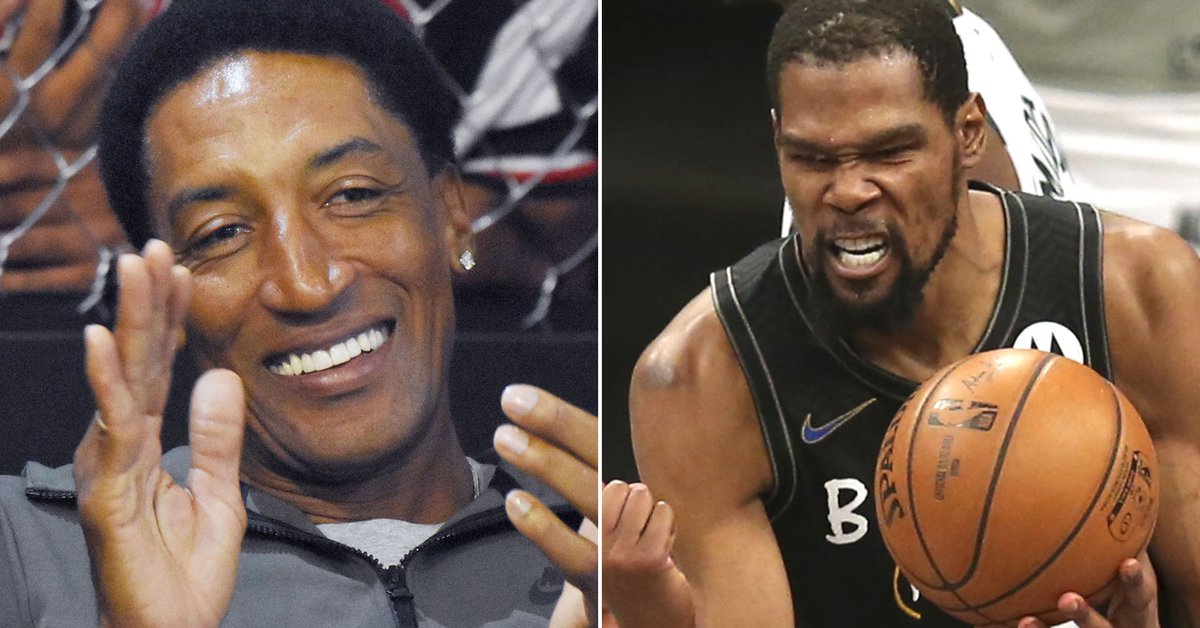 After becoming one of the best players in NBA history, Scottie pippen He became a great analyst of the game and everything that surrounds the best basketball league in the world. The six-time champion with the Chicago Bulls and great side of Michael Jordan In the conquest of the titles, he is one of the most acidic commentators and is always in charge of comparing current basketball players by their conditions and their way of playing.

In the last hours, Pippen referred to Kevin Durant’s performance in the series the Brooklyn Nets lost to the Milwaukee Bucks for the Eastern Conference semifinals in the playoffs. While the chosen Most valuable Player of the league in 2014 had a dazzling performance, the historic number 33 of the Bulls He took aim at him and compared him to LeBron James.

“KD, as much as his attack was great, he was his worst enemy because he couldn’t play team basketball.”, was the first analysis that Pippen made in an interview he gave to GQ magazine. “He tried to go blow by blow. Did you see LeBron throw a shot like that? He wouldn’t, he would be smarter. “added the former forward.

When asked about the individual capabilities of Durant and James, that’s where Scottie deepened his criticism of the Nets’ No. 7. “KD can score better than LeBron, and he’s probably always been that way. But have you gotten over it? Not. He tried to beat the Bucks just instead of using the team. LeBron would have figured out how to beat them without ending up exhausted and perhaps without taking the last shot. But LeBron is not KD. KD is a shooter, a scorer, but he doesn’t have what LeBron has. “

Once Pippen’s statements went viral on social media, Durant took advantage of his Twitter account to respond harshly to the man who was key in the championships that Jordan won in Chicago and took aim at him for a memorable postseason game against the Los Angeles. New York Knicks in 94 in which the forward did not enter the court in the final seconds because he got angry with Phil Jackson.

“Didn’t the great Scottie Pippen refuse to go to the game in the final seconds because he was in his feelings that his coach designed the play for a better shooter?” the two-time NBA champion wrote with Golden State in reference to the anecdote that came to light again in the documentary The last dance, which recounts Jordan and Pippen’s Bulls last season and reviews MJ’s story in Chicago.

But that wasn’t the only response Durant had against Pippen. Then he made his position clear again. “This man Scott wanted to enjoy his summer too, so he decided to rehab for the season. Hey Scottie, THEY WERE FOLLOWING PHIL, NOT YOU! “, emphasized the Brooklyn forward and recalled when the former Bulls player had surgery at the beginning of the 97-98 season instead of in the break because he was facing the franchise leadership.

Beyond Pippen’s comments on Durant’s individualistic play, the 2.08-meter was the Nets’ great figure in the series against the Bucks. Before the drop of Kyrie irving and with a James harden Decimated physically, Kevin held Brooklyn until Game 7. In the last game, he scored 48 points and had the final shot to win the series, but the ball missed and it was the Milwaukee team that advanced to the round.

He lost his grandfather in a brutal murder and became an NBA star to honor him: the moving story of Chris Paul
He broke the vertical jump record and became one of the NBA’s most coveted youths – his shocking brand