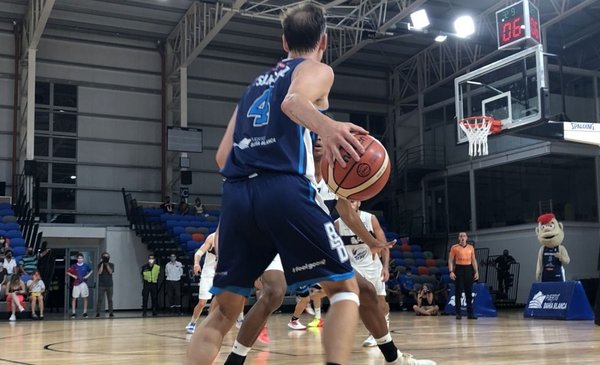 Every sports activity that is in operation today in Argentina, and in the world, is affected by the amount of coronavirus cases on campus. This happens in Argentine basketball and the Club Association does not allow rescheduling of matches, so the team that does not show up loses the points. Because one of the emblems of the Golden Generation returned to play at the age of 44 since the team that has him as leader did not have the necessary players to play a match.

Nine years after his professional retirement, the president of Bahía Basket, Juan Ignacio “Pepe” Sánchez, once again played an official basketball game, at the request of his seven-year-old son Vicente, who had never seen him in action. What was surprising was the level exhibited since he broke it and was key in his team’s victory over Gimnasia y Esgrima La Plata, by 91-87, in overtime, for the Argentine League, second category at the national level.

The personal list of the Olympic champion with the Argentine National Team in Athens 2004 closed with 12 points, 8 rebounds, 8 assists and 2 steals in 29 minutes. He gave moments that made him remember his best years as a basketball player with luxurious assists and impressive triples that showed that his hierarchy remains intact.

The base did not start as a starter, but the coach Laura Cors ended up using him for a long time due to his surprising level and the lack of players, he only had nine when the minimum required is eight. The former Philadelphia 76ers and Detroit Pistons player in the NBA was on vacation on the beaches of Monte Hermoso when he received the call from the responsible for the Bahía Basket basketball area, Juan “Pipa” Gutiérrez, who informed him that the six cases of Covid on campus were joined by the injury of a player.

Due to the number of casualties, they only had juniors to compete in the next match. Then Sánchez said that they register him and request the corresponding permits so that he can play. Once the paperwork was approved, he traveled to Bahía Blanca to finalize this historic return for Argentine basketball on the night of the Dow Center. After the game, Gutierrez posted on Twitter the photo with the 4 shirt that Pepe Sánchez wore, since the president of the club left it in his office with a written piece of paper that said: “This has been all friends“.

Juan Sánchez was the first Argentine to debut in the NBA in 2000, was European champion with Panathinaikos from Greece and played for Barcelona and Real Madrid from Spain. The news of his return was replicated in different European media, which shows that he is a world basketball figure.

since he retired, “Pepe” carries out a comprehensive sports project in Bahía Basket. He built a High Performance complex on the outskirts of the city with a stadium for 4,000 spectators and opted for the promotion of youth. Leandro Bolmaro, current Minnesota Timberwolves player in the NBA, emerged from his club. In sports, Bahía Basket went from more to less and last year ended up descending to the second division, where it is twelfth in the second phase of the Southern Conference, with three wins and three losses.