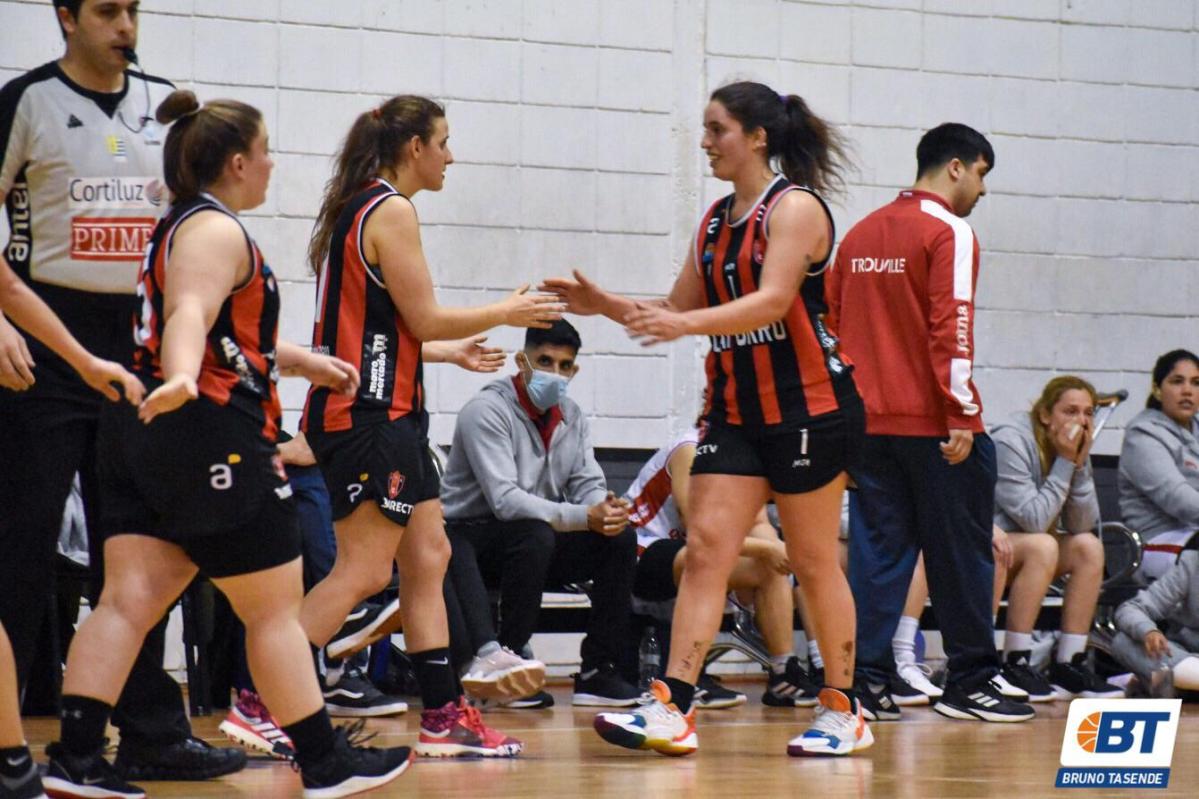 The beginning was even from the first minute, as expected. Trouville attacking the bass with Sofía Cruces, while Capurro sought the outside shot with Micaela Martínez and when they came out to cover at 10, the ball went to the bass with Lorena Sapio. The Argentine April Ramírez was in charge of going out in the game for the wolves, but she was well defended by Cruces, who allowed Micaela Duran runs, to go a little on the scoreboard. But Capurro based on 1 × 1 and 1 × 0 after defensive rebounds and runs brought the game back. On the closing, Ramírez’s bomb of three appeared so that Capurro went from 14 to 13, a result with which the first quarter ended.

The second room was much more closed. The first four minutes the teams could not shoot comfortably at the hoop and the scoreboard had stalled. The defenses outweighed the attacks and there was no one to put the ball in the hoops. But, there was a minute where basketball was put aside and injuries and blows won the game, hitting especially the Pocitos team. A fall by Zuleika Pages that caused a sprained right ankle and just one play later, Sharon Stoletniy was lying on the ground, after injuring herself and had to be removed on the court. After these plays, the meeting returned. The defenses kept canceling the attacks and the match was still closed, the first half left with negative balances. In the “T”, the injury of two players, which shortened the rotation and in Capurro, Micaela Martínez was charged with 3 personal fouls, all in offensive pressure, which annoyed the coach. 20 to 19 winning Trouville closed the second quarter.

The third quarter maintained the defensive intensity in both teams, which continued to hinder the attacks. The sticky mark of Sofía Cruces on Abril Ramírez, did not allow Argentina to play comfortably, at times with a square 1 and at others with a personal brand and good help from the pocitos. The goals came, but in a trickle, mostly thanks to runs and quick attacks in the 1 × 1. The red team was the one who took advantage of this process, canceling the figure of Capurro, with two very good offensives, they closed the third and went up 35 to 31.

For the last quarter Trouville came out wanting to continue the good closing of the third and at times he succeeded. But after covering up Abril Ramírez so much, they forgot to defend down, they forgot Camila Palomeque. The “1” began to dominate the cave and under the basket became intractable, converting and taking fouls to go to the line. But the red ones again began to approach, Cruces again began to take the post and thus the team managed to shorten. In the best moment of the “T”, Micaela Martínez placed a devastating bomb to once again stretch differences that ended up being definitive. Capurro’s team closed in an effective zone and with free practice, they took their first win 48-41.