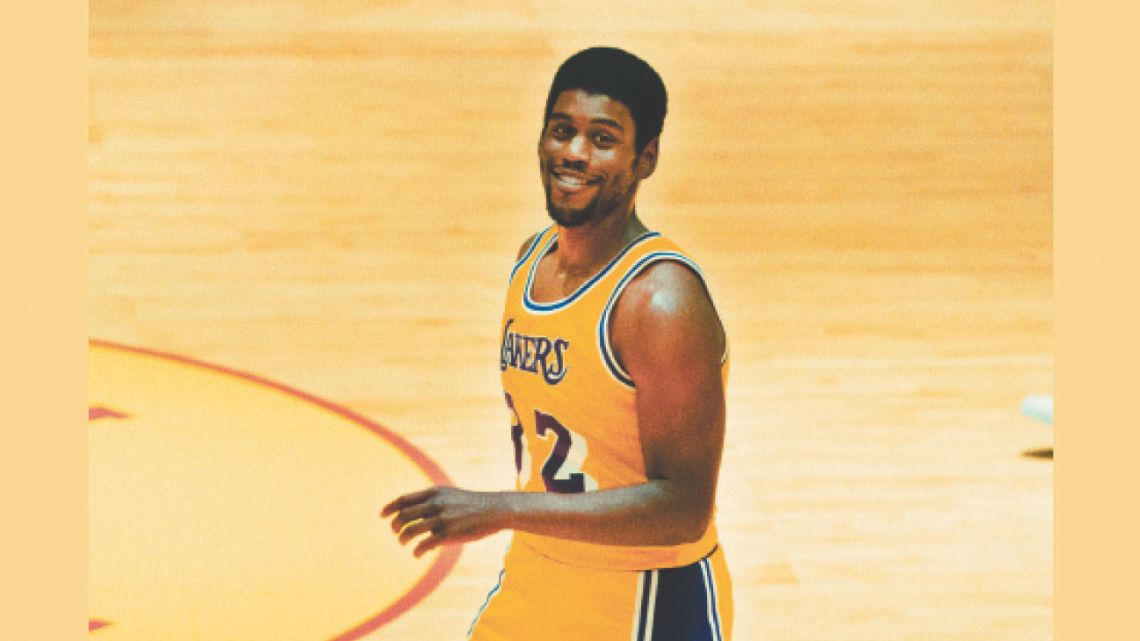 They are a big fan of the Lakers, I have been to many games and I would like to continue going” says Adrien Brody, the Oscar-winning actor for The Pianist, adding “when I was young, and I walked the streets of Los Angeles without a weight it was all very funny in its own way”. He is not alone in that idea that generates, in its actors and those in charge, the series Winning Time: The Rise of the Lakers Dynasty, the recreation of the moment in which the tycoon Jerry Buss takes the reins of the famous basketball team and at the same time live their moment of glory or the emergence of names like Kareem Abdul-Jabbar or Magic Johnson. Basically, the moment that many consider the birth of a form of entertainment from sports. Brody himself, who plays coach Pat Riley, continues: “I’ve always felt that this era that we’re counting, the Lakers winning or playing in the Finals for almost an entire decade, was very impressive. We are talking about the birth of sport as a show, where athletes rub shoulders with Hollywood stars. But there’s also that insane element that sports have when it’s epic. The human behind the celebrity, the icon, is something that I feel impresses me. When one creates a certain height as an idol, it must not be easy to live in there. And that applies whether you are the owner, the coach or the best player, or the second best player in basketball history.

The great Jerry. One of the miracles of the HBO Max series is John C. Reilly, a blessing that is harnessed here like never before. Reilly talks about his role: “My character, Jerry, based on Jerry Buss, made the Lakers a more recognizable brand in Los Angeles than the city government itself. All his years, all his dedication: he was a poor man in Wyoming who went on to have a Ph.D. in physical chemistry, and from there to teach in college, then become a real estate mogul, trading the Chrysler Building for Los Angeles. Lakers. Now that is a life. And a story that can only happen in the United States. That’s one thing that can only happen in America: that idea of ​​being born in the mud and being the king of something. I am also from a very humble family, and now that they see me as a celebrity, I never understood it… I always felt like an impostor. I can understand Jerry, I feel like I was always undervalued. The road behind me is full of people who underestimated me. That happened to Jerry. So it was very easy for me to relate to that character, at least with that quest. I am a product of Chicago, of the humble part of it, and I love being able to tell stories like this.”

The actor Michael Chilkis, famous for the series The Shield, plays the legend of the Boston Celtics team in the series reinforces and takes up that Reilly idea: “Something like this could only have happened in the United States in the 80s. A millionaire, happy, beside himself, eccentric, named Jerry Buss decides to alter the sport forever. He understood that Hollywood was also a cradle for changing the sport and how it is lived forever. He had the balls. He had the millions. And he trusted a sport that nobody saw with the eyes that he saw them. What Buss did in basketball had a crucial influence on modern sports.” It is explained: “This is where the current NBA was born, but also the idea of ​​the biggest show in the world inside an arena, a court, a stadium. The rivalries of that moment became even bigger: that added a crucial ingredient, the Boston versus the Lakers hated each other on the court, they found everything. It was a strange moment in the strangest time. Today everything is calmer, but there marketing was mixed with sex, drugs and rock n’roll. A crossroads of circumstances that can only occur in Los Angeles at that time. And that’s why it’s a series: it’s a saga that is impossible to believe for those who don’t know the story.”

Mckay’s imprint. Adam McKay has become one of the most celebrated directors in Hollywood. He is one of those responsible for this adaptation of the homonymous book on which the series is based. McKay, director of Don’t Look Up, Will Ferrell’s co-pilot in his best comedies and one of the founding fathers of the Succession series, has already created a style for his way of showing reality playing from the cinema. Reilly, a longtime collaborator with the director’s troupe, knows there was no way he was going to say no to the project: “This story fits so naturally into McKay’s universe, so much so that there was no chance he wouldn’t agree to do it. He is the reason I did it. Adam wasn’t looking for this, I know that. He didn’t want to direct an episode like it finally happened. He gets this script and he reads it, and he wants to do it. She can’t with him, with his genius, with his passions. He talks to the camera, which is almost a trademark of Adam.”

It doesn’t end there: “There is a world of masculine energy where women are actually the ones who move things. If you look at Adam’s earlier work, like The Reporter, Ron Burgundy is about an exceptional male universe, outside of the norm. The original script was something that was going to tempt McKay. And the fact that Adam, who we already worked with a lot, was involved made me feel freer to accept the role. It made me lose all doubts about it. I knew I could do it. I loved the character when I read it, but Adam being the captain made me realize what a giant we had. I was offered the role seven days before filming, and the only reason I accepted it was to know what Adam can do. It’s lucky that the world is finding out.”

In closing, Reilly admits, “We get into very private aspects of our characters. As an actor you always think of him as a character… but knowing that this guy has a family, that he can see this, for some reason this time felt different. It’s a strange responsibility. Suddenly I thought things that I didn’t think before: what if someone tells the story of my life? It is always something that impresses me, and that said, they were two public figures.

QUINCY ISAIAH: “The production helped me a lot to understand how impressive playing Magic Johnson was to enter those worlds that the team put together. The hair, the shirts, everything, every corner spoke. It was beautiful in that sense. He was in that far away place. But above all, Magic Johnson is an icon. He is known all over the planet. Suddenly I saw myself talking about these stories, with people who knew him. From people who had a Magic story, a Magic idea. He is someone who was born from sports and became an entrepreneur and sports legend, how huge can you be? He had movie theaters, he had Starbucks… he created an empire by being smart. I knew him like that, so the fact of playing him young, more clumsy, far from that model, was very strange.

SALLY FIELD (Jessi Buss in the series): “There is so much in this series. She talks about the culture in Los Angeles, whether it’s the black culture, the business culture, being a woman at the time. When she read the script, she ended up calling my son and asking him: did you know this happened? I was there, and I didn’t know anything. I love discovering little things from that era, or confirming some that I already knew but were said behind closed doors. There is a lot of truth in the series. I had to navigate that world, and I know it was difficult. He had already fought a lot at that time. It was not easy. The leap from TV to cinema was tremendously uphill. The 80s, later, came a calmer time, to navigate, and that does not mean that he did not have to work three times more than another to get a role (not only because he was better, but because Hollywood is that fierce).

The birth and redemption of the NBA show