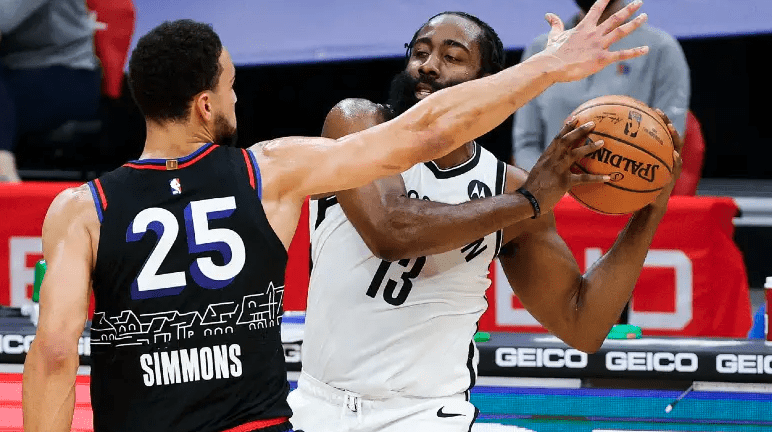 There had been much speculation about the future of james harden with the Brooklyn Nets. And the organization went to great lengths to denounce, or at least deflect, any rumors that they would seek to trade the 10-time All-Star. Nets coach Steve Nash even came out in a postgame news conference outright saying the Nets weren’t going to trade Harden before this year’s trade deadline.

The best Twitter reactions to the change of James Harden, Ben Simmons

But on Thursday afternoon, the NBA world got the answer it was looking for when multiple reports confirmed that Harden had been sent to the Philadelphia 76ers for a trade package centered on three-time All-Star Ben Simmons. The NBA Twitter went crazy:

Has there ever been anyone in history more gifted at forcing through trades than James Harden? His own from Houston to Brooklyn and Brooklyn to Philly, and holding the Rockets at gunpoint to acquire his buddy from him, Russ. https://t.co/ybfpGss6xb

Philly Back! I’m happy for my city

What happen to trading players to bad teams? Oh the inmates are running the system now….. my bad.

We all know Durant can’t win without a Curry

Drummond provides a presence in the paint that the Nets desperately needed after trading center Jarrett Allen last season in the trade that acquired Harden. As to [Seth] Curry is arguably one of the best up-and-coming shooters in the league today; Not surprising considering he’s the younger brother of Golden State Warriors star Stephen Curry, who holds the NBA record for 3-pointers.

Harden believed a trade request would damage his reputation.

According to the NBA expert, Adrian Wojnarowski, the now-former Nets guard wanted to be traded but resisted making a formal trade request due to concerns about public reaction. However, his concerns may be valid, considering this is his second trade request in two seasons.

ESPN Sources: Although Brooklyn Nets guard James Harden wants a trade to the Philadelphia 76ers, he has resisted making that formal request out of fear of the public backlash that would come with asking out of a second franchise in consecutive seasons. https://t.co/My5XljBlI1

Brooklyn, however, was ready to stick with the former MVP for the rest of the season if the 76ers’ offer for Harden was disappointing according to SNY’s Ian Begley.

“People who were in contact with the Nets on Thursday morning felt that the Nets were very comfortable coming in at 3 pm on Thursday and moving forward with James Harden on the roster with the idea of ​​trying to chase a title with a healthy Kevin Durant. , Kyrie Irving, and Harden and them figuring things out in the offseason with the Philadelphia 76ers and Harden. They felt like the Nets really needed Philadelphia to meet their demands from a business perspective for them to do something,” Begley said.

The Nets were comfortable keeping James Harden on their roster if the Sixers didn’t meet their demands in a trade.

Philadelphia ending up meeting those demands.

Full details on the James Harden-Ben Simmons blockbuster from @IanBegleyincluding Harden’s reason for wanting out: pic.twitter.com/hogBNFQW3R

As for Simmons, he requested a trade from the Sixers before the start of this season. Since Philadelphia was eliminated by the Atlanta Hawks in the playoffs last year, he hasn’t played a game for them. Avery Johnson of CBS Sports said he spoke with Simmons’ agent, Rich Paul of Klutch Sports, about a timetable for his return.

“It’s going to take some time,” Paul told Johnson via CBS Sports. “But physically he is there. The change of scenery is going to be outstanding for him. Ben is very excited.”

“It’s going to take some time but physically he’s there. The change of scenery is going to be outstanding for him. Ben is really excited.”@CoachAvery6 has heard DIRECTLY from Ben Simmons’ agent, Rich Paul, on how soon we could see him on the court with the Nets. pic.twitter.com/GEYV2s026p

With the NBA trade window now closed, teams and organizations can wait for the NBA All-Star break before having to make a final push for the postseason. And as for the Nets, it may take a little more effort if they look to regain control of the Eastern Conference and take home the championship with this revamped roster.

READ THE ORIGINAL NEWS AT HEAVY.COM

The best reactions to the Harden and Simmons mega-trade