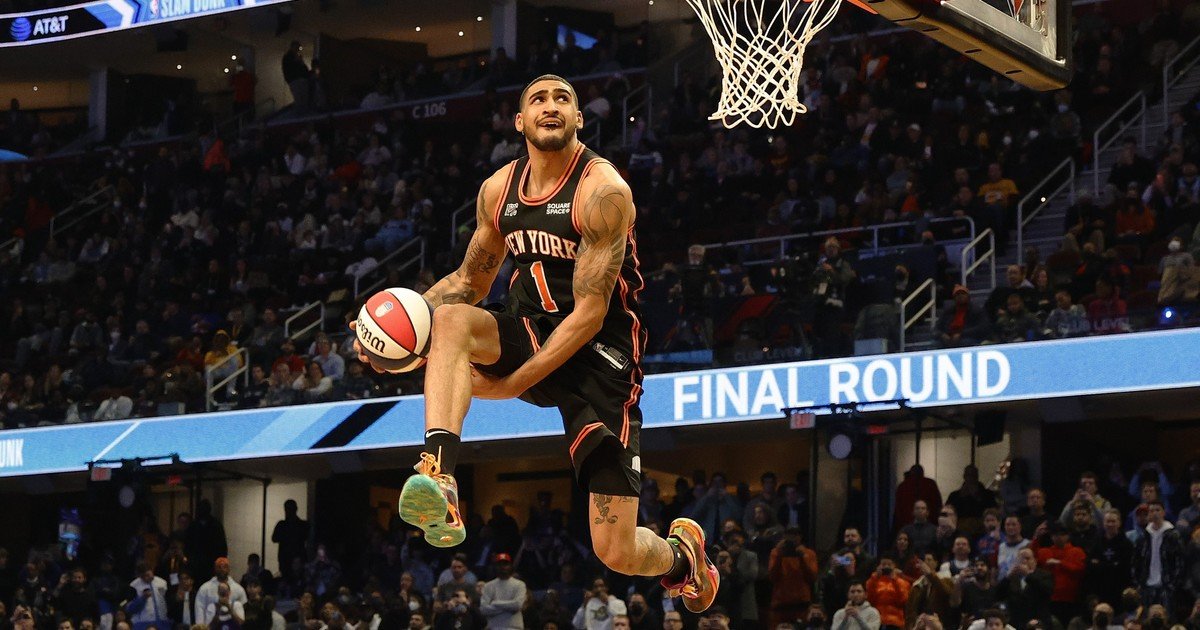 Karl-Anthony Towns (Timberwolves) shone this Saturday night in the All-Star Game contests (All Star Game) of the NBA. Towns, a 2.11 meter tall center, was the surprise winner of the 3-point contest while Obi Toppin (Knicks) was left with a weak dunk tournament.

First player of Latino descent to win the shooter event, Towns He beat Trae Young (Hawks) and Luke Kennard (Clippers) in the final at the Rocket Mortgage FieldHouse in Cleveland (Ohio). No center had reigned among the All-Star three-pointers since Kevin Love, who achieved it in 2012 also in the Minnesota Timberwolves uniform.

In the final, Towns reached 29 points even missing his last three shots. Behind were Young and Kennard, both with 26 points. “I want to be the best shooter of all time among tall men and I needed this trophy to prove it,” said the 26-year-old Towns.

the pivot, Born in New Jersey to an American father and a Dominican mother, he is the star of the Timberwolves. -and partner of Leandro Bolmaro– since he was selected first in the 2015 Draft. At the sportsbooks, Towns was considered one of the least likely participants to prevail in the contest.

In a decaffeinated contest, the power forward Obi Toppin entered his name in the All-Star dunk contest beating Juan Toscano-Anderson in the final. The 28-year-old Warriors backup wing was the first player of Mexican descent to participate in All-Star weekend, and he did so wearing the colors and crest of that country’s flag on the back of his your uniform.

Among his competitors, Toppin earned a ticket to the final with a total of 90 points while youngsters Cole Anthony (Magic) and Jalen Green (Rockets) said goodbye with a disappointing performance.

In the final, Toscano-Anderson started with a meager 39 points on a one-handed sideline dunk and then had to risk unsuccessfully attempting a dunk by passing the ball under his legs and executing on his back.

Toppin then barely had to secure the last dunk, bouncing the ball off the backboard before pounding away, to claim victory in his second successive appearance, following last year’s final loss to Anfernee Simons.

And there was a game of skills…

In the third and final contestthe young stars of the Cleveland Cavaliers Darius Garland, Evan Mobley and Jarrett Allen triumphed in front of their public in the skills contest, the first in which teams compete.

The program of the 71st All-Star, which started on Thursday with the event of the Emerging Stars (‘Rising Stars), will close this Sunday with the main course of the All-Star Game.

The best five plays of Saturday in the All-Star Game