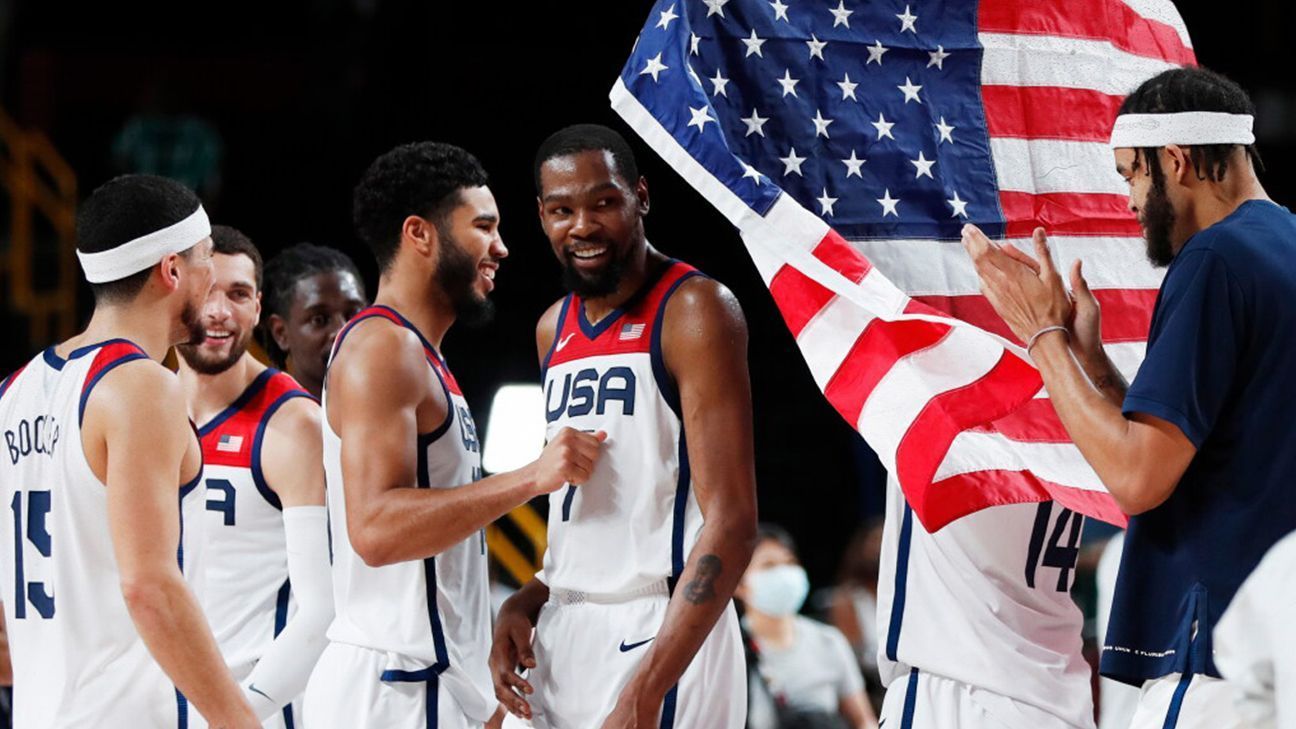 Despite having won their fourth consecutive gold, the path of the Americans was not easy at all, showing that other countries have achieved enormous growth

It’s been a long time since the United States basketball team has been called Dream team and the road to the gold medal in these Olympic Games in Tokyo is proof of that.

It is true that the Team USA achieved the gold medal with his 87-82 victory over France, thanks to 29 points from Kevin Durant and 19 of Jayson tatum, but he did not do it in the domineering and domineering way as he was accustomed to.

Is it a “Dream Team” if they don’t play the Lebron James, James harden, Anthony Davis, Stephen Curry? Without fear of being wrong, the American team is loaded with a lot of talent, but they are not the best.

The problems started from the beginning. The preparation matches were damaged by defeats and Covid-19, despite their fifteen previous gold medals.

It all started with a surprise loss to Nigeria that set off all alarms and followed with the 83-91 setback against Australia. By beating Argentina by 28 points, the atmosphere was no longer so tense, but doubts remained, which reappeared with the defeat against France in Tokyo.

Popopich and his coaching staff were being attacked, of how he was a great leader in the NBA, but in the Olympics it was simply not given to him. Many even said that the San Antonio Spurs manager had no idea what he was doing.

In the end they proved the opposite to all the detractors. The United States got their 16th gold medal (7th since 1992) and they achieved their goal. Be the best in basketball.

However, it is undeniable to point out that the gap between American talent and the rest of the world is closing. France showed that it can play you to you. Australia surprised many. Luka doncic and Slovenia created problems.

More than a team, the United States looked like a group of very talented players. Not that it’s bad, but it’s not ideal.

Closing the era of Jerry colangelo Y Gregg popovich With Team USA, it is necessary that we can see the Dream Team back, if they want to maintain their dominance. The world is hot on their heels.