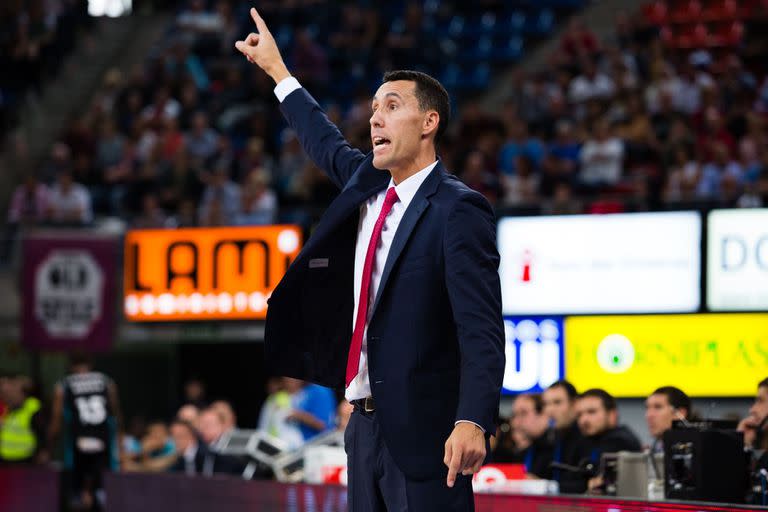 After a difficult week, which included the departure of coach Néstor García and the assumption of Pablo Prigioni, the Argentine basketball team starts this Saturday his way in the americup, which is played in the city of Recife, in the north of Brazil. The team now led by the Cordovan, in his first experience leading a national team as main coach, will face virgin islands in a match corresponding to zone B. It will be held from 1:40 pm at the Geraldao Magalhaes gym and will be broadcast live by the TyC Sports signal.

The Bahian ‘Che’ García, who was released by the Argentine Confederation (CAB), is no longer on the substitute bench and giving the central instructions after last Monday’s 95-77 victory against the Bahamas in Mar del Plata, for the 2023 World Cup qualifiers. In the blink of an eye, when Gonzalo García (current coach of Boca Juniors) had been appointed as DT interim for this contest, Prigioni, one of the emblems of the Golden Generation, was chosen to lead a team that is still looking for its best collective performance.

Beyond an expectant position in qualifying for next year’s World Cup (third in group E, with a 5-3 record, with four games to go), Argentina is in the process of achieving those team characteristics that became the main protagonist of the discipline in the last two decades. Prigioni’s team will try to recover the flow of traffic (the so-called ‘extra pass’) and the suffocating mark on the front line, a sufficient argument to execute a strong defense.

Opposite will be the Virgin Islands, a team that has already been eliminated from the fight to obtain a place in Japan-Philippines-Indonesia 2023. The most renowned players of this athletic team but -sometimes- lacking in tactical discipline are the nationalized Puerto Rican point guard Walter Hodge (former Baskonia of the Spanish League), shooting guard Amir Nesbitt (Hampton University, USA) and forward Romani Hansen (Starwings Basket, Switzerland). The other matches scheduled for Saturday are Puerto Rico-Dominican Republic, for the same group, at 11:10; Uruguay-Canada (group A, 5:40 p.m.) and Brazil-Colombia (group A, 8:10 p.m.).

With respect to those who played in Mar de Plata, the squad has only one change: Máximo Fjellerup, the Spanish Girona forward, recovered from some discomfort that marginalized him in the qualifiers, replaced Juan Francisco Fernández. The group is completed with guards Facundo Campazzo, Nicolás Laprovittola and José Vildoza, interiors Gabriel Deck, Marcos Delía, Juan Pablo Vaulet, Tomás Chapero and Tayavek Gallizzi, and Carlos Delfino, Nicolás Brussino and Leandro Bolmaro on the perimeter.

Patricio Garino (Girona Basket, Spain) and Luca Vildoza (Milwaukee Bucks, USA) from Mar del Plata were sidelined due to injury and lack of authorization from the NBA franchise that have them available, respectively.

“We came to Recife to win this tournament. What we most want is for the tournament to start for us, because we want to play. For a month we worked very well, we broke the c… Also in these two games of the knockout window. Here we all love each other a lot and the work environment is always very good”, said Laprovittola, after the last training session at the local Sport Club stadium.

The Recife Americup, which was postponed a year due to the Covid-19 pandemic, will run until September 11 and will give seven quotas for the 2023 Pan American Games. Argentina is part of Group B along with the Virgin Islands, Puerto Rico and the Dominican Republic. And the expectations go far beyond getting through that stage, improving performance and qualifying. They won this tournament only twice, both playing at home –Neuquén 2001 and Mar del Plata 2011–, and lifting the cup away from home is a pending account. In addition, in the last two editions they fell in the final (against Venezuela in Mexico City 2015 and against a B team from the United States in 2017, in a contest with four venues that ended in Córdoba).