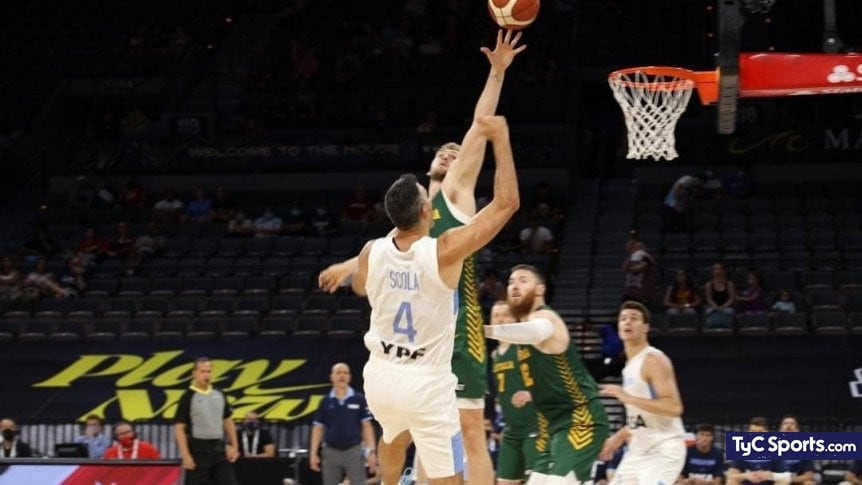 In their first friendly in Las Vegas, the Albiceleste fell 87-84 to their counterpart from Oceania.

The Argentine basketball team lost this morning on the last ball against his pair from Australia, by 87 to 84, in the first test he played in the preseason that he meets in Las Vegas, with a view to the start of the Tokyo Olympics.

The team led by Sergio Hernández from Bahia managed to overcome 10 points of disadvantage in the last quarter, but in the final stretch of the meeting he received a decisive thrust that caused him defeat.

A ranged shot from point guard Patty Mills (San Antonio Spurs), when there were barely 0s left. 9/10 for the closing allowed the Oceania quintet to win, fourth in the last China World Cup 2019.

Captain Luis Scola, who in the Japanese capital will tackle his fifth Olympics. (He was in Athens 2004, Beijing 2008, London 2012 and Rio de Janeiro 2016), once again became the main offensive weapon of the Albiceleste cast and ended up with an income of 25 points (5-9 in doubles, 4-9 in triples, 3-6 in free), in addition to 8 rebounds.

Argentina will dispute your next rehearsal in preseason, which has been rolling out in Las Vegas for almost two weeks, when opposite Nigeria, who on Saturday night starred in a real hit, at the defeat the United States, with its NBA figures, 90-87.