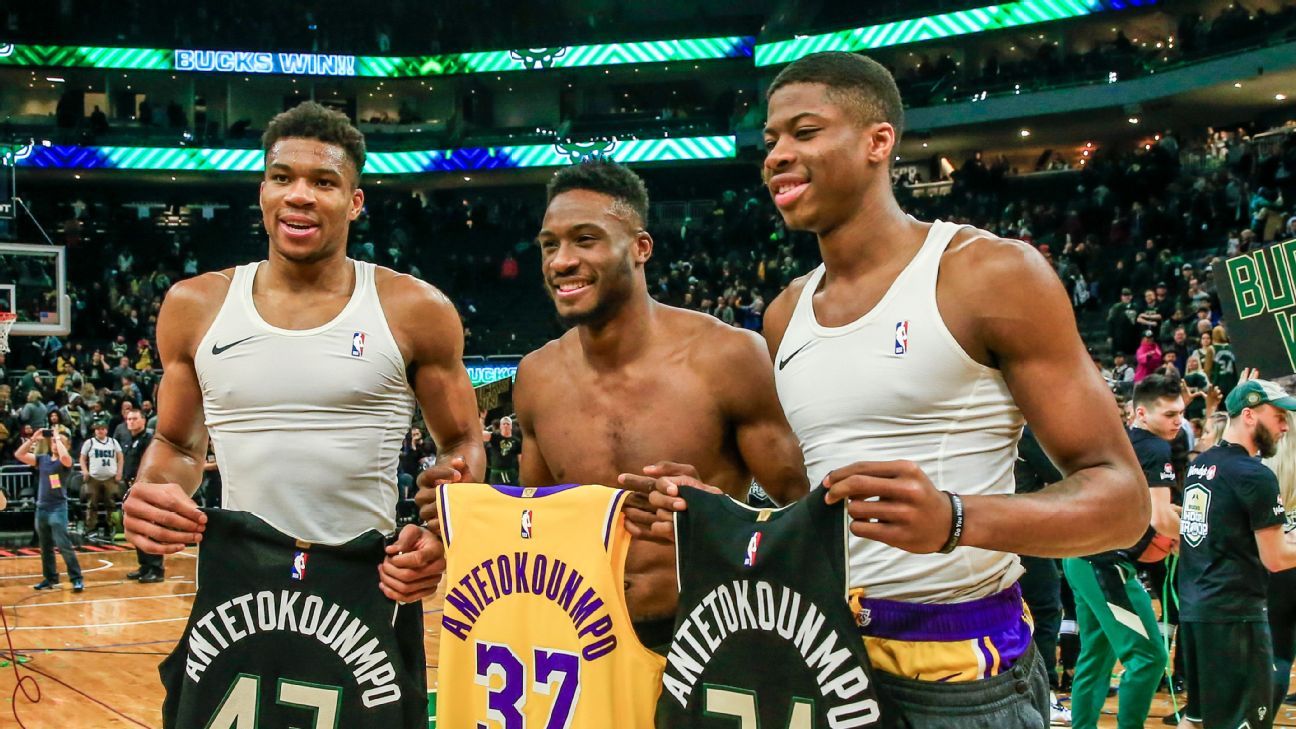 The NBA announced the contestants for the three events taking place at All-Star Saturday Night in Cleveland: The 3-point contest, the dunk contest and a revamped skills challenge that will feature three teams of three players.

The new skills challenge format will see Milwaukee Bucks star Giannis Antetokounmpo team up with his brothers, Alex and Thanasis, to compete together in a four-round contest that tests shooting, passing and dribbling.

The Antetokounmpo brothers will face three players from the Cleveland Cavaliers, All-Star guard Darius Garland along with centers Jarrett Allen and Evan Mobley and three rookies, Scottie Barnes of the Toronto Raptors, Cade Cunningham of the Detroit Pistons and Josh Giddey of the Oklahoma City Thunder.

The NBA will crown a winner for the first time in both the dunk contest and the 3-point contest.

Although this year’s 3-Point Contest champion will win the competition for the first time, some players will arrive with some experience.

Chicago’s Zach LaVine will make his third consecutive appearance to win the contest, aiming once again to become the first player in NBA history to win both the 3-point contest and the dunk contest in his career (LaVine won two consecutive Slam Dunk contests in 2015 and ’16). Atlanta’s Trae Young will make his second career appearance.

The Antetokounmpos will team up in the skills challenge