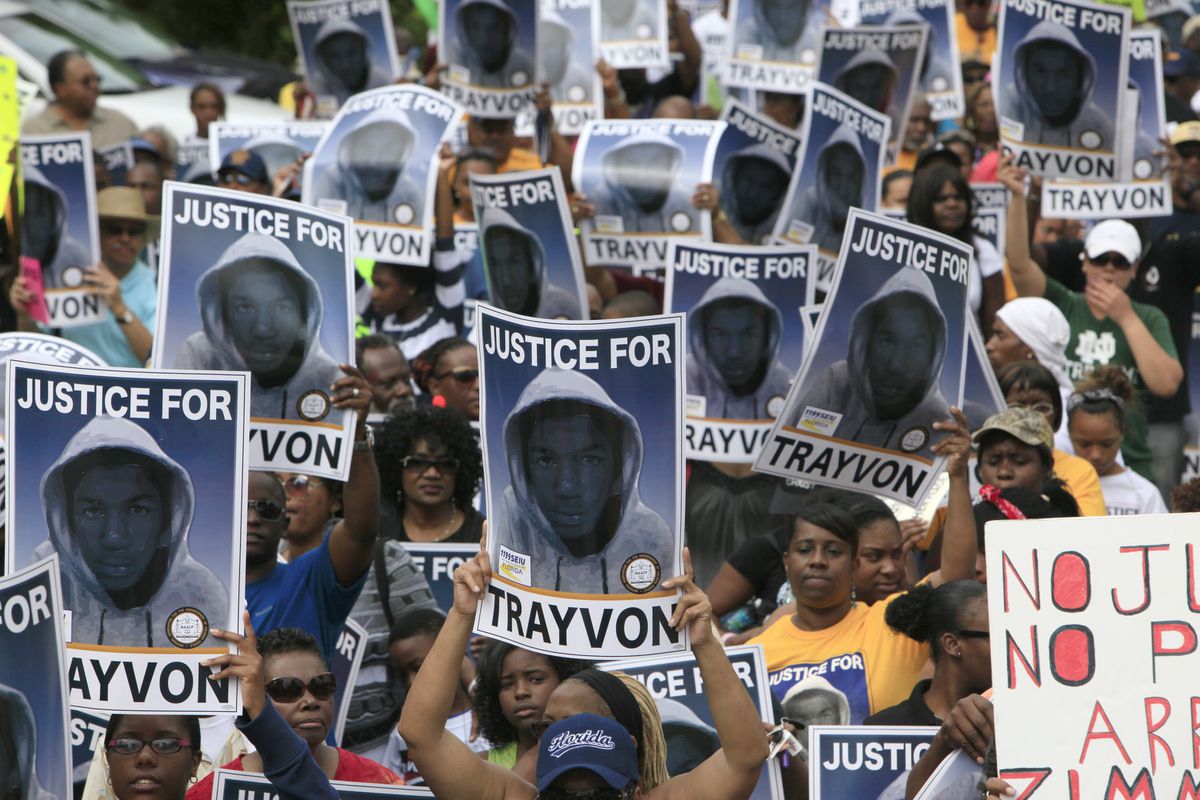 On February 12, 2012, 17-year-old Trayvon Martin was hurrying through the rain in a suburb of Orlando, Florida. He covered his head with the hood of a sweatshirt and carried a bag of candy and a can of iced tea. To George Zimmerman, a 28-year-old neighborhood watchman, seemed suspicious. He called 911 to alert about the presence of the young man, whom he began to chase, despite the fact that the emergency team told him not to. There was an altercation between the two men. The young man, who was unarmed, died from a bullet in his chest. He was black. The Hispanic security guard was acquitted of all charges.

Martin’s death lit the fuse for the Black Lives Matter movement (translated from English as “Black lives matter”), a fundamental voice against police brutality towards the black population in the United States. A decade after the event, activists continue to multiply as other hooded youths are shot to death for looking suspicious, such as Eric Garner, Tamir Rice or Freddie Gray.

Barack Obama was president when the black community took to the streets to demand justice. “One of the most important things that came out of this tragedy [la muerte de Martin] it was the activation of a whole new generation of civil rights leaders,” Obama told The New York Times. Two days after Martin’s death, Obama said on the White House lawn: “If I had a son, he would look like Trayvon.” When the seeds of the racial movement were sprouting in the massive protests after Zimmerman’s acquittalthe president wrote that he was aware that the case had “raised passions, but a jury has spoken.”

Since the death of George Floyd in May 2020 there have been trials of murders of unarmed blacks with harsh sentences, but civil rights activists say the problem is systemic and the justice system is racist. 10 years ago, Trayvon Martin’s killer walked free because the jury believed him when he said he had acted in self-defense. Last week, Kim Potter, a former Minnesota police officer who fatally shot Daunte Wright, an unarmed 20-year-old black man, received two years in prison. The judge believed him when he claimed that he had taken the firearm from him by mistake, when in fact he wanted to use his taser. The mother of the deceased young man said that Potter had murdered her son and that the justice system had killed him again.

Ben Crump, one of America’s foremost civil rights attorneys, represented Martin’s family as well as Floyd’s. “I think when you look at the conviction of George Floyd’s killer, the conviction of Daunte Wright’s killer in Minnesota, the Ahmaud Arbery mob lynching, it all goes back to Trayvon Martin and it raises the level of awareness that black lives matter.” , reflected this week in an interview with Orlando Sentinel. “I think without Trayvon, we wouldn’t see any of the progress that we’ve made.”

Join EL PAÍS to follow all the news and read without limits.

Ten years after the death of Trayvon Martin, the young man who lit the fuse of Black Lives Matter