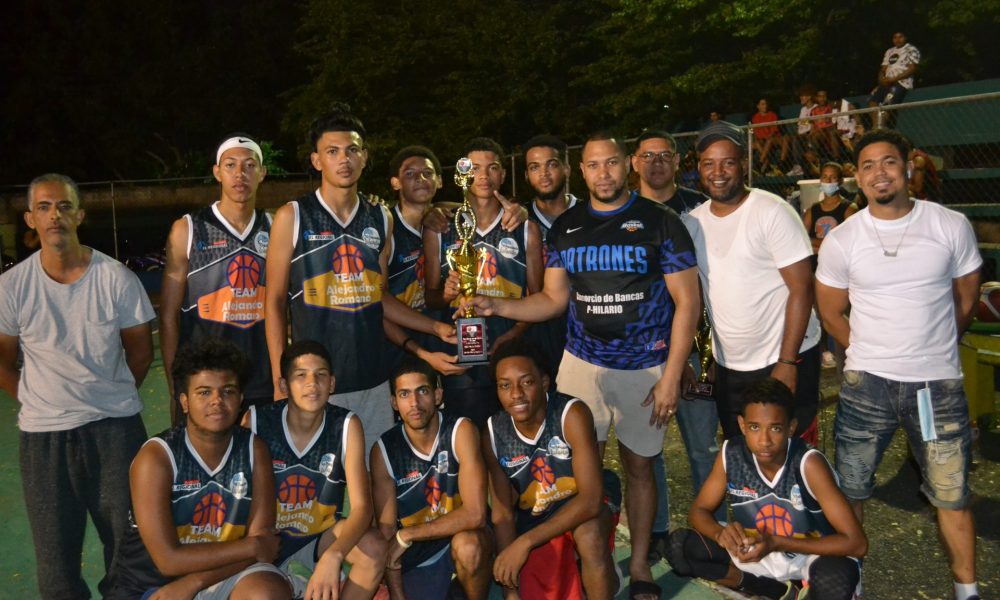 SAN FRANCISCO DE MACORÍS.- The Alejandro Romano quintet was crowned champion of the basketball tournament u 18 of the San Vicente club after beating the Nelson Fernández team 53-47 in the last game of the final series of the successful sports fair where the great Periódico el Regional cup was played.

The black team led by the outstanding coach Gustavo Rodríguez relied on the effective work of the stars Junior Muñoz and Brayan Ruiz who were in charge of hammering the opposing defense with effective baskets from different angles of the field.

The first half was dominated 30-23 by the Alejandro Romano team, an advantage that they did not lose in the remaining two periods.

The best scorers for the winners were Junior Muñoz with 18 points and 6 rebounds, Brayan Ruiz contributed 10 and Andrew Quezada with 5 and 6 rebounds.

For the defeated, the most outstanding were Luis Nelson Ureña with 20 points, Imanol Toribio scored 14 and Sterlin Pérez with 6.

Prior to the meeting, engineer Johnny Rosario from the Presidency Commission for Provincial Development Support performed the kick-off.

Likewise, the technical commission of the championship awarded Junior Muñoz the most valuable player trophy of the tight final series of the event for children under 18 years of age.

The event had the support of the Gabin superstore, the Bonilla Replacement Center, the New York City-based sportsman Andy Acevedo, the Bote restaurant, the Initial Loan, the Wanda fish market, and the newspaper El Regional.