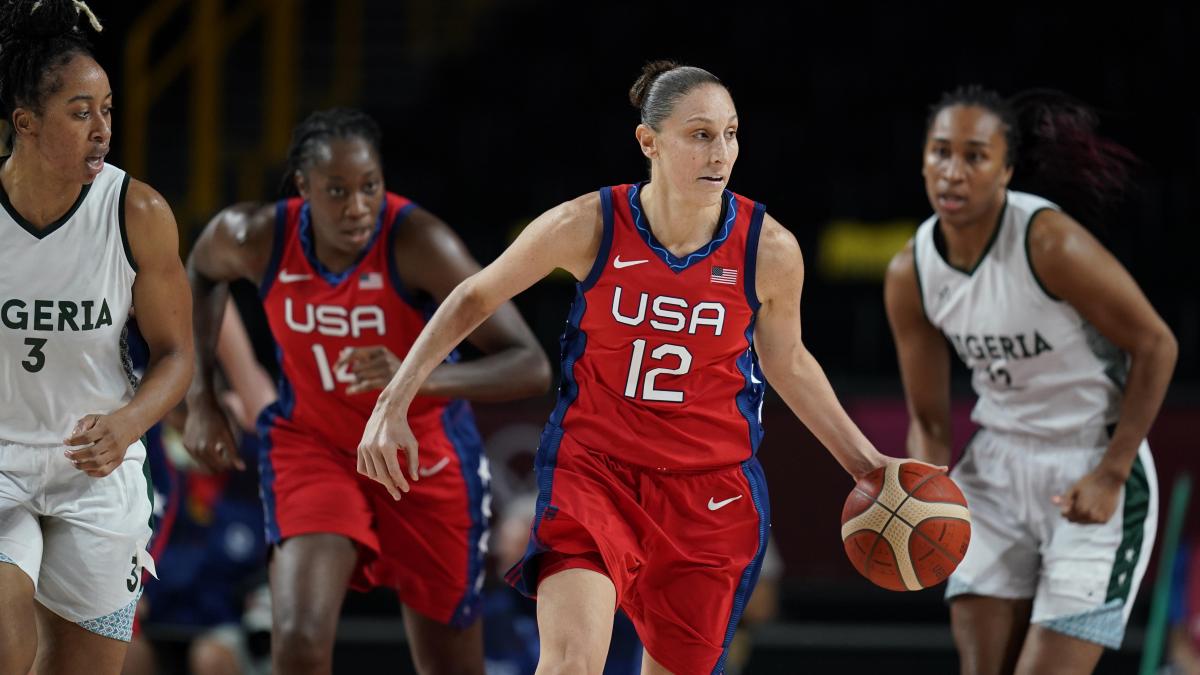 The American escort Diana Taurasi, who disputes his fifth Olympic Games in Tokyo 2020, said to EFE’s question after his debut against Nigeria (72-81) that “it would be nice” to coincide again in the Olympic final against Spain, as it already happened in Rio 2016.

“It would be nice, I didn’t see how the groups are doing, I know that Spain won a very difficult game. We know very well how the Spanish play, the energy they use. If it touches, it touches,” he replied. Taurasi When asked by EFE as to whether she sees a possible reissue of the Rio 2016 final, in which the North Americans won 101-72.

The guard of the American team, who contributed 10 points with two triples from five attempts in the premiere of the Stars and Stripes team at the Saitama Super Arena, was happy to play their fifth Games.

“It is a very great pride to be here for the fifth Olympiad, when I started the first I did not think that four more were going to happen, it is a very great responsibility, we want to come here to play with passion, with energy,” said Taurasi in Spanish, a A language that he speaks fluently, since his mother is Argentine and his father grew up in this South American country.

Taurasi, 39, praised the examples of other veteran players who at the age of 41 are competing in these Games, such as the Spanish guard Laia Palau or the Argentine pivot Luis Scola. “When you see Laia, to Scola, who put everything in for their country and are here competing, it gives you a lot of energy to keep playing and it’s very nice, “he said.

Asked about the defeat of the men’s team in their debut on Sunday against France (83-76), the player of the Phoenix mercury of the American WNBA considered that it is a sign that the distance between American basketball and that of the rest of the world is closing.

“None of these games is easy, the world is improving, in men and women. We go to Europe, they come to the WNBA… There is a great energy in the world, it is shown with NigeriaThe other day with France, you have to play better and to win, because these teams come to win, “he reflected.

The American foreigner explained that the team was “eager” to debut. “We have been in Tokyo for a week, I think everyone wants to compete. Nigeria is a great team, they have a great future, we knew it was not going to be an easy game,” he said.