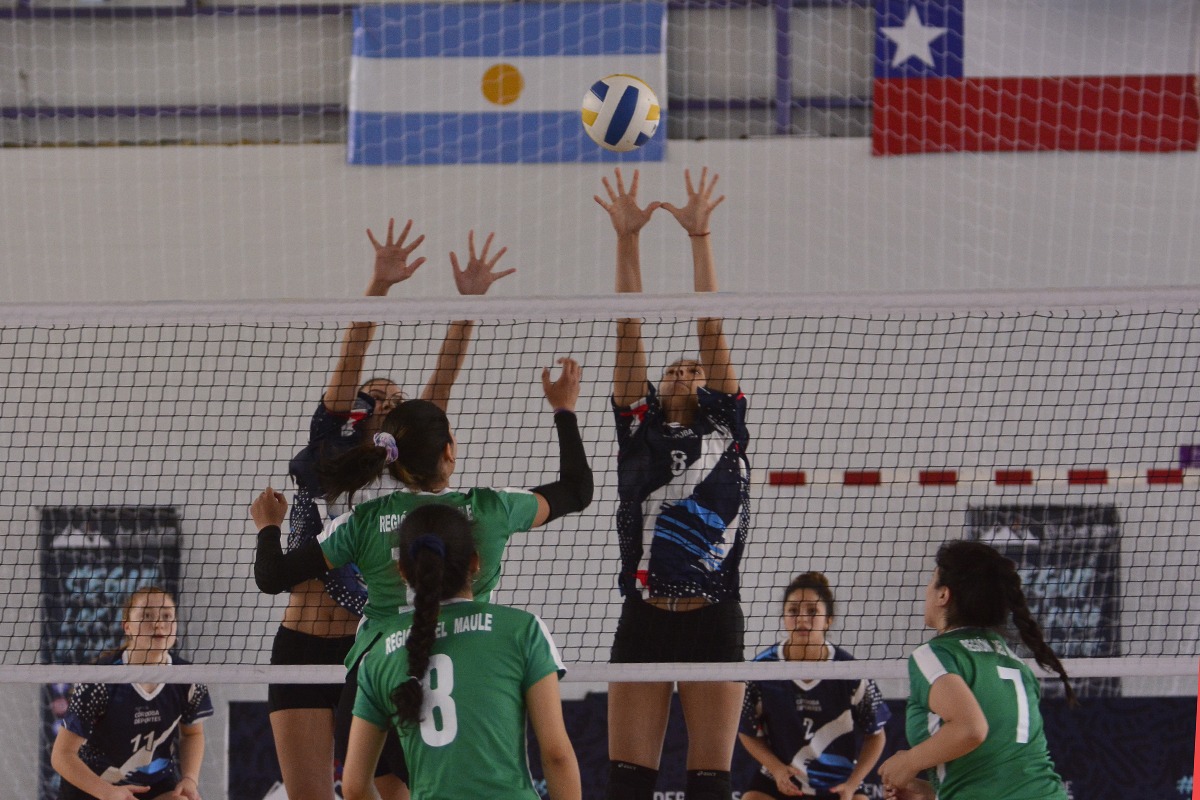 Taekwondo had its second day at the charming La Punta Convention Center, with the second and third rounds per category. Some of the results that were recorded from San Luis athletes are: Marianela Cacace -49 kg- beat Catalina Sepúlveda de O’Higgins 6 to 4; Walter Salgueiro -63 kg- lost with José Duran 2 to 1 in gold point after drawing 33 to 33; Lucas Miranda in -55 kg- beat Lisandro Bresan de Córdoba by abandonment, and finally Eva Luzza defeated the representative of Mendoza 25 to 4.

Once again the beautiful and renovated Ave Fénix witnessed the two matches of group B of women’s volleyball. In the first turn, San Juan defeated Valparaíso in a tighter match than the result shows with a resounding 3 to 1. The partials for the Argentine team were 25-23 / 23-25 ​​/ 25-16 / 25-11.

In the second turn, the girls of San Luis returned to give a huge victory to the fans that populated one of the stands.

Tomorrow will be a key day with the crosses between compatriots to define who goes to the semifinals.

Mendoza and Maule have 3 points, while Córdoba and Metropolitana have 2.

Two games were played in the morning at the Arturo Rodríguez Jurado Campus of the ULP, by group “B”. Córdoba and Mendoza killed each other on goals in a very attractive match that ended with a 41-29 victory for the Andes.

The second match was between Chilean representatives and was a victory for Metropolitana by 27-21.

Men’s Basketball for group B

At the Emilio Perazzo, men’s basketball a surprise opened the morning with Valparaíso’s victory against Metropolitana by 65-63, and Córdoba beat San Juan 79-54. The rest of the games will be played in the afternoon.

The afternoon will bring new medal hopes for all competitors in Swimming and Cycling, and many more group sports.