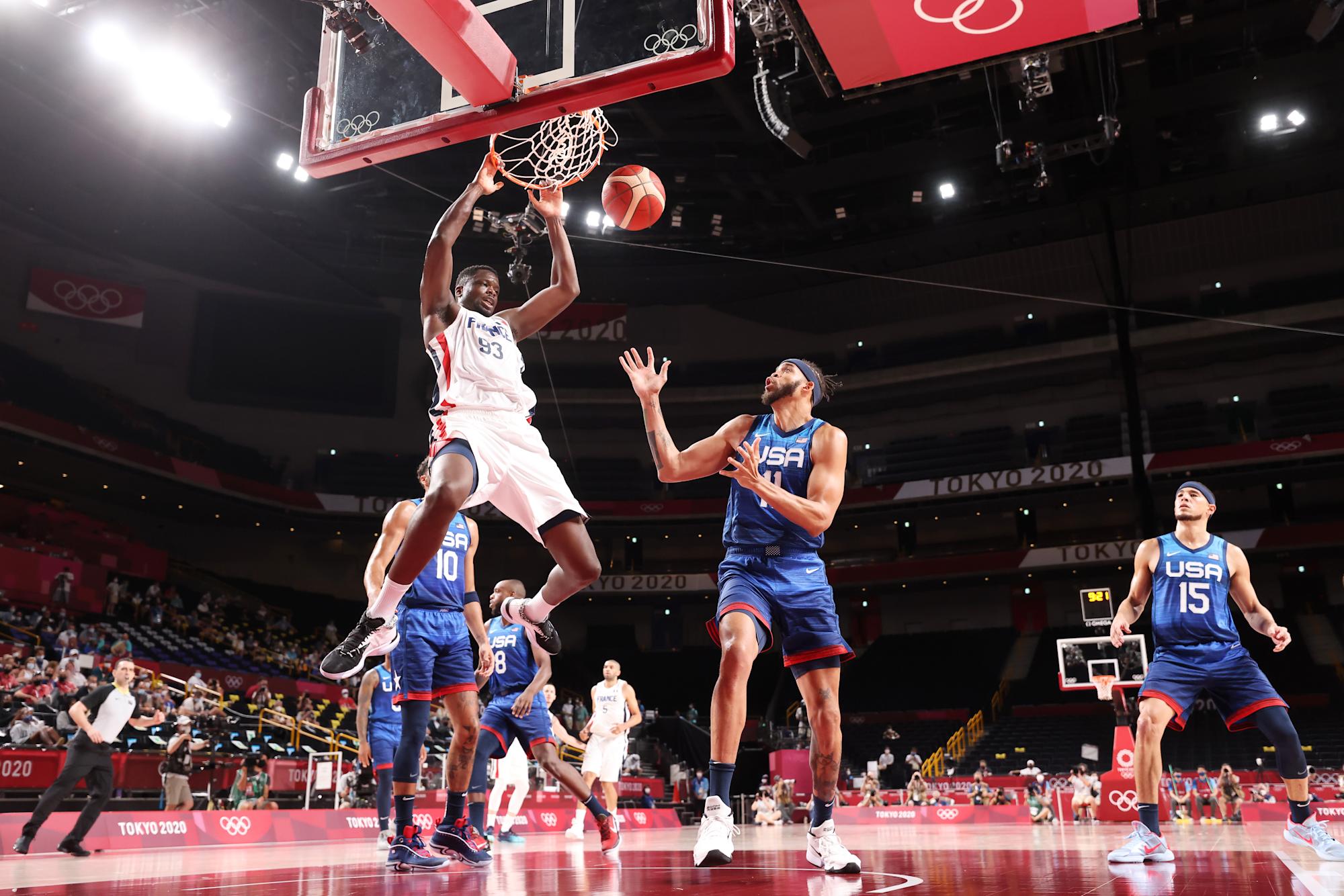 The six points of advantage that France took at the close of the third quarter foreshadowed what until recently seemed impossible. To find a defeat for United States basketball at the Olympic Games, you have to go back 17 years. Nothing like this had been seen since August 27, 2004, when the Golden Generation it sparked one of the loudest results in Olympic basketball history. And now it was France that brought down the giant again (they beat him 83-76) at the start of Group A of the basketball tournament in Tokyo 2020.

A triple by Fournier 59 seconds from the end put France in front 76-74. Kevin Durant and Draymond Green missed their shots on the next attack. With the fear of losing, it was all despair. They cut a foul on Nando De Colo, who scored two free games and stretched the lead to four points (78-74). An unsportsmanlike foul by Kevin Durant, who had to leave the field 17 seconds from the end, declared the victory of the Europeans.

That 62-56 at the end of the third quarter, when the United States had dominated the rest of the game, revived the ghosts of Athens 2004. It is that since the NBA began to represent the United States in Barcelona 1992, they swept undefeatedly with all the gold medals in the Olympics. They won six titles out of seven tournaments. They only lost to Ginobili, Scola and company in Greece, where they had to settle for the bronze medal.

The reasons for the fall

The United States had some problems in its preparation. For starters, the NBA season was extended beyond normal by the coronavirus pandemic, so most of his players were active until very close to the start of the Las Vegas camps, where Gregg Popovich had the first opportunity to rally his players.

The friendlies had to be played without three of his figures, who reached the final in search of the ring: Devin Booker, from Phoenix, and Khris Middleton and Jrue Holiday, from the champion, Milwaukee. In addition, Zach Lavine, being close contact with an infected person, had to delay his trip to Japan. Already in the friendlies he suffered two unthinkable defeats against Australia and Nigeria, but then recovered with triumphs over Argentina and Spain.

In other words, in training in Tokyo, the team only had eight players. He didn’t even have to put together a five-on-five matchups. The last players arrived in the Japanese capital just 12 hours before the start of the match with France.

And if you look at the roster of NBA figures, there is no doubt that he is a candidate to win the gold medal. But the lack of filming and cohesion that it takes to adapt to FIBA ​​basketball, makes it a team with cracks against powers like France.

A solid start, a development with doubts

With a very intense defense and Damian Lillard’s hits from 6.75 meters at the start, the United States felt like it was in the game. Also, Bam Adebayo dominated Rudy Gobert under the board and scored with ease. Thus the North American team took a light advantage at the start of the third quarter (47-37).

But then Kevin Durant committed his fourth offense. Popovich’s team felt the blow emotionally. France began to entangle him in defense. Evan fournier had a very inspired night28 points) and no longer let his rival run, who did not find easy shots again. Nando De Colo (13 points) and Rudy gobert (13), escorted him in the great French victory.

On the US side only Jrue Holiday stood out (18 points). Kevin Durant (10), suffered from fouls and could do little.