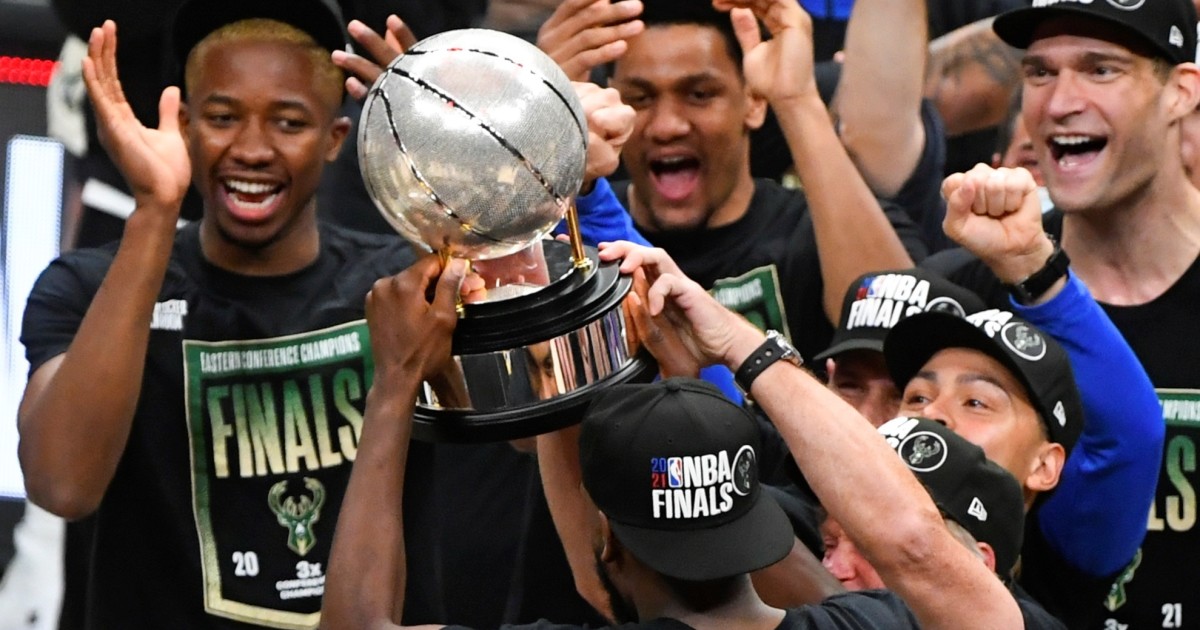 The future of the NBA is cited since Tuesday in Phoenix (USA) with the Finals between Phoenix Suns and Milwaukee Bucks, which with very young stars such as Devin Booker and Giannis Antetokounmpo point to a renewal and who knows if a change of cycle on top of world basketball.

Not LeBron James to defend his title with the Lakers, not Kevin Durant with the almighty Nets, not Kawhi Leonard with the heroic Clippers …

None of these figures with an important track record behind them has been able to reach the Finals after a strange and tough season marked by the pandemic, countless injuries and exhausting trips.

Instead, Booker, 24, and Antetokounmpo, 26, both bordering on Generation Z, have led the Suns and Bucks to a surprising and wide-open Finals that begin at the Phoenix Suns Arena this Tuesday at 6 p.m. (1 GMT Wednesday).

THE DOUBT OF ANTETOKOUMPO IN THE BUCKS

The Bucks, who in 1971 won their only NBA ring with Kareem Abdul-Jabbar at the helm, appear in these Finals with Antetokoumpo as a big question mark for his knee problems.

Milwaukee coach Mike Budenholzer said Monday that the Greek genius has made progress in his recovery, but did not clear up doubts about whether he will be able to play in the first game of the Finals.

Antetokoumpo missed the last two games of the Eastern Conference final against Trae Young’s Atlanta Hawks, but that didn’t stop his teammates from closing the series in their favor 4-2.

Khris Middleton, Jrue Holiday and Brook Lopez are other fundamental references of a team that in the Eastern semifinals survived a sharp series that was decided in the seventh game against the Brooklyn Nets of Kevin Durant, James Harden and Kyrie Irving.

After their impressive passage through the Western Conference playoffs, where they defeated the Lakers, Nuggets and Clippers, the Suns land in these Finals as unexpected favorites.

The injuries of LeBron James and Anthony Davis with the Lakers and Kawhi Leonard with the Clippers somewhat paved their way, but no one can question the enormous merit of the Phoenix in these playoffs.

“We had big goals and aspirations for this group from day one,” Booker said on the eve of the first game of the Finals.

“We compete against everyone and we are in constant pursuit to improve every day,” he added.

The Suns have never been proclaimed NBA champions, they played their last Finals (and lost them) in 1993, and in the 2018-2019 season they were the worst team in the West with 19 wins and 63 losses.

Along with the explosive talent of Booker, the successful and lightning-fast rebuilding of the Suns, in just two years, is largely due to a couple of names: veteran point guard Chris Paul, who at 36 will play his first Finals in his entire career. ; and coach Monty Williams, who has built a very solid and tremendously attractive team in attack.