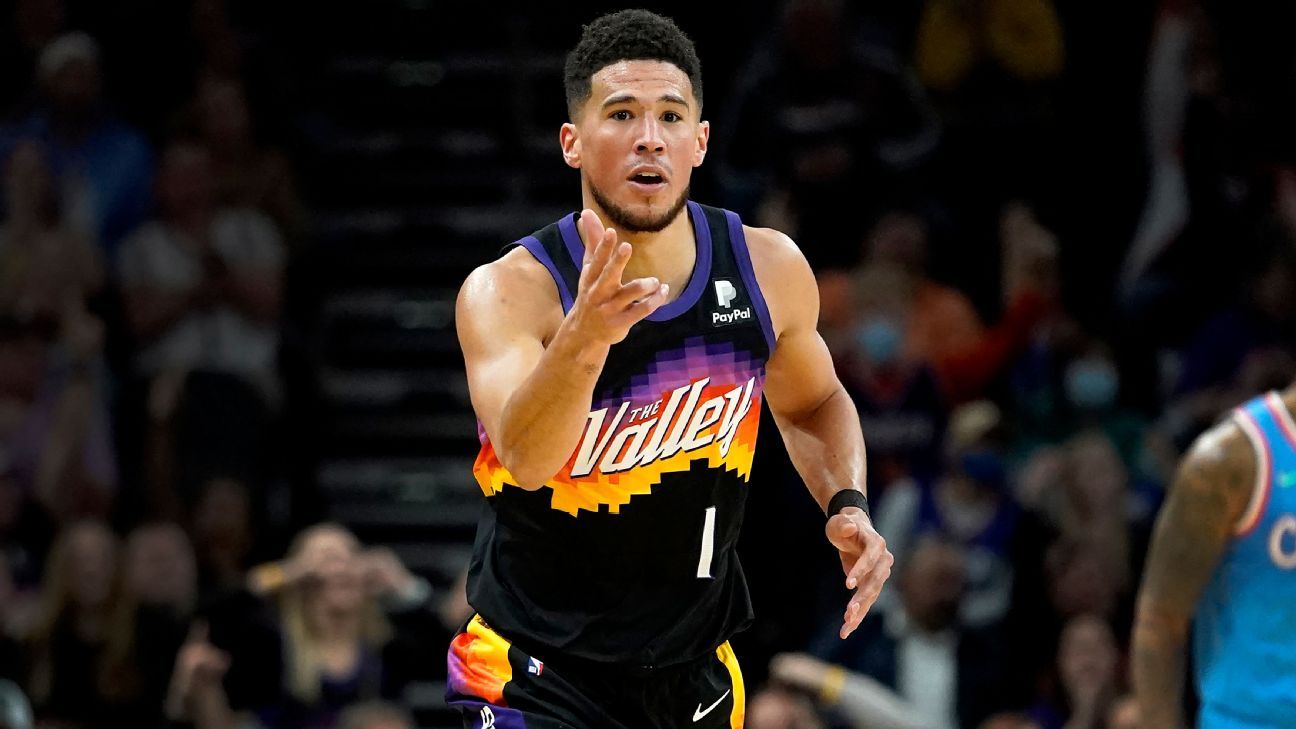 CHICAGO — The The Phoenix Suns defeated the Los Angeles Clippers on Tuesday (103-96) and shielded their first place in the West with a 47-10 that represents the best start to the season in their history in the NBA, on a day in which the Greek Giannis Antetokounmpo of the Milwaukee Bucks sank the Indiana Pacers with 50 points and Slovenian Luka Doncic led the Dallas Mavericks to victory in Miami.

Phoenix defeated the Los Angeles Clippers 103-96 and maintains the best record in the League (46-10). Booker, scorer with 26 points and C.Paul complete with 17 and 14 assists.

After reaching a step from glory last year, when they surrendered in the finals against the Bucks, the Suns want to nurture a new dream and, buoyed by Devin Booker’s 26 points and Chris Paul’s 17 points with 14 assists.they chained their sixth consecutive victory.

The Monty-Williams team he won 47 of 57 games and has never shown better numbers in his history.

The Clippers lost for the twenty-third time in 41 games in which they were without their two stars, Kawhi Leonard and Paul George. With both on the court, they show a balance of 72-32.

The Mavericks consolidated their great moment by winning on a very complicated court: 107-99, led by Luka Doncic (21 points, 10 rebounds and 6 assists). In Miami he fell short of Butler’s double-double (29 points and 10 rebounds).

The Mavs, with a double-double from Slovenian Luka Doncic, ended the five-game winning streak of the Miami Heat, leader of the East now tied with the Chicago Bulls, on a day in which Jason Kidd’s Texan team scored up to 18 triples in 41 attempts.

Doncic (21 points and 10 rebounds) had the merit of knowing how to give up the individual game, limited by the Heat’s intense defense, and moved the ball altruistically, which allowed the Mavs to finish with five players capable of scoring more than ten points : Jalen Brunson (19 points), Maxi Kleber (19), Dorian Finney Smith (14) and Davis Bertans (12), plus Luka.

The Greek closed his roster with 50 points and 14 rebounds in the 128-119 win against the Pacers. In Indiana, Buddy Hield broke it in his second franchise game with 36 points and 4 assists.

After being out due to ankle discomfort in last Monday’s game lost against the Portland Trail Blazers, Antetokounmpo returned brutally to the Fiserv Forum in Milwaukee, with 50 points and 17 of 21 shots (2 of 3 on triples) .

The Greek pitched to the Wisconsin team, in which the Spanish Serge Ibaka scored nine points, with 3 of 3 shots, and grabbed five rebounds, in his second game with the new team after leaving the Los Angeles Clippers.

Philadelphia never entered the game and Boston did not spare: 29 points and 8 rebounds for Jaylen Brown and 28 points and 12 rebounds for Jayson Tatum. In addition, they set a new record for triples for the Celtic franchise, with 25.

Absolute exhibition of the Boston Celtics, sixth in the east, who They chained their ninth consecutive victory by overwhelming the 76ersstill without James Harden, with 25 triples, a record for Ime Udoka’s team.

Jaylen Brown, with 29 points, Jayson Tatum (28), Aaron Nesmith (18), Grant Williams (12) and Derrick White (11) were the best scorers for Bostonon a night in which the only negative news was the ankle injury suffered by Marcus Smart.

In the 76ers, fifth in the East (34-23), Joel Embiid scored 19 points, but with a 3 of 9 shooting. Everyone in Philly is looking forward to Harden’s debut, which will most likely take place on February 25, after the All-Star break.

The crack added 41 points (plus 9 assists) for Atlanta’s victory over Cleveland by 124-116. In the winner, Gallinari accompanied with 25 points. Garland, 30 for the Cavs.

Trae Young, with 41 points (13 of 22 shooting and 4 of 7 triples), and the Italian Danilo Gallinari, with 25 points, led the Hawks to an important victory in their fight for a place in the Play-In.

Atlanta, tenth in the East (27-30), inflicted the second consecutive loss on a Cavaliers who stayed fourth (35-23), surpassed by the Milwaukee Bucks, with one more game.

Without their greatest exponent Ja Morant, those from Memphis beat the Pelicans 121-109 and chained their sixth consecutive victory. Tyus Jones was the top scorer for the winning team with 27 points. CJ McCollum scored 30 points for the loser.

The Grizzlies chained his fifth consecutive victory, at the expense of the Pelicans, and assaulted the third position in the West (41-18). Only the Golden State Warriors (42-16) and Phoenix Suns (47-10) have done better.

Tyus Jones led the Grizzlies with 27 points, while Spaniard Willy Hernangomez scored twelve for the Pelicans, shooting 5-for-5 and grabbing 5 rebounds.

Minnesota defeated Charlotte 126-120 in overtime. Towns broke it in the winner with 39 points and 15 rebounds well accompanied by Russell with 18 plus 11 assists.

A double double of Karl Anthony Towns, with 39 points and 15 rebounds, pushed the victory, after an extension, of the Timberwolves against a Hornets who only won one of their last nine games.

All this, despite a Mason Plumlee who bordered on the triple double, with his 14 points, 17 rebounds and 9 assists.