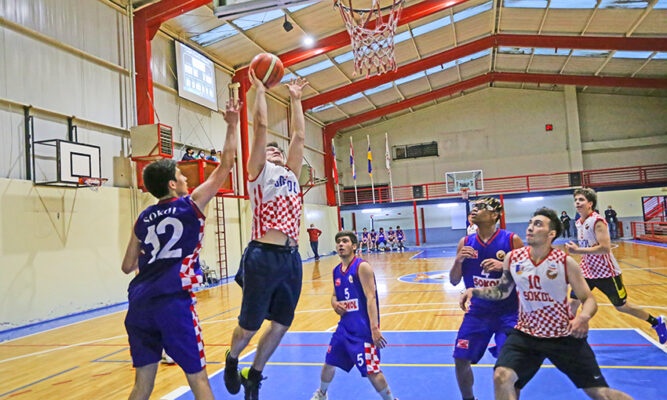 he pause forced by the return of Punta Arenas to Phase 2 of the Step-by-Step Plan last Wednesday, invites us to analyze the outlook for the summer basketball tournament organized by Sokol.

The competition began on January 10 and was being played normally during the week and also on Saturdays. There were even games on Sunday 23 to update the championship due to a delay suffered at the start.

Everything was going smoothly, until last Wednesday the curtain had to be lowered until further notice. Just that day the last two matches of the men’s qualifying phase were played, both from group “A” (Transportes JQ – Inal and Air Express Cargo – Team Croatia “A”), but they were suspended.

These commitments will be decisive for the outcome of zone “A”, unlike what happens in group “B”, where the teams that made it to the quarterfinals are already defined: Transportes Bishop, Pistoleros, Team JC and Banc Porvenir .

Let’s see how the positions are in the absence of the two aforementioned matches for the closing of the group stage:

Let us remember that the men play a wheel all against all in the respective zones, classifying the first four of each one to the “fourths” and then forming direct elimination brackets until the finalists are determined. There will also be a definition for third place.

Only four teams participate in the women’s competition and the qualifying stage on two wheels all against all has already ended.

According to the bases, the first two must play the final, a privilege that Español and Magazzine Express will have. This is how the positions ended:

It should be remembered that the Sokol basketball tournament returned to the local calendar after two years. The last edition was in the summer of 2020, shortly before the outbreak of Covid-19 that forced the suspension of all activity in mid-March of that year. A break that would last until late in the second half of 2021.

Now the leaders of the Sokol basketball branch, chaired by Andrés Bradasic, await the return to Phase 3 of the Step-by-Step Plan to resume the competition and consecrate the new summer basketball champions.

Summer basketball: what is at stake