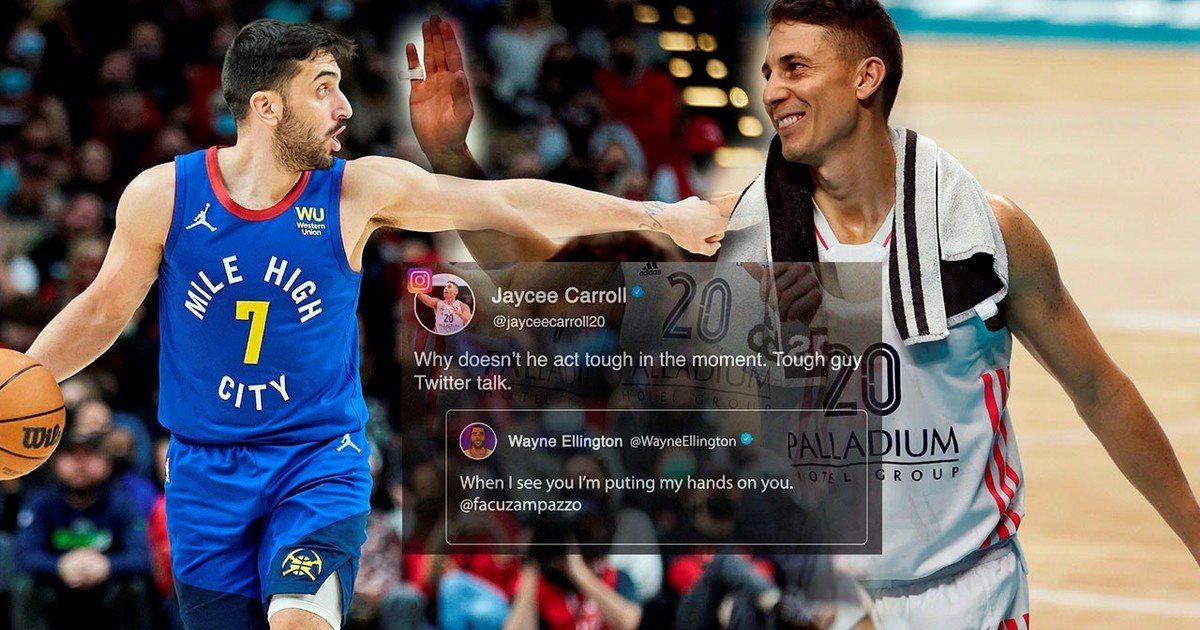 Beyond the conspicuous lack of Facundo Campazzo a Wayne Ellington and of his first expulsion on the NBAthe name of the Argentine point guard Denver Nuggets went around the world because of the subsequent reaction of the Lakers shooting guard who, far from settling the matter on the court, He turned to his post-match social networks and threatened Facu with a strong message.

“When I see you I’m going to put my hands on you”, Ellington wrote on his Twitter account, mentioning the Cordovan. The posting had thousands of comments and quoted tweets, most of them disapproving of the attitude of the . A large part of the responses came from Argentines and Spaniards who came to defend Facu, among them Selem Safar and his “Hacete culiar”.

But among all the criticisms of the Los Angeles Lakers shooting guard, the Jaycee Carrollwho knows very well Campazzo del real Madrid, where they shared equipment. When reading Ellington’s post, the one born in Laramie, United States, he did not hesitate and replied with a harsh post: “Why doesn’t he act tough right now? He’s a tough guy…on Twitter.”.

Carroll’s message was repeated several times between responses to the Lakers player. Most of the internet users They pointed out the attitude of threatening Campazzo on social networks and not having said anything to him after the game.

Jaycee Carroll and her defense of Campazzo. Image: BasketNews.com

With Denver already qualified for the Playoffs and with its position in the Western Conference secured, Michael Malone He decided to give the Argentine more minutes, whom he relegated a lot this season compared to what 2020/2021 had been. In fact, before the 2m49 that he played against the Memphis Grizzlies last Thursday, he had not played eight games.

Given the opportunity, Facu started with everything, determined to show that he deserves his chance. With touches of the best of his game, he added 3 points (1-4 from the field), 4 assists and 2 steals in just over eight minutes. However, with 7m27 to go until the end of the second quarter, everything changed. In an attempt to penetrate, Mac McClung pushed him slightly and He took him off the field, something that was not considered a foul by the match officials.

But in the continuity of the play, Campazzo rejoined and, in the fight for the rebound of the missed shot by Howard, he shoved Wayne Ellington hard in the back. The referees immediately sanctioned him for a flagrant foul and he was expelled from the game, in what was ultimately a 146-141 loss.

With this bitter end, Campazzo closed his second regular season in the NBA, in which he averaged 5.1 points, 1.8 rebounds and 3.4 assists per game in 18.2 minutes.