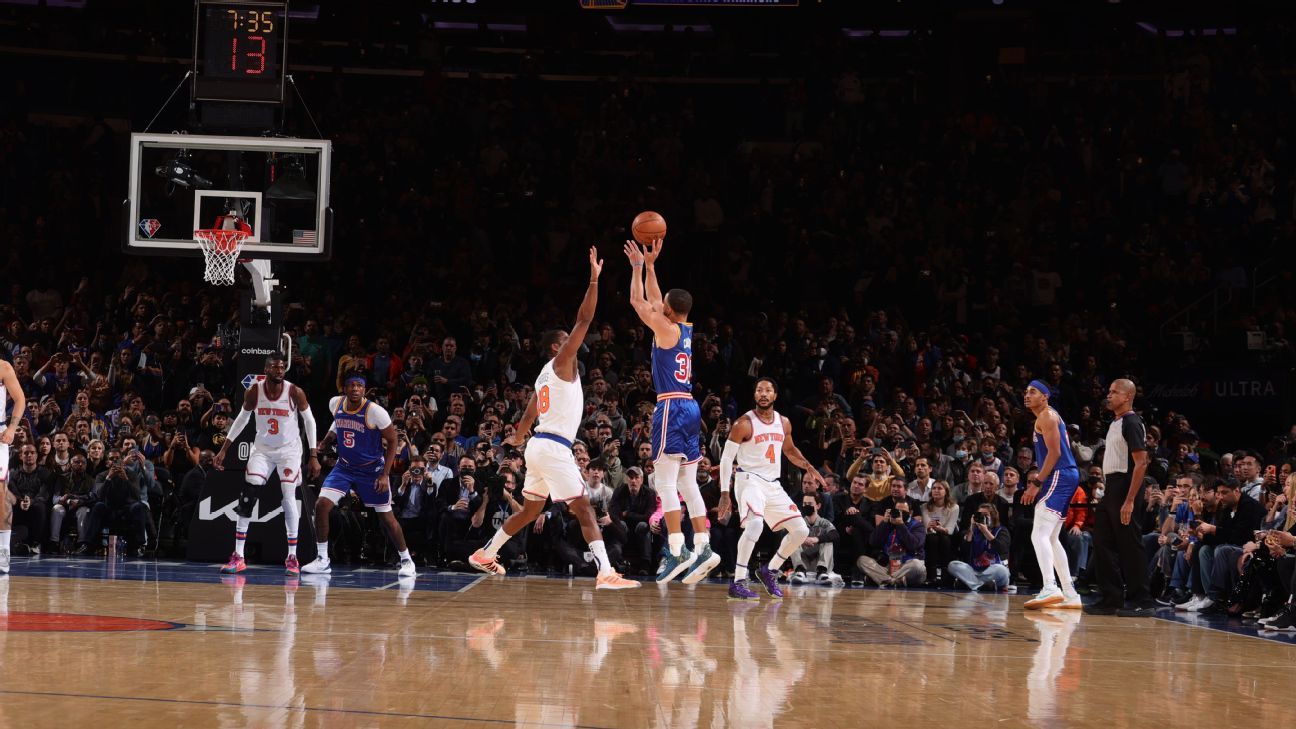 U.S — Stephen Curry He became the NBA’s leading scorer from beyond the 3-point line on Tuesday by surpassing Ray Allen’s all-time record and achieving his 2,974 triple basket at the start of the game between the Golden state warriors and the New York Knicks.

When the match started, Curry He was two baskets away from beating Allen’s record, who retired in 2014 when he played for the Miami Heat with 2,973 3-pointers under his belt.

Amid the anticipation of the Madison Square Garden in New York, Curry was eager to shake off the pressure of getting past Allen. His first shot against the Knicks, a minute into the game, was a 3-pointer that he executed to perfection.

And the base of the Warriors showed his satisfaction in equaling Allen’s record. On the next possession, Curry tried the triple that would put him over Allen but the ball refused to go in. Curry wouldn’t try again until 3 minutes later. And this time it was the final one.

As soon as the basket went up to the scoreboard, the Golden state warriors they requested a timeout so that Curry could be congratulated by the entire team as well as by his father, Dell Curry.

Father and son embraced on the track of the Madison Square Garden and the Warriors point guard handed his father the ball with which he had broken Allen’s record. A ball that is now invaluable.

The new record increases Curry’s dimension as one of the great players in all of NBA history, the player who changed the way teams approach games with his ability to shoot from long range, sometimes even from the logo. central court