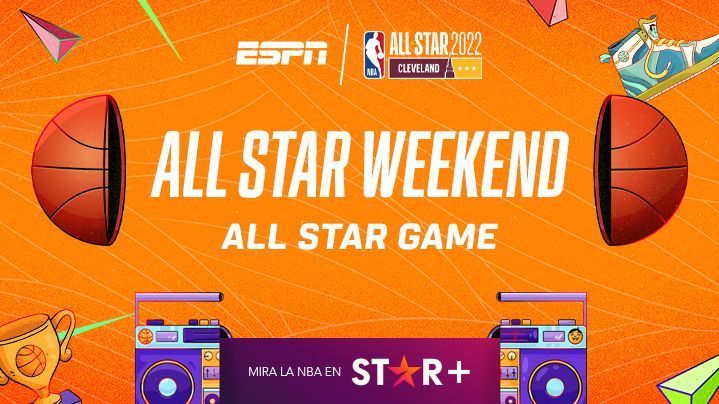 Once again the NBA All Star Game arrives on the Star+ & ESPN screen. This time, a very special edition since it takes place in the middle of the celebrations of the National Basketball Association for its 75th anniversary.

The Cavaliers welcome sports fans to their home to live three days of the highest level, with the biggest stars of the League chosen by the public and shows that will surely leave a new memory in the memory of each one of the viewers .

These are the teams that will participate in the game:

These are the participants of the dunk contest:

Jalen Green – Houston Rockets Cole Anthony – Orlando Magic Juan Toscano Anderson – Golden State Warriors Obi Toppin – New York Knicks Notably, Anfernee Simons of the defending champion Portland Trail Blazers will not be in attendance this year, setting the stage for a new winner of the most striking contest that the NBA has presented in the history of the All Star.

For this weekend, the NBA decided to modify the famous skills contest by transforming it into a three-team competition, who will participate in shooting, passing and dribbling challenges.

Who are the leading teams?

Starfall in Cleveland! Everything ready for the NBA ALL-STAR 2022 by Star +