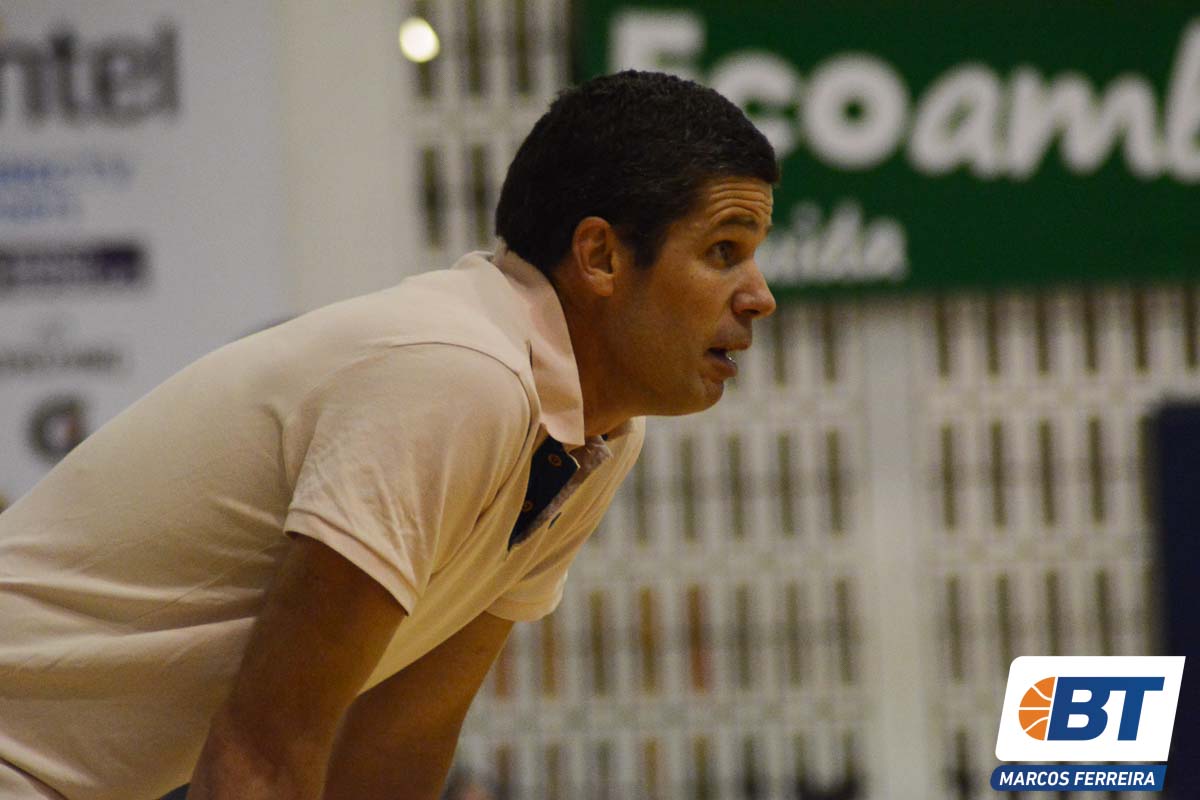 The round of coaches of the Women’s Basketball League arrived at the Capurro club to talk with Andrés “Cacho” Jones, who will once again lead the red-black team.

This year, unlike other years, as it usually happens on the economic side, we had to be alone, we could not count on Manuel Castro as a technical assistant like last year, but on the other hand, although we do not have it, we have a teacher who is something important for growth and this year gives us a bonus that we did not have.

How important is it to continue leading the club?

This is going to be the third year, it gives me important knowledge, the search for alternatives and different situations to see if we can grow once and for all because we are already at a stage in which we have to seek sports growth to try to empower the club .

How do you achieve that growth knowing that last season was good?

The Cup is a prize and we enjoy it, but in terms of sport we have to aspire to more, the idea is clearly to try to improve it from last year.

How is the preparation of the campus?

It comes in handy, it cost a little after what was the reinstatement to the court the issue of assistance because not being a professional makes it quite difficult for extra basketball activities. We have not had many practices where we can get to do a 5 x 5, have game resolutions, but those that come have a very good commitment, we aspire to growth and mental game more than basketball at the moment.

Did you have any friendlies?

Yes, we played three friendlies, two with Montevideo and one with Trouville. On July 25 we played the second with Montevideo where I noticed a nice evolution in what is offensive game, generating options to be able to convert, which is something that always cost us a lot, it was always a category in attack that cost us, but we are improving it. which is very good

How are they going to make up for the losses of Analía Martínez and Rocío Mott?

There are two important casualties without a doubt, but luckily we have been joined by Florencia González, who was a player from the club who did not participate last year and conceals a little their absence from a squad that is very small.

Are they going to have a foreigner?

At first the club asked me if I was interested in having April come and the idea was that the board was going to get a sponsor and I did not get involved in that, I stayed for that, I came to practice and I meet her to train, the It was really a great surprise for me and for the whole group, the only one who knew was Lorena Sapio who was in charge of the whole move since in addition to being a player she is a delegate, she belongs to the board and now also a contractor (laughs). Abril Ramírez comes from another place, she is active in filming, something that is going to help us a lot and we have had her since the beginning of the year, we hope to improve that result and positions according to last year.

How is Jones’s project in front of the Capurro women’s team?

I am very much into the idea of ​​work progressions, although I am very comfortable I feel that we are in a stage of wanting to grow, at the beginning we were getting to know each other, that I transmitted ideas and concepts to them so that they could have. Then due to different circumstances last year that was a large squad, with injuries and with few assists, we did not have the growth that both I and they wanted to have so I hope this year to be able to provide them with more tools to be able to solve in a better way and thus have the growth that we all want.

What is the balance sheet you do?

Now, as much as we lack, we prepare better than last year, at this point in 2020 there was the uncertainty of when we were going to play, so little thought had a squad of 15 players with a lot of game diversity, lack of game and very diverse technically what it cost us in terms of collective situations. This year, that did not happen to us and from that place we are better, there we are lucky that I was able to provide them with more tools and game concepts.

What are the club’s goals for this season?

It is to improve last year and raise the level, it is clear that we are not going to be able to beat the champions Malvín and Defensor Sporting, but we will at least narrow that gap between one team and another. We have to enlarge the squad to have a better rotation, to maintain a certain intensity to precisely neutralize the rival a little and be as competitive as possible.

What do you think of the dispute form?

It seems barbaric to me, I fully share it, even though there are people who complain that there are games where there are wide differences between the teams, it is good to share with everyone and measure that rod if we evolve when we have to face those teams that defined the tournament on last year, see if we raise the bar. Later in the second half, go to compete with those of our level and look for the best possible results.

What do you think of the diffusion of women’s basketball?

The diffusion really is tremendous, it is barbaric, the growth is noticeable, the knowledge of people who are not fully integrated through television, social networks and the web.

What message do you leave for the Capurro fan?

Let them know that we are working with the goal of group and individual growth, I hope we can give you the results with all this.

Is Andrés Jones playing the next DTA?

I might play, I really don’t know yet, I enjoy basketball, it’s not a bother for me to go to training, I have a good time. I get hot sometimes, but I understand the reality of the clubs to see what they are going to do. I want to play, but I am not going to warm up if it is not my turn and I also know that at some point I have to direct and know if I am ready for that. Although I want to play, if tomorrow a cadre calls me to direct, I will evaluate it.